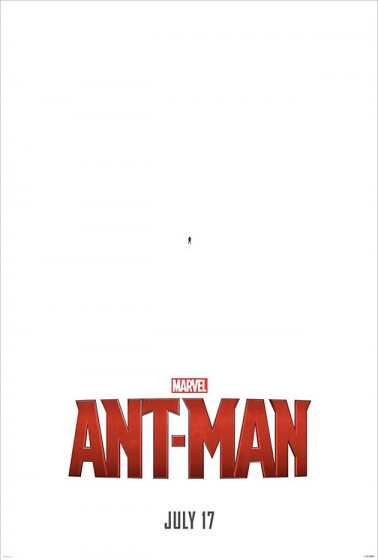 I’m a fan of what Marvel does. A series of interconnected movies about superheroes, stories told with intelligence and humour, they’re wildly and deservedly popular and, for better or worse, have changed how Hollywood makes movies. I read the comics since I was a kid so every time a new movie shows up I tend to experience a little jolt of rediscovery and nostalgia.

The danger with any series where the hits keep on coming is slavish devotion to formula. Marvel has been avoiding that by cleverly introducing new and very different superheroes to their roster, mixing up the genres and going deep into the catalogue for some of their most unlikely characters—witness last summer’s obscure but beloved Guardians of the Galaxy.

But they haven’t been entirely free of repeated tropes: the scientist who builds a super-suit, looking for redemption for past misdeeds, facing off against a misguided nemesis, a former colleague who serves as a reminder of our hero’s darker, more aggressive impulses. Iron Man‘s three movies are basically variations of this theme, and it’s been imported entirely for Ant-Man, making for a disappointing sense of deja-vu. 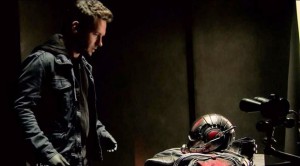 This time the scientist is a bit too long in the tooth for his own heroics: A frail-looking Michael Douglas is Hank Pym, the original Ant-Man who worked for super-spies SHIELD in years past. (The digital de-aging they do for him in an ’80s flashback is pretty amazing—he almost looks in his Romancing The Stone prime..)

Pym invented the ability to shrink himself to ant-size, which increases his proportionate strength. He can also speak to the ants, like a tiny Dr. Doolittle. Haunting him: the death of his wife, Janet, once known as The Wasp.

His somewhat-estranged daughter, Hope (Evangeline Lilly), now works for former Pym mentee and psychopath Darren Cross (Corey Stoll), who’s looking to weaponize Pym’s shrinking research (the “Yellowjacket” suit) at the company Pym founded in San Francisco. In order to stop him, Pym recruits Scott Lang (Paul Rudd), a burglar trying to rebuild his life (and raise some childcare support payments) after a stretch in prison. Scott has a young daughter (Abby Ryder Fortson) in the care of his ex-wife (another thankless supporting role for Judy Greer in a summer of them) and her new guy, a cop (Bobby Cannavale). Despite his efforts to go straight, Scott’s still hanging out with heart-of-gold n’er-do-wells, career criminals like Luis (Michael Pena), Kurt (David Dastmalchian) and Dave (T.I.). 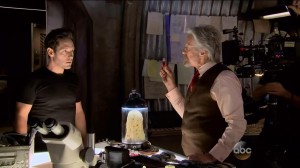 Though Rudd’s superheroic credentials feel unproven by Ant-Man, he remains the most likeable leading man around—I look forward to seeing him interact with some of the other Marvel heroes in future movies—and after 50 years in the business Douglas is a total pro. But Lilly’s lack of vulnerability makes it feel like she’s teleported in from some other, more bleak superhero movie universe.

Aside from the nagging feeling of been-there-done-that, there’s a weird dullness to the production. It has the necessary continuity with the larger Marvel universe that’s required—including a nice mid-movie cameo from a new Avenger, and a couple of the requisite post-credit stings—but it also has an almost terminal feeling of very small stakes (no pun intended). I wish I cared more about all that’s going on in the plot. Knowing the troubled production—Edgar Wright, who developed the script for years, bailed out of Ant-Man at the 11th hour due to ye olde “creative differences” with the Marvel overlords—it’s probably a safe bet the movie’s problems are a result of those last-minute changes.

That’s not to say there isn’t fun to be had. Ant-Man has a certain appealing retro quality. After all, there is a whole genre of movies about shrinking men, women, and kids, going back to the 1950s. And in tone it reminds me as much of the campy live action Disney movies of the 70s as any previous Marvel movie. There’s more than a little of Herbie The Love Bug‘s motor oil in the DNA of Ant-Man—incredibly silly subject matter that knows what it is and gives something the kids in the audience are gonna enjoy. And I’m not going to badmouth those intentions. 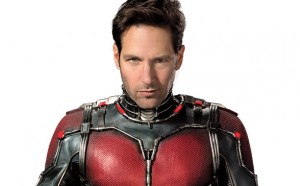 I just wish I’d come away feeling like Ant-Man wasn’t one of Marvel’s tinier entries.