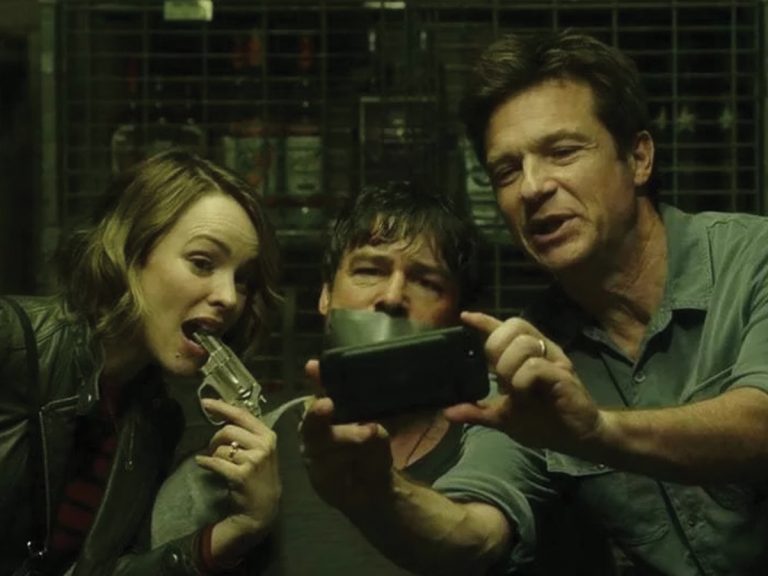 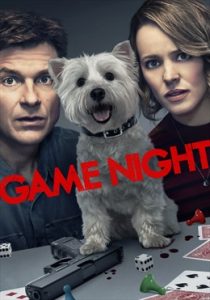 There’s a scene in this picture where a suburban couple, Max (Jason Bateman) and Annie (Rachel McAdams), work to remove a bullet from Max’s arm. They’re entirely incompetent, and worse, they can barely keep from tossing their cookies. It was then, at the end of the first act, that I lost track of the frequency of my LOLzes.

Game Night is a superior mainstream comedy. If, having read about it, it sounds to you like a cheerier version of the 1997 David Fincher picture, The Game, you’re not entirely wrong. 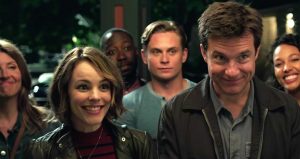 Max  and Annie are hardcore gamers and pathologically competitive. They have regular game nights with their close friends Kevin, Michelle, and Ryan (Lamorne Morris, Kylie Bunbury, and Billy Magnussen), and whoever Ryan’s dating at the time. They try and hide these get-togethers from their neighbour, Gary (the excellent Jesse Plemons), who’s the creepy ex-husband of a friend of theirs. On the evening in question, the friends—plus Ryan’s work-pal, Sarah (Sharon Horgan)—head over to Brooks’ place for Game Night. Brooks (Kyle Chandler) is Max’s brother, a good-looking, successful dude who aims to up the game night stakes and bring in a murder-mystery element to the good times. What the friends don’t know is Brooks has made some enemies, and when two actual thugs break in and take him away, our gamers figure it’s all part of the act. 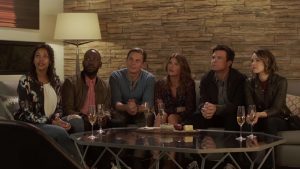 Fortunately, it doesn’t take them long to find out there’s a lot more going on here, triggering a chase across the unnamed city (mostly in and around Atlanta, Georgia) trying to catch up with Brooks and tracking down the MacGuffin the kidnappers want in exchange for his life.

Bateman and McAdams make a terrific team, both committing to their bits and playing well off each other. The key problem in their life is that they want to get pregnant, but the stress Max feels in competition with his more successful brother is inhibiting his swimmers’ modality. This whole motivational subplot feels tired and predictable, but it doesn’t detract from the zippy dialogue and frequent gags that enliven the rest of the picture. More fun are Kevin and Michelle’s bickering around the celebrity Michelle supposedly slept with, and Ryan and Sarah’s possible romance, despite his being thick as a plank, along with a healthy, though not distracting, pop-culture and zeiteist-mining sensibility in the script. 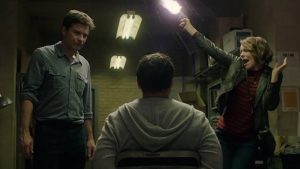 There’s something in the energy here that reminds me of the solid comedies of the 1980s, everything from Adventures In Babysitting to Risky Business. It’s in the better-than-they-need-to-be performances and action sequences—check out the mid-movie car chase, more creatively shot than any I’ve seen recently outside a Fast & Furious movie or maybe Baby Driver. It also has a pulsing soundtrack from the ever reliable electrosmith Cliff Martinez, whose work scoring Solaris and Drive helped elevate those films immeasurably.

Too many Hollywood comedies forget that a little style goes a long way, but Daley and Goldstein do well to remember. It makes Game Night a keeper.