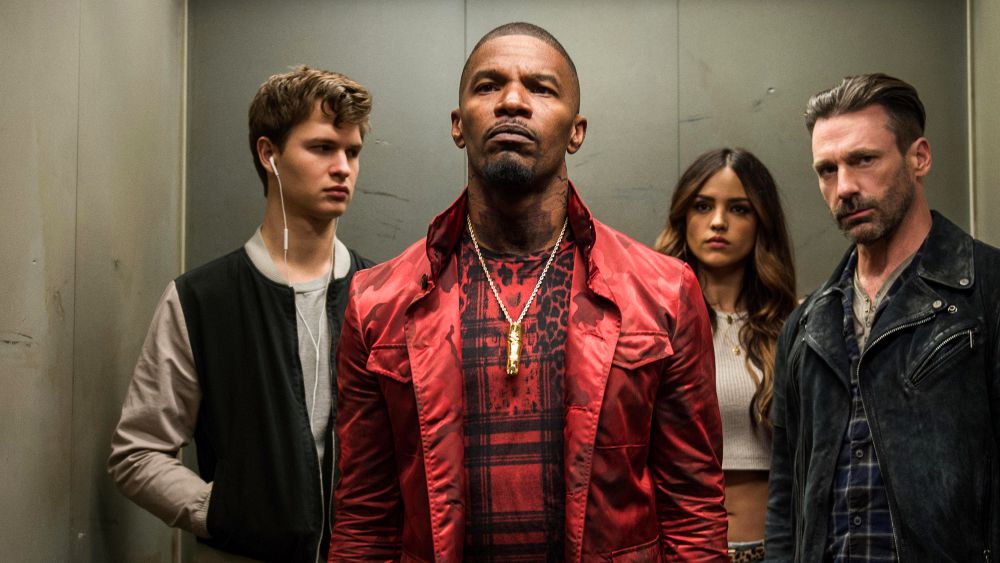 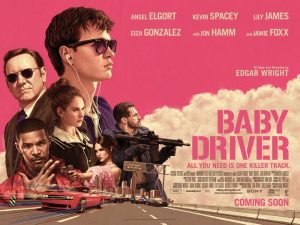 It feels like Brits want Edgar Wright to be their own personal Tarantino, the pop-culture obsessed filmmaker who will absorb all those Hollywood influences and create perfect, post-modern genre films for the 21st Century. He succeeded the first time out of the gate with Shaun Of The Dead, a peerless comedy horror. Since then he’s carved out a unique and personal filmography, but it hasn’t been greeted with the kind of universal approbation of his debut, at least on this side of the pond.

Baby Driver could change all that, a delightful dollop of summer escapism heavily indebted to the action films of Walter Hill and every car chase picture and heist movie you’ve ever seen, channelled through Wright’s unique wheelhouse. It’s not a classic, but it’s undeniably fun, and fun is something we all could use at the movies nowadays.

Ansel Elgort—who people may recognize as the bland love interest and brother, respectively, of Shailene Woodley in  The Fault In Our Stars and Divergent—is the titular Baby, a talented Atlanta getaway driver  with a troubled past who owes a debt to Doc (Kevin Spacey), a criminal mastermind who orchestrates bank robberies with a rotating crew of associates. They include ones played by Jon Hamm, Jamie Foxx, Jon Bernthal, Eiza González, Lanny Joon, and Flea. When Baby isn’t driving he’s taking care of his foster father (CJ Jones) and frequenting a local diner, where he catches the eye of a server, Debora (Lily James). 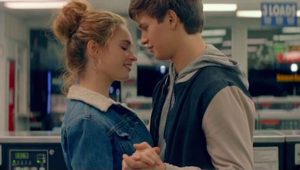 Wright has always had a gift with zippy shooting and terrific, high impact editing (witness Hot Fuzz and Scott Pilgrim vs. The World), but the achievement of the initial car chase in Baby Driver cut to a Jon Spencer Blues Explosion song (Baby constantly listens to tunes on a selection of iPods) is alone worth the price of admission. That sequence is immediately followed by a bravura uninterrupted tracking shot of Baby getting coffee as he listens to Bob & Earl’s version of “Harlem Shuffle,” with lyrics from the song appearing as graffiti on the walls and lampposts he passes on the street. The stylistic flourishes and clever, hip, but not too-on-the-nose soundtrack choices establish the tone from the get-go—this is going to be a good time.

Baby Driver is a lot more wholesome than the language and R-rating would lead you to believe. Elgort, who succeeds in delivering more charisma than in his previous roles, channels a little Elvis Presley in his Baby, which suits both the character and the echoes of the trashy 1960s teen pictures starring The King. Key tension comes out of Baby’s inherent goodness as he steps in and out of his life of crime, especially as he gets close to Debora and starts to dream of escaping down the highway with her. All this is much squeakier than True Romance, which it superficially resembles, or Drive: Baby is unlikely to kick a guy’s head in like Ryan Gosling did. 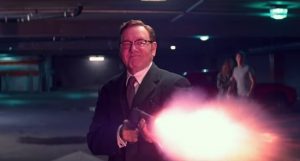 This is fine, though Wright’s dazzling directorial choices take a bit of a backseat as the plot establishes and gives Jon Hamm and Jamie Foxx more to do. It’s a shame, actually, because the genre elements are fairly rote—what makes the film special is Wright’s enthusiastic stylistic homages. When the movie becomes about whether Baby will do the last job for Doc, or if Bats (Foxx) or Buddy (Hamm) will kill him before that last job is done, it goes a little flat. Despite his gift for editing, Wright could learn a thing or two about pacing—his films are all a little too long. 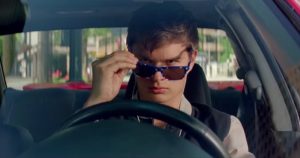 But the sharp gags, the music, and the impressive action choreography win the day, this despite plotting that occasionally gets in the way of Baby Driver‘s strengths and the lack of a satisfying car chase in the finale. Don’t hesitate to see it on the big screen, or if you’re fortunate enough to live near one, at a drive-in. The chassis of Baby Driver is built for that kind of cinema experience, and Wright’s singular vision and enthusiasm for his car-movie/heist-movie antecedents delivers in the turns.