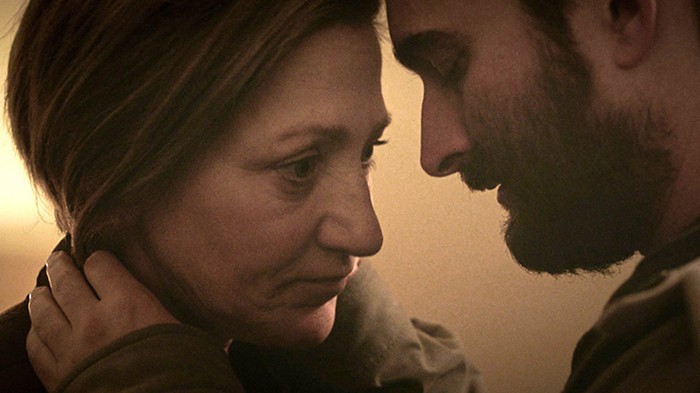 Another season of international and documentary film at Carbon Arc Cinema has nearly concluded, three months of weekly films screening at the Museum of Natural History.

The final event at Carbon Arc before it shuts down for the summer is AFX: The Animation Festival Of Halifax, taking place May 10 to 12. Click here for more details.

The screenings of international cinema have been as diverse and interesting as ever, including films from Poland (The Last Family), Japan/US (Oh Lucy!),  and France/Senegal (Félicité), a swath of documentaries, including Jane, School Life, and The Stairs, a selection of world-class adverts, The Cannes Lions International Festival Of Creativity, and even a Metric concert film, Dreams So Real.

Here are a few capsule reviews of the films I was fortunate enough to see: 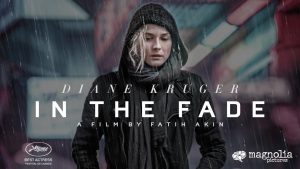 Fatih Akin’s German thriller is, at its core, a character study. Diane Kruger is Katja, a woman whose son and husband are killed by a bomb. The long middle act is all courtroom procedural, where Katja seethes at being in the same room as a couple of white supremacists who may have done the deed, interspersed with sad, domestic scenes of her wrestling with grief and the residue of addiction. 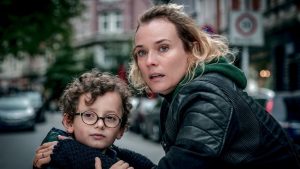 The guilt or innocence of the accused—there’s not really much doubt—is a bit of a sideshow to Katja’s emotional journey, undermining the genre signposts, and I wasn’t convinced the ending was justified, but this the best I’ve ever seen Kruger. Her performance raises the level of everyone around her, and is the real reason to see the film. 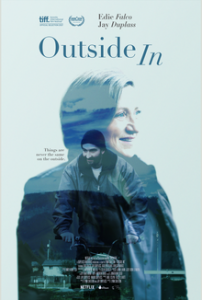 A insular, heartfelt drama from American indie filmmaker Lynn Shelton (in partnership with the Duplass Brothers), whose Pacific Northwest charmer Your Sister’s Sister from a few years back was a favourite of mine. Like the Tragically Hip song, Chris (Jay Duplass) is 38-years-old, and he’s never kissed a girl, having spent the past two decades in prison. Coming home, he’s remarkably open-hearted, deeply in love with his former English teacher (Edie Falco), who advocated for his release. She’s married with a teenage daughter, complicating matters. In some ways this story feels tiny and implausible—how could this guy spent half his life behind bars and still be so kind? But every character is compelled to speak their truth, no matter how awkward or painful it might be to whomever is listening. It’s both inspirational and sweetly gentle. 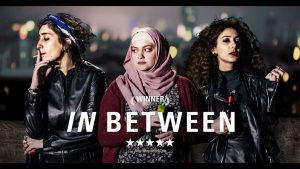 Two young Palestinian women share an apartment in Tel Aviv. They’re progressive, like to go to clubs and have fun. They’re joined by a third, much more conservative flatmate, engaged to a man who’s appalled at the behaviour of other two women. Maysaloun Hamoud’s film threatens to meander away from any adherence to plot, but a shocking moment of violence about halfway in brings everything into focus for all three leads. It’s a potent story of sisterhood and women’s struggle for personal freedom in the face of institutional patriarchy, and it’s a window into a world where traditional values slam up against urban life the 21st Century. 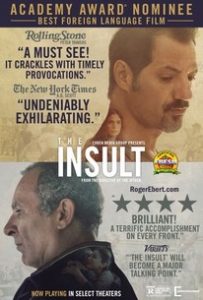 At one point in Ziad Doueiri’s  pot-boiling Lebanese legal drama, a witness says he feels sympathy for a Palestinian refugees, but if he gives them a job, they’ll stay in the country, and Israel wins. The film digs into that kind of complexity, the relationships between the newcomers in Beirut and the residents, separated by religion, class, and personal experience, but living together in the shadow of war and generational trauma, all framed by the conflict between two prideful men. There are moments where the narrative tips into melodrama, but as a window into a particular corner of Middle Eastern strife, it’s fascinating stuff. 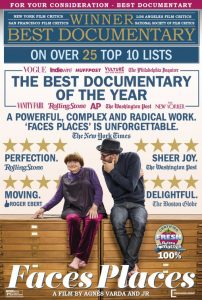 Agnes Varda is a big name in French cinema, for those who don’t know, with a long career making features and documentaries. Here she teams up with photographer JR and they drive across the countryside in his truck and together create imagery that he prints in large scale. The artists make for a delightfully odd couple, and the work has a way of uniting communities of people they encounter. The film works as an examination of the creative process and a travelogue, with a touch of melancholy while Varda entertains the ghosts of the past as she pushes into her 10th decade.

It’s lovely and light, though will likely mean more to an audience that already has a relationship with Varda and her works.