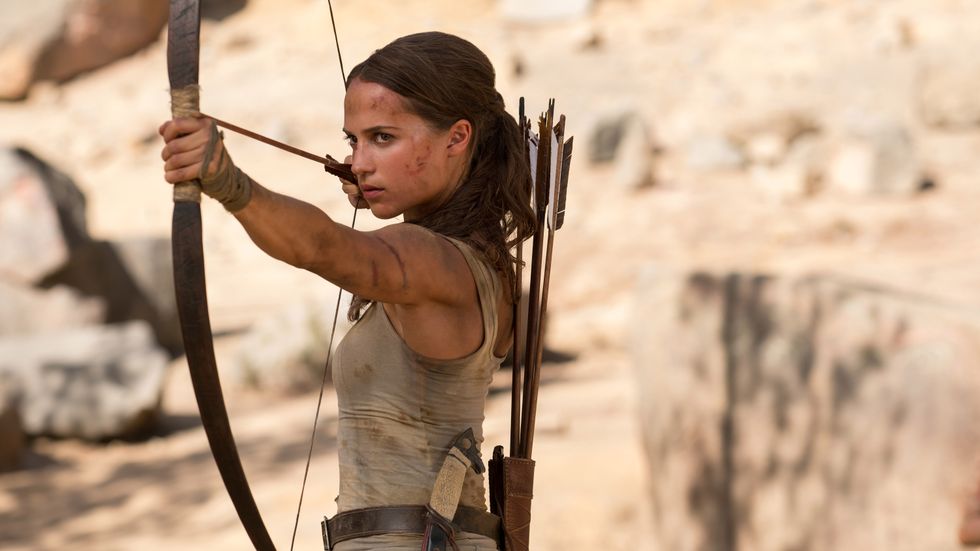 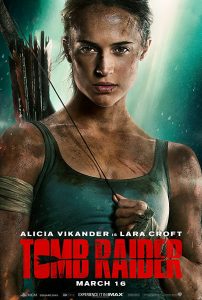 I can barely recall the Angelina Jolie Tomb Raider movies. What I do remember is Jolie’s Lara Croft was a largely personality-free automaton who looked great kicking ass. Was it a pre-007 Daniel Craig’s ass she kicked? Maybe. And then, in a second picture, Gerard Butler.

The massive investment in video game adaptations continues unabated, each as bad as the last, but this new Tomb Raider has a big advantage over any number I could mention, and that’s Alicia Vikander. A reboot to the franchise, following the video-game reimagining from 2013, it imagines a greener, younger Lara Croft. She may have been to the manor born, but when we meet her she’s a long way from her privileged upbringing.

She’s a London bike-messenger, competitive and aggressive, but also broke and living in an East End bedsit. A figure from her past (the always excellent Kristen Scott Thomas—I’ll anticipate a sequel where she’s more involved) shows up to ask Lara to sign papers and declare her father (Dominic West) dead and collect her inheritance, but one of her father’s puzzle doodads leads Lara to key documents that may help her track down where Dad ended up—a remote island in the Pacific—and its secret tomb, naturally. 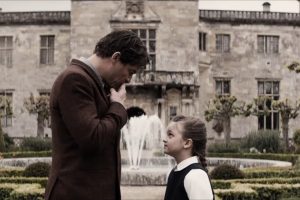 There’s a father-fixation here in the film’s thematic bedrock, hobbling Lara’s natural coolness to some degree, but the plot solves the issue by the film’s conclusion. If that makes the movie a coming-of-age picture, there are worse things it could be.

Norwegian Uthaug can direct action capably enough, though resorts to dodgy green-screens and so-so CGI a little too often for my tastes. The film is also deeply indebted to Raiders Of The Lost Ark, which didn’t bother me too much—if you’re gonna steal, you may as well steal from the best, and there’s a strong argument the video game has always been just an Indiana Jones knock-off.  It’s too bad Uthaug wasn’t also inspired by Raiders‘ live-action stunt work and sets, which here would’ve made for welcome grit.

A movie like this also needs a good villain, and Walton Goggins delivers. He’s got a spoonful of spaghetti western in his veins, and is perfectly hissable here.

Vikander makes for an engaging heroine. She improves the material with her commitment, is vulnerable when necessary, and while she walks away barely scathed from too many bone crushing falls and fights with men twice her size, she’s also put in the work to look like she can do it— she’s got the physical chops to make the stunts halfway plausible. 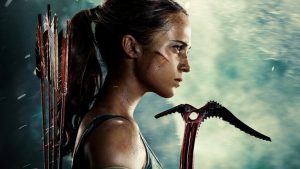 Tomb Raider may not provide the magic formula that ultimately makes for quality video-game adaptations, but at the very least it’s an arrowhead flying in the right direction.