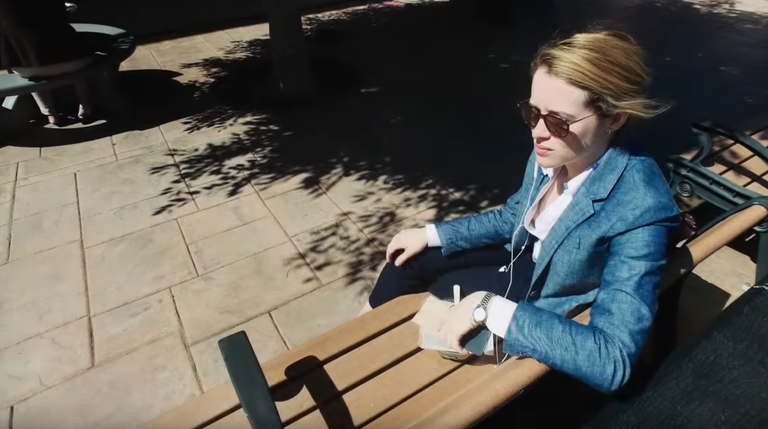 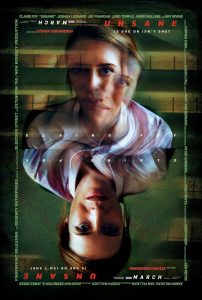 A genuine genre exercise from an Oscar-winning filmmaker who’s never been afraid to tackle mystery and thriller variations, from The Underneath to The Limey to Contagion to Side Effects. He took a four year break from filmmaking—if you don’t count the many hats he wore on Magic Mike XXL—to do other things like The Knick, but now he’s very much back to the big screen, with this horror/suspense drama and last summer’s Logan Lucky. Soderbergh is never less than interesting, and Unsane is for the most part a gripping, claustrophobic picture, one that (just like Side Effects), dances with one genre before committing to another. It’s not entirely successful in this transition, and I think it sacrifices some relevance by making the choice it does, but it’s still worth seeing. 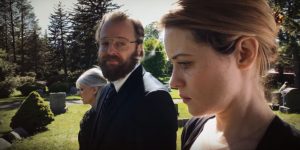 Clare Foy, so recently Queen Elizabeth II in Netflix’s The Crown, is the excellently named Sawyer Valentini, a Bostonian bank analyst transplanted to somewhere in Pennsylvania. She’s a little stressed and emotional, but when she reveals to a therapist at a psychiatric facility she’s had depressive thoughts, she finds she’s been committed to the institution for a period of observation—first for 24 hours, and then longer. It might all be an insurance scam, or there could be genuine cause for Sawyer to be there, especially when she begins to think a former stalker (Joshua Leonard), is one of the orderlies on the staff. 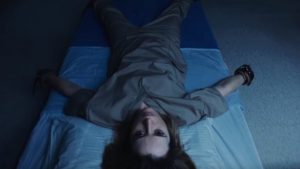 All of this is compellingly Hitchcockian stuff, aided in no small amount by Foy’s seething anger and confusion, and the prowling, fish-eye cinematography, apparently all shot on an iPhone. I struggled a little with Foy’s accent, slightly Bostonian, slightly mid-Atlantic, but it’s not a distraction.

The question of Sawyer’s state of mind, that’s where the blood of the thing flows. So long as the film keeps us guessing about that, it has a lot of potency. A lot of allegorical power, too, as the film seems to be working out how women have had to put up with the unwanted attentions of men for a millennia. 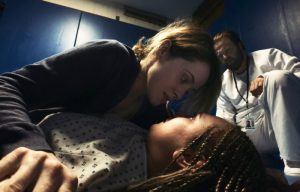 It’s when the truth is revealed—the film makes up its mind what’s really going on about 45 minutes in— that it loses a lot of its potency, trades it for something else—something explicit. And that’s too bad, in some ways. There’s a scene in a literal rubber room, one that goes for full horror and manipulation, which upends some of the themes of the earlier part of the film. And the third act also goes on a lot longer than it needs to.

While I was a little disappointed in these choices, I’m still impressed with what Soderbergh and his lead have done here. Your skin will crawl.