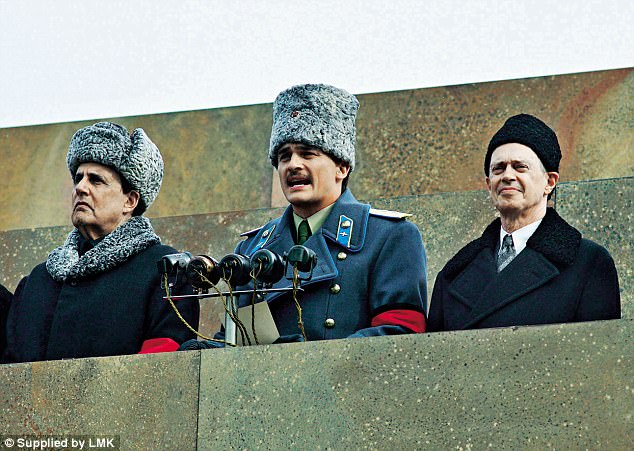 Directed by Armando Iannucci | Written by Iannucci, David Schneider, Ian Martin, and Peter Fellows, from the comic by Fabien Nury and Thierry Robin | 107 min | Crave Plus 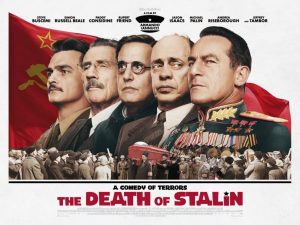 I have been on my horse for awhile on a particular Hollywood conceit: When English language films take place in foreign lands all the actors speak in accented English. As if that somehow makes it more authentic. In a film like this, supposedly set in 1953 Moscow, the British and American actors should be speaking English with Russian accents. But they aren’t.

And thank the fucking stars.

Iannucci gets it. The accent thing is bullshit. It’s lame and old-fashioned and doesn’t work anymore. Yes, The Death of Stalin is a period comedy, so some might say that gives it a pass—the so-called rules get thrown out the window for the sake of laughs. Steve Buscemi’s Brooklyn-ese is right up there next to Michael Palin’s friendly Brit, with both actors playing historical Russians. But it’s great. It doesn’t matter one whit. Let this be the start of something new and throw that cliched accent shit in the crapper. 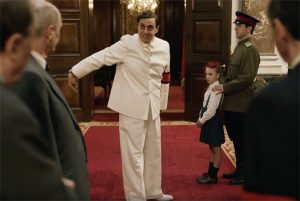 OK, now we’ve taken care of that bit of housekeeping…

The Death of Stalin is hilarious. Iannucci—who’s famed for his work on the British series I’m Alan Partridge and The Thick Of It, which became the film In The Loop, and then found big audiences on American TV with Veep—has added to his excellent resume of ribald, sophisticated political comedy with this look at the end of Stalin’s regime and the struggle for power following his unexpected death. It seems a strange subject to inspire big laughs, but the film very much succeeds, first by mining humour out of the fear Stalin inspired, and then by the ravenous power struggle that immediately followed. 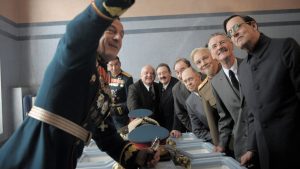 Iannucci assembles an A+ cast of comedic actors—aside from MVPs Buscemi and Palin, there’s Simon Russell Beale, and Jeffrey Tambor, with support from Jason Isaacs, Dermot Crowley, Paul Whitehouse, Andrea Riseborough, Rupert Friend, Paddy Considine, and Olga Kurylenko, amongst others in a sterling ensemble, and gives them reams of laugh-out-loud dialogue. This is a film packed with terrific lines and great moments of physical comedy—the appalling violence and absence of human rights a springboard for playful, irreverent dark gags.

I also liked that he doesn’t skimp on the historical detail, sets, locations, or costumes. If it wasn’t so outrageously funny it could easily be adjusted to suit dramatic notes. 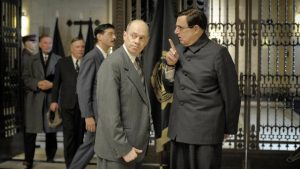 Now that Iannucci has pretty much revived the historical comedy—a genre previous explored by the likes of Woody Allen and Mel Brooks—I’d love to see him turn his eye to other lugubrious moments in history and stuff them full of laughs. Don’t stop, Armando!