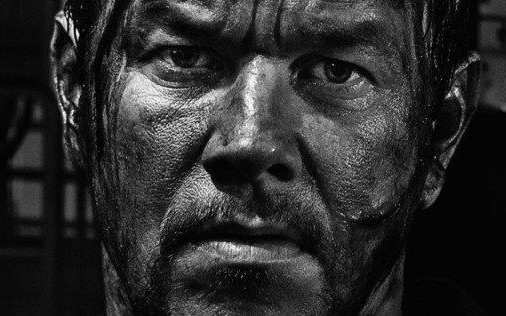 Directed by Peter Berg | Written by Matthew Michael Carnahan and Matthew Sand, from an article by David Rohde and Stephanie Saul | 107 min

The worst oil spill in history took place in the Gulf of Mexico in April 2010 at the Deepwater Horizon rig, operated by BP (formerly British Petroleum). Almost five million barrels of oil gushed into the ocean. Everyone remembers the widespread environmental devastation, the reports of aquatic life dying, the billions BP spent to clean it up, and the billions they paid in fines. This film isn’t about that part of the story, which feels a little like the filmmakers have buried the lead. As terrible as the accident was, killing 11 rig workers, this is a much bigger piece in its impact on the world, both environmentally and economically.

That said, the film is entirely effective as a brutally suspenseful, tautly told action thriller.

Peter Berg’s never been the most subtle of filmmakers—amongst his oeuvre he counts clunky superhero yarn Hancock and boardgame adaptation Battleship—but here he uses his meat-and-potatoes filmmaking to build a masterwork of tension. We start with the requisite family scenes to establish stakes: Mike Williams (Mark Wahlberg) leaves his wife, Felicia (Kate Hudson) and child for 21 days on the rig, joining supervisor Mr Jimmy (Kurt Russell) and Andrea (Gina Rodriguez) in the chopper. Also aboard the rig are the BP weasels, lead by Don Vidrine (John Malkovich rocking a Cajun accent), and right away we learn they’ve cut corners, cancelling essential pressure tests because the operation is way over budget without anything to show for it.

The technical side of what the rig and its equipment is designed to do is clearly delineated, making the inevitable spill and explosion, lashed by terrific sound design, that much more terrifying.  And though we don’t get a lot of time with the supporting cast, they still come across as distinct characters.

When the thing finally blows, it feels like the end of the world—an apocalypse of fire. There must have been plenty of CGI in use, but aside from where they show us the inside of the pipe and the ocean floor, it’s invisible and entirely effective. Big props to Wahlberg and Russell for providing the heart and brains, respectively, to the movie, but Berg especially can take a bow—he’s delivered the best film of his career, a genuine white-knuckler.