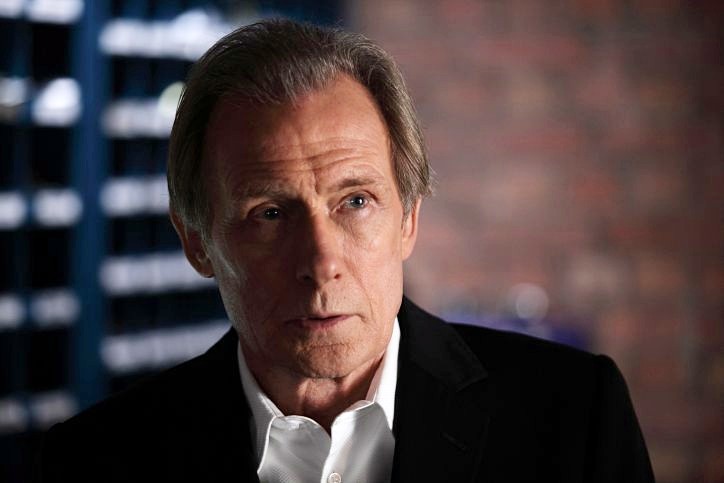 A series of features made for British television, these are now available on Blu-Ray and online.

Pravda playwright and The Reader screenwriter David Hare is a legend in British theatre circles. He’s written and directed a bit of a John le Carré-style British spy classic in Page Eight. Made for the BBC, it was released here in 2011 and now has two sequels—Turks & Caicos and Salting The Battlefield.

Though number two and three aren’t quite up to the standard of the first, taken as a whole this is involving and intriguing espionage fun, looking as good as most recent big screen spy pictures, with a stellar, shifting cast delivering in each program.

Given this week’s news from the United States,  combined with the ongoing Edward Snowden situation, this tale of honour crossing paths with deceit, the control of  information about the torture of prisoners, and the relativity of truth, feels especially relevant. 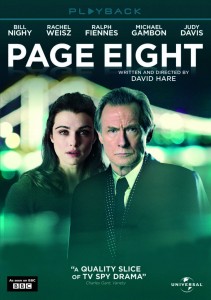 Johnny Worricker (Bill Nighy, fitting in the role like a Saville Row suit) plays a straight-arrow M-I5 man, hollow from too many hard years and difficult relationships with his ex-wives (including Alice Krige), and his up-and-coming art star daughter, Julianne (Felicity Jones), but still with a firm grip on his professional role and his position at the office, working for his old Cambridge buddy, Benedict (Michael Gambon), and sparring with a prickly colleague, Jill (Judy Davis, as fierce as ever). 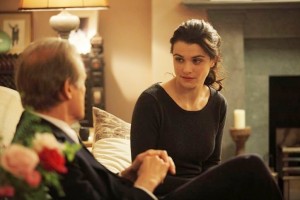 Johnny gets suspicious when a neighbour, Nancy (Rachel Weisz), gets a little too friendly. He tasks his journalist contact on the M-I5 payroll (Ewen Bremner) to check her out. 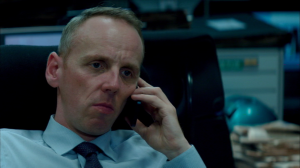 Meanwhile, he discovers the office of the Prime Minister (Ralph Fiennes) has been keeping secrets from parliament and its intelligence services about where and when their buddies at the CIA have been torturing terrorist suspects. How is it all connected? Who will Worricker choose to trust? 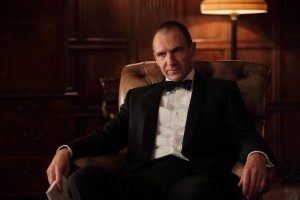 Hare’s typically wordy and deft dialogue is electric. It fills scenes—none of it feels rote or anything close to predictable. His direction is clean—well-lit interiors combine with solid London and Cambridge location work to make for a very good-looking film.

This is a world you want to spend more time in, and Johnny’s a damn likeable, if flawed, guide. Even his taste in jazz is bang on. 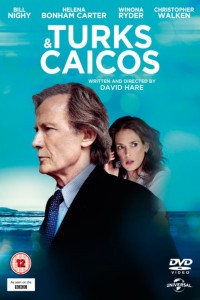 Great to see aging spy Johnny Worricker again, despite his being transported to a Caribbean milieu that doesn’t quite fit him like the corridors of Whitehall. We first find him on the beach in black slacks and shirt, babysitting.

There’s intrigue on the island.  Johnny—incognito as Tom Elliot—comes across a few big players in the American hotel business. A fellow from the CIA, Curtis (Christopher Walken), is involved. One of these dudes dies unexpectedly. It may have been murder. 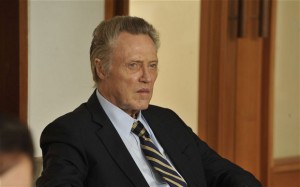 Back in London, one of Johnny’s exes, Margot (Helena Bonham Carter), is working for a financier, Stirling (Rupert Graves), who’s also connected to what’s happening in Turks & Caicos. Working with the hoteliers is Melanie (Winona Ryder) , a high-functioning alcoholic with a grim history. She may be looking for a white knight to rescue her from all this ugliness, or she may be too far gone to save. 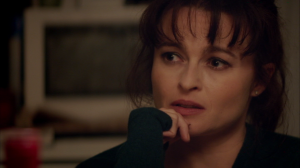 The problem, if there is one, is the stakes here don’t seem nearly as high as they were in Page Eight. Shady middle-aged men from New Jersey  in casual shorts at the floating bar are nowhere near as scary as Judy Davis’ gritted teeth or feral Fiennes as the PM. And the piece definitely misses the mystery of Rachel Weisz’s Nancy. Despite the charms of Helena Bonham Carter, I didn’t as much buy her chemistry with Nighy—though his relation with all these women has a definite paternal quality to it, given the clear age difference. Ryder is convincingly brittle, reminding us of her gifts as a performer. 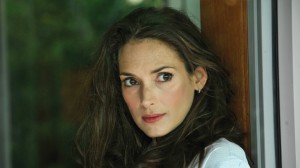 Ryder’s due for a career resurgence, isn’t she? Everything 90s is cool again, and those of us who loved her then—and we are legion—would enjoy seeing more of her. Her contemporaries—the Naomi Watts and Jennifer Connollys of the world—are still working more than she is. C’mon casting agents, get behind me on this one.

But back to the story at hand: Turks & Caicos feels a bit more like a western, where Johnny is the rogue lawman in town, like a more stylish, English Jimmy Stewart, guided by his unerring sense of justice. Things do eventually loop back to the secrets of Page Eight. Suffice to say, it’s not all about real estate. 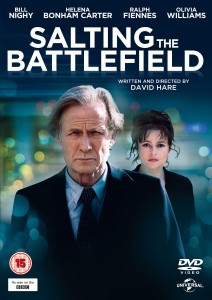 This one starts with a much lighter, even playful, tone. Hare manages to bring that wonderful jazz score (which reminds me of The Odd Couple theme, weirdly) into the body of the piece, as Johnny and Margot hop from one rented apartment to another all over Germany, just one step ahead of M-I6.

Back in Blighty, Johnny’s daughter Julianne is very pregnant, and the chickens of the first two chapters of this entertaining yarn are coming home to roost, with the press catching wind of the Prime Minister’s connection to those sketchy characters in Turks & Caicos. 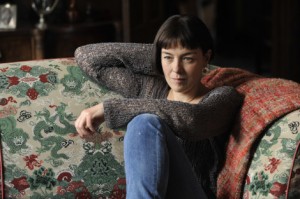 Olivia Williams gets a few plum scenes as Olivia Kay, the editor of The Independent, the paper revealing this scandal-plagued story. Both Judy Davis and Saskia Reeves have more prominent roles, their manicured nails on the political cogs, while Helena Bonham Carter, as Margot, has a lot more agency. Bringing more of the female cast to the fore upends the drama in a good way. We finally begin to see Worricker’s humanity, and how as the story’s hero, he’s just a piece of a puzzle looking for a way to fit back into the big picture. 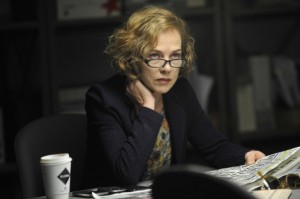 That said, this is very much a chapter of accounting, of wrapping up, and doesn’t really stand on its own. At this point, nobody’s worried about getting bumped off, just about their future employment.

If you’re going to take these in, best to binge. See the full package one rainy afternoon. Page Eight is 100 minutes, while Turks & Caicos and Salting The Battlefield are 95 minutes each.