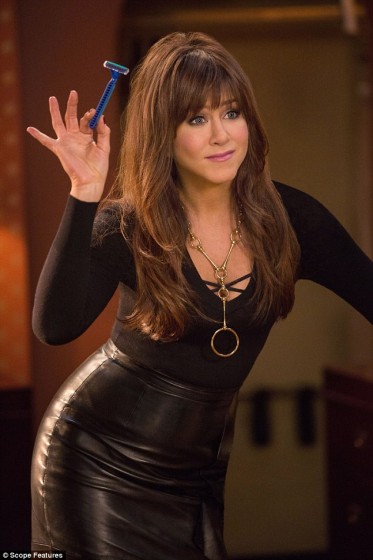 Yup, it’s weird having movies open mid-week, but it’s US Thanksgiving, which apparently inclines people who aren’t in a tryptophan coma to go to the cinema. More power to them, I suppose. The second year for this festival of peculiar feature films and documentaries. I’ve seen a handful of them in advance, and can recommend all of it, including the wonderfully unnerving The Creeping Garden, the tale of the way Hollywood can crush dreams, Lost Soul: The Doomed Journey of Richard Stanley’s Island Of Dr Moreau, the local doc about a deluded self-made action star, Kung Fu Elliot (check out my Q and A with the directors here), and Wetlands, a paint-peelingly frank German sex dramedy.

For more info on this excellent festival, please go here. The first one of these comedies was a high concept, R-Rated picture that, in places, managed to be better than average thanks to a decent script and a solid cast of actors, both leads (Jason Bateman, Charlie Day, and Jason Sudekis) and support (Jennifer Aniston, Kevin Spacey, Colin Farrell, and Jamie Foxx).

That’s not to say anyone was slavering for a sequel, but when has that stopped Hollywood? The advance word for Horrible Bosses 2 hasn’t been particularly good, despite the addition of fetching fellow Christoph Waltz and clever old Chris Pine. Venture forth at your own risk. A spin-off of the Madagascar franchise—which, for those keeping track, has so far included Madagascar, Madagascar 2: Escape To Africa, and Madagascar 3: Europe’s Most Wanted, and in 2018 will see Madagascar 4: Full Subheader TBA.

The arrival of a penguins-only picture makes all kinds of sense, because as anyone who has seen any of these movies will tell you, the militarized flightless waterfowl are always the funniest bit.

However, I gather they have their own TV show, too, so I wonder what will possess families to pay to see this movie when they can watch the same material for free at home. I’m sure those studio heads have thought of some good reason. The one thing that appeals to me: Benedict Cumberbatch (voicing a wolf) might attempt to say the word “penguins” again, a word with which he’s struggled in the past: