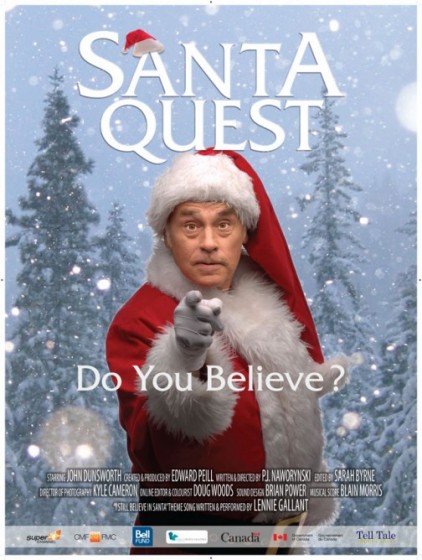 A couple other options for your Thursday evening cinemagoing: Halifax writer, director and performer John Dunsworth is probably best known as Lahey in Trailer Park Boys, or maybe for his work on Haven. He also happens to be a longtime Santa Claus, climbing into the red suit frequently at this time of year. Last year he competed in the Santa Winter Games, held annually in Sweden. This documentary follows him on that adventure, which is also a personal journey for Dunsworth to better understand the character he plays, and maybe even discover a little of what makes Christmas special.

It’s playing tonight at 7pm at the Scotiabank Cineplex Cinema in Bayers Lake. 7pm. Tickets are $10 each. For more information, go here. The Adventures of Buckaroo Banzai Across The 8th Dimension was a huge bomb when it was first released back in 1984. A science fiction picture (if you hadn’t guessed), it stars Peter Weller and John Lithgow and has earned a sizeable cult in the 30 years since.

If you want to see whether that cult is deserving, be at Alumni Hall at the University of King’s College (6350 Coburg Street) at 7pm for a free screening.