Above is a video review of Fury, and a preview of what’s opening this week: John Wick, Ouija, St. Vincent, and at Carbon Arc on Friday: Mistaken for Strangers. Or scroll down to read on. 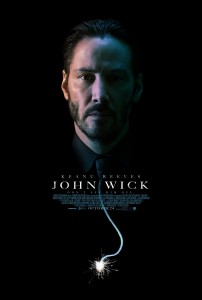 The movie I’m most excited about this week is a Keanu Reeves picture! I know it’s shocking, but while John Wick looks like just another one of those middle-aged guys-with-a-gun revenge movies, I’ve read some solid reviews. Best I can tell Reeves plays a hit man who is drawn out of his retirement when someone bad does something bad to his dog. I’ll have a review up by the end of the weekend. 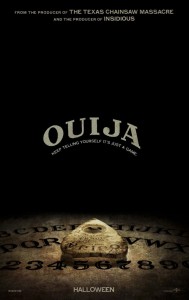 The most recent in a Maybe Genre: turning boardgames into movies. This time it’s Hasbro’s Ouija. It’s gotta be better than Battleship, doesn’t it? When I was growing up I heard a handful of super-creepy stories related to this game purporting to be a communicator with the other side. I suppose then the movie was inevitable. 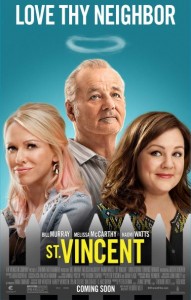 Every time Bill Murray is in a movie where his name goes above the title, people start throwing around the Oscar hype. I didn’t buy it with Hyde Park on Hudson and I don’t here. That doesn’t mean this picture isn’t smack in the middle of Murray’s wheelhouse. He plays a curmudgeonly Brooklyn resident who babysits the son of his nighbour, Melissa McCarthy. Vincent likes gambling and alcohol and shows the kid and thing or two, much to the chagrin of the mom. Sounds like fun. 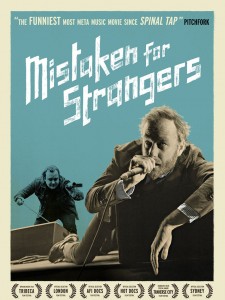 On Friday night, local rep cinema Carbon Arc is showing Mistaken For Strangers, a great doc I can recommend. I generally don’t write about docs, but I enjoy them. This one’s a good time. It’s directed by Tom Berninger, the brother of Matt Berninger, the lead singer of The National. Ostensibly a backstage doc about a popular band, it actually turns out to be about the relationship between siblings. It’s funny and heartfelt and you don’t have to be a fan of the band to enjoy it. Go here for more info.