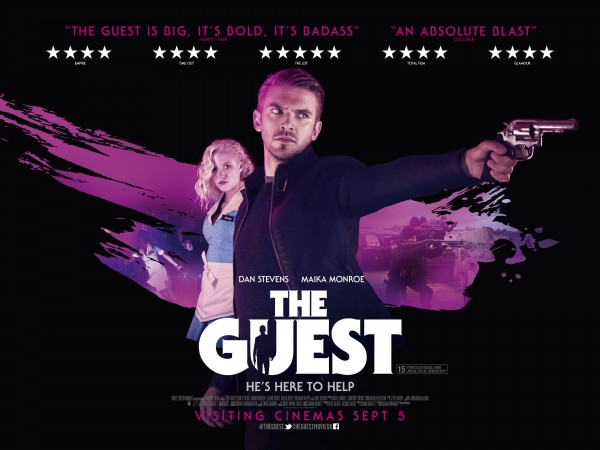 Is it possible it’s all over so soon? Must be since I was sitting in a packed house for David Cronenberg’s Maps To The Stars on Thursday night, and a week ago I was at the Cohn for the disappointing opener, Elephant Song.

As a closer, the Cronenberg film was typically discomfiting from the Canadian provocateur—even if the body horror he was known for in his early career is here restricted to a little self-immolation, bloody murder by brass statuette, and a constipated Julianne Moore squirming on the commode.

Served up in Maps To The Stars is a tale of dysfunctional family life amongst the super-rich in Hollywood, a soapy, sour satire that entertains without adding much that’s fresh to the previous entries into this genre: Sunset Boulevard, Day of the Locust, or The Player.

Agatha Weiss (Mia Wasikowska) is a schizophrenic and burn victim of a fire she herself set after drugging her brother, Benjie (Evan Bird). Benjie has gone on to be the worst kind of child star: vulgar, demanding, and spoiled. Parents Christina (Olivia Williams) and Stafford (John Cusack), a TV self-help guru, are just barely hanging on, terrified of their daughter’s return. Agatha lands a “chore whore” job with fading actor Havana Segrand (Julianne Moore), while getting to know limo driver/actor Jerome (Robert Pattinson).

The Hollywood in-jokes here are rife but cold, even about Cronenberg’s own work—it’s no coincidence Pattinson plays a limo driver, following Cosmopolis, where he’s a guy who spends his day in a limo. Benjie sees dead people—very Sixth Sense—though the implication is mental illness. Havana also has torturous visions of her young starlet mother (Sarah Gadon) who died in a fire—though is that also a manifestation of mental illness, or simply Havana’s desperation to land a part in the remake of one of mom’s most famous films?

You can read a lot into Maps To The Stars, if you cared to, but there’s a lot left unresolved. Is it lazy plotting or kind of brilliant? I think the answer is somewhere in between. Cronenberg has never been a filmmaker with much of a sense of humour—I think another pass on this script and tighter editing could have made for a look at Hollywood the way Heathers looked at high school—pitch black and hilarious. There are a few chuckles, but the broad swings at youth and celebrity culture makes for a parade of soulless misanthropes. Sure, the plot keeps you engaged, and when the various threads end in blood, water and fire, we aren’t surprised. But nor do we really give a shit. For instance, there was some discussion among filmgoers after the screening whether one of the characters actually saw someone set themselves on fire, or if the obviously CGI-ed flames were just some kind of illusion. To that I say, does it really matter?

The only other things I’d remark about the picture is that it serves further evidence that Julianne Moore is one of the bravest actors working, and John Cusack needs to pull back on the eyeliner if he expects people to take him seriously in middle age.

Earlier on Thursday I had the pleasure of attending the Script Out Loud reading of Wanda Nolan’s The Magic of Boxer Connor. A strong tale of family drama from Newfoundland, I’m hoping we’ll soon get to see the film born out of this great foundation for a couple of reasons. One, because I’ve known Wanda for years and I think she’s a serious talent, and two; her script, in its current draft form, is already better, both funnier and more gripping, than many I’ve seen made in the region in the past decade.

The last film I saw at the 2014 edition of the AFF was a winner, though it took me by surprise. Because it stars Downton Abbey‘s Dan Stevens, and opened in the UK earlier this month, I was under the mistaken impression The Guest was a British thriller. In fact, it’s from Picturehouse in the States, directed by Adam Wingard and written by Simon Barrett, the creative team responsible for the horror picture You’re Next. This new movie delivers pure John Carpenter-style excitement—complete with a throbbing, synth-based score—a kind of storytelling prevalent in the 1980s and I’ve really missed. It’s only when I see something like this do I realize how much.

The Peterson family are mourning the death of their soldier son in the Middle East when one of his buddies from the army shows up at their door. David (Stevens) is at first polite and kind, but it isn’t long before we begin to suspect there’s more going on with him. While he gives mom Laura (Sheila Kelly, who I remember from her work way back in Cameron Crowe’s Singles) a connection to her son, he also gives dad Spencer (Leland Orser, who in my mind will always be one of the victims in Seven) a drinking buddy. He deftly solves a bully problem teen Luke (Brenden Meyer) is having at school, and makes a steamily positive impression on 20-year-old Anna (Maika Monroe). However, when Major Carver (Lance Reddick, Cedric Daniels from The Wire) finds out where David is, men with guns are on their way to clean up a mess.

What makes The Guest so much fun is the edge of comedy that skirts every scene. The film functions as a thriller, but allows for breathing room where you needn’t take everything entirely seriously. The super-dramatic music cues are a big help to set up this dynamic, while Stevens plays David like a variant on the t9000 Terminator—preternaturally smooth, with his All-American good looks and killer smile, he’s immediately trustworthy. Even, somehow, with a smirk on his face, when he rolls a pair of hand-grenades into a diner.

I’ve heard the film will get Canadian distribution. Go see it at your first opportunity. And someone sign Wingard and Barrett to a remake of Escape From New York. I can only imagine them doing it justice.

Right, then. The only thing left to say is thanks: to all the good people at the Atlantic Film Festival, from the programmers to the volunteers. You folks do good work, and continue to make this week in September one of the best of my year.

See you at the movies.