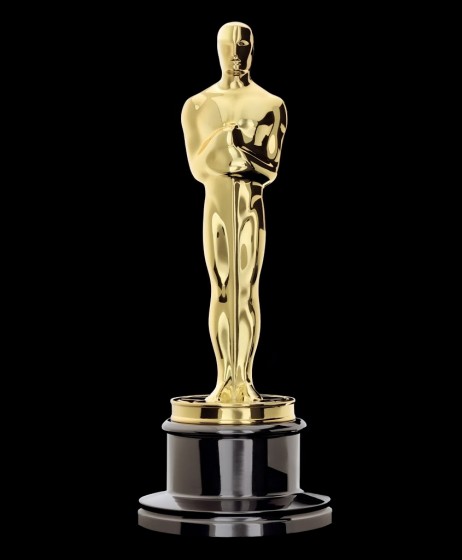 Question One: Why do the Golden Globes work while the Academy Awards so frequently don’t?

I really enjoyed the Golden Globes this year. You know why? Because the Hollywood Foreign Press Association really knows how to do it. They don’t try and reinvent the wheel. They put on a party where celebrities drink and eat and stumble on stage and look good and be witty. They hire talented hosts who know how to keep the audience in the room and at home entertained. And they don’t go long.

The Academy can’t quite manage that, for a bunch of reasons.

They’ve got the weight of history to deal with. It’s a stifling amount of self-importance, which has meant less and less to younger audiences. So the producers desperately try to alleviate the potential stuffiness by hiring hosts who often seem out of their depth but who might still bring in TV-land eyeballs—for my money, only Chris Rock and Jon Stewart have really nailed it in recent years. And then there’s that tension; how to deal with the fact that this is really an industry show: the average viewer won’t have any idea of who half of the nominees and winners are, or the difference between Sound Editing and Sound Mixing.

This year’s instalment was no different. There was the push-pull between being reverent and irreverent. While the producers cleverly used music and dance to connect to the storied history of Hollywood, they let host Seth MacFarlane do his typical, mean-spirited thing. Now, while I am a fan of much of MacFarlane’s culture-savvy humour, and I laughed out loud at some of his antics—the guy has a certain appealing Dean Martin-esque manner about him—what keeps me from really enjoying The Family Guy and last summer’s feature film comedy hit Ted is his streak of self-loathing. There’s a nastiness to some of his work, and his Oscar telecast jokes last night about women, about how Jews supposedly rule Hollywood, weren’t funny. He’d doubtlessly argue for their satiric intent, but satire works when it’s graceful. This was clumsy.

He also made the mistake of repeatedly referencing those Golden Globes, what with trying to get Tommy Lee Jones to laugh, bringing up Jodie Foster and GG hosts Tina Fey and Amy Poehler, compared to whom he could only suffer. Best not to directly reference all of that, Seth. Nor George Clooney’s cradle-robbing dating history. Glass houses, Seth, glass houses.

Unlike Fey and Poehler, he also has trouble committing to comedy bits. He undercuts them with a knowing smirk or ironic remark, as he did throughout what was otherwise a charming opening series of dance numbers starring light-on-their-feet performers such as Channing Tatum and Charlize Theron. (Squeezing William Shatner once again into a Starfleet uniform was also ill-advised.) It’s an insecure kind of humour that says, hey, that might have been great, but if it wasn’t I know it, so I can operate with total impunity. It lacks conviction. Say what you will about Anne Hathaway’s efforts as Oscar host, at least she went for it.

All this to say, I know being the host of this show is a thankless job, with goons like me all over the internet slinging our mud. And when MacFarlane was channelling the Rat Pack, or singing and dancing, even mugging, I think he largely succeeded—his non-intro to Meryl Streep was a high point. But the groans from the audience in the auditorium and on my couch at home were frequent. The Oscars need a Q Branch

Big props to the entertainment value in frequent musical numbers. Nice to see Barbara Streisand bringing it, for example. For the James Bond tribute, having Dame Shirley Bassey sing “Goldfinger” was amazing, though it makes me wonder what happened in their reported efforts to have all the actors who’ve played Bond show up on the Oscar stage. (Was Brosnan the hold-out? There were rumours.)

But there were also frequent and distracting technical glitches. What’s the deal with burying Adele’s voice in the sound mix during her performance of “Skyfall”? And why the consistently clumsy framing of presenters, zooming in on one to the exception of the other? Aside from that, Mrs Lincoln, how was the show?

I didn’t really have a horse this year at The Oscars, though I was surprised to see Lincoln take so few awards given it had been nominated in so many categories. It was as if in the nominations the Academy were anointing the films it thought were “important”, and then actually awarded the films they thought were “fun”.

I have been on record as not being the biggest fan of Argo, an obvious b-movie thriller whose elevation through this awards season has mystified me. But as my friend Adam pointed out, I’m missing the inherently self-congratulatory aspect of the film, a similar through-line that elevated the charming but otherwise one-trick-pony feature The Artist to Oscar glory last year:

The fictionalized account of how six American diplomats managed to get out of Iran in 1979 shows that Hollywood producers were a big part of it, creating a fake feature as a cover story. And even though the things that bugged me—downplaying Canada’s involvement and tagging on this ridiculous airport chase sequence that never happened—the Hollywood establishment evidently digs it because they wind up being part of the heroic effort.

Well, as Ben Affleck said, you can’t hold grudges. And, as a producer receiving the Best Picture Oscar, his acceptance speech was delightful and human. His screenwriter, Chris Terrio, who won for Best Adapted Screenplay, thanked the Canadians, the Taylors and the Sheardowns. So, all is forgiven on the national snub front, anyway.

And full credit to Daniel Day-Lewis for taking Best Actor for Lincoln—and for his hilarious acceptance speech—to the forever charming Jennifer Lawrence for Best Actress in Silver Linings Playbook, to Ang Lee as Best Director for Life of Pi, and to the ineffably laddish Quentin Tarantino for Best Original Screenplay for his Django Unchained. And to the always gracious Adele for saying “fank you”, and that on the red carpet she “felt like Beyonce.”

Go here for the complete list of 2013 Academy Award recipients.

Now we can get on with forgetting all about it.