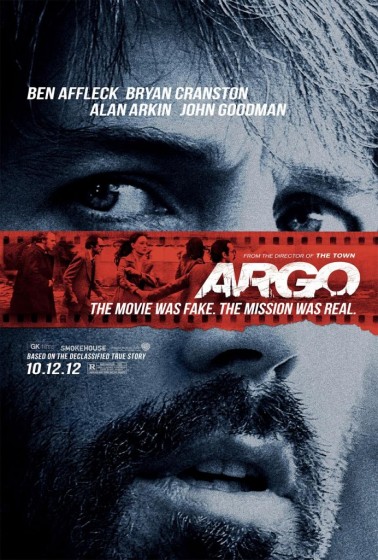 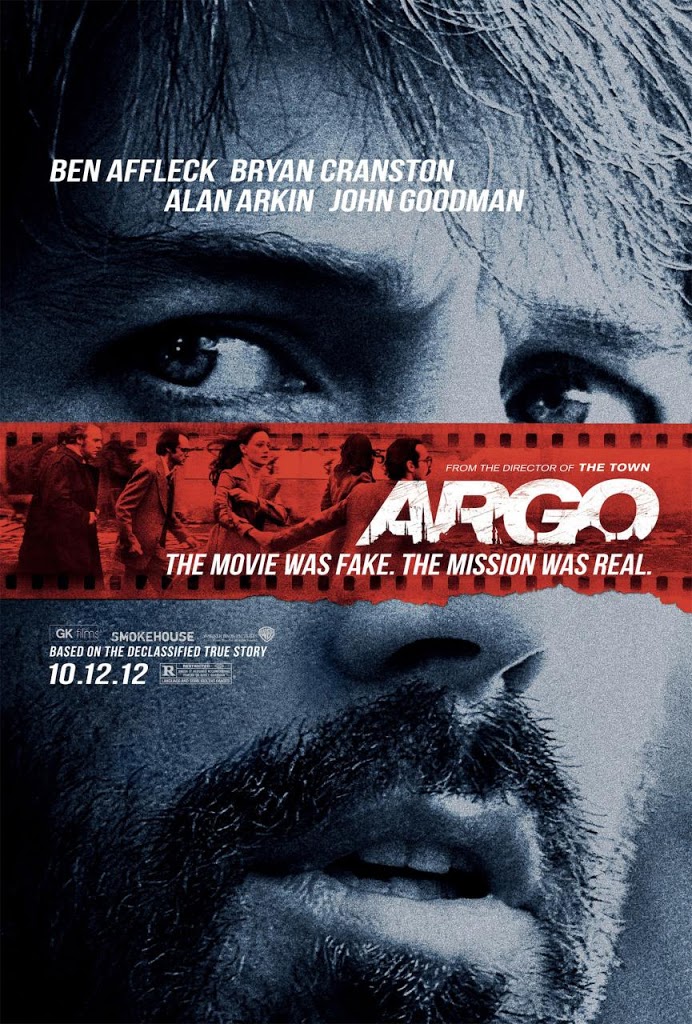 This is a story I’m familiar with. My folks were in the Canadian diplomatic corps, so Canadian Ambassador to Iran in 1979, Ken Taylor, was something of a big deal in Dad’s business. Taylor and his wife, Pat, helped get six American diplomats out of Tehran in 1980 by creating cover stories for them and giving them Canadian passports. There even was a solid 1981 Canadian TV movie about it called Escape From Iran: The Canadian Caper. Gordon Pinsent played Ken Taylor.

So maybe it’s a streak of patriotism that makes me a little dubious of this new retelling of the same story, one that revises history somewhat by revealing the CIA actually orchestrated the thing. The Taylors didn’t do quite so much. They may have sheltered the six but a US spy named Tony Mendez (here played by director Ben Affleck) was the one who swooped in and put together the plan to get them out.

Or maybe I wasn’t sold on the movie because of the hype, which has been raining down pretty thick since it played at TIFF.

But it starts right by opening with the 1970s Saul Bass-designed red, white and black Warner Brothers logo. Then we get a brief retelling of the recent history of Iran, showing how the Iranians had plenty reason to hate the US and their insidious foreign policies that helped install the Shah in the 1950s. Credit to Affleck for not shying away from those complexities.

When the American Embassy in Tehran is breached by an angry mob and 50 Americans taken hostage, those six manage to get out and take refuge at the Taylor residence. Back in Washington, CIA bigwigs (Bryan Cranston in charge) are trying to come up with a way to get them out. Weeks pass and Mendez is brought in to figure something out. He’s a lonely spy, separated from his wife and son. One night, while watching a Planet of the Apes sequel on TV he comes up with the idea to fake a sci-fi movie production. Hollywood is international currency: if he can get into Iran and give movie-crew identities to the six diplomats, he thinks he can get them out.

First he has to go to LA, where he hooks up with a b-movie make-up guy (John Goodman) and an old-time producer (Alan Arkin) to come up with the concept and enough real-life details to cover the plan.

Affleck, having injected his career with credibility and stepped out of tabloid hell by directing two solid crime dramas (Gone Baby Gone and The Town), clearly has some journeyman skills behind the camera. He puts them to good use here, especially bringing the suspense and a solid hand in the editing; the picture clips along well. Credit too to the art department as all the late-’70s-early-’80s details in the clothes, hair, and designs are right on the money. Those aerial shots must have been mostly CGI, they really work.

But while I’d say Affleck knows how to tell a story, I think the evidence of his three features shows he’s a b-movie maker. That’s no snub: I love a good b-movie. But you shouldn’t walk into Argo thinking you’re going to get anything approaching greatness. This isn’t hardcore, emotional stuff, and neither does it stray into the political thriller territory of Salvador or even Munich. This has much more in common with that solid Canadian TV movie.

Witness the six Americans stuck in Tehran. We hear about their professional lives, we get their anxiety and know who’s married to whom, but none of them ever quite manage to act through their moustaches, blue eye-shadow and period cowlicks enough to establish memorable characters (with the possible exception of Scoot McNairy as the especially freaked Joe Stafford). Arkin gets a few good lines, but we don’t care too much about the LA side of things, either. (Consider Dustin Hoffman playing a very similar part to more hilarious results in Wag The Dog.)

And then there’s Affleck himself, who for the first time in awhile is starring smack in the middle of a feature film. I found his Mendez kind of flat, frankly. The emotional vulnerability in his personal life is unconvincing. I like Affleck and respect his filmmaking gifts, but I think in this case maybe he should have cast someone else in that key role. Someone a bit more authentically grizzled and damaged.

And, in the end, in true b-movie style, Affleck can’t help pandering a bit to his audience. The suspense is stretched past the point of plausibility, right out onto the airport tarmac. And if you know the history, you’ll know there’s plenty of need for swelling strings to tell us how to feel about everything.

So, to sum up, I enjoyed mechanics of the thing, bits and pieces of meaty flavour smothered in solid entertainment sauce, but it doesn’t have the heat to be really good. And to take it back to the hype, if people are saying this just-OK thriller is sure to be an Oscar best-picture candidate, this might be a pretty poor year for the dream factory.