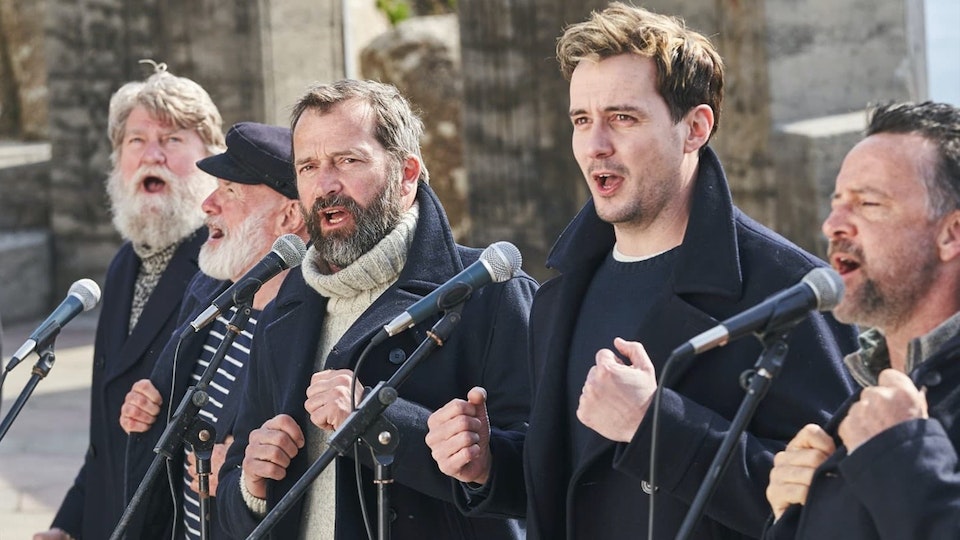 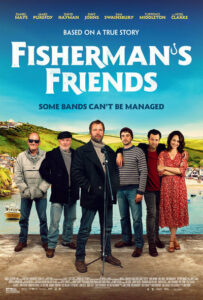 Welcome to Port Isaac, Cornwall. It’s 2010 and the older generation are proud and happy, fisher folk, where the accents are thicker than  they are around the bay in Newfoundland. They also like to sing and they’re good at it — the Covid-era sea-shanty trend makes this true-to-life tale feel strangely prescient.

Four chumps from the city (including Noel Clarke) show up and three of them con their buddy, music manager Danny (Daniel Mays), to try and book these fishing fellas to a recording contract. Of course, that’s exactly what he does while Danny quietly charms Alwyn (Tuppence Middleton), the pretty daughter of the grouchiest fisher, Jim (James Purefoy). And who knew this band of working men would have such success?

You could look for years and not find a more conventional, sentimental slab of entertainment, with jokes you can see breezing up the shore. It’s the kind of movie where characters are fond of saying things like, “the heart of the village isn’t the pub, it’s the people.” Also, Mays and Middleton are wildly implausible as a couple, utterly absent anything like chemistry. 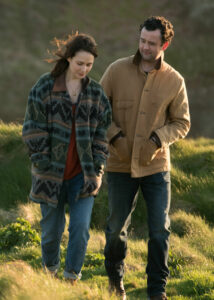 But, it would be churlish to argue with the catchy songs, the lovely scenery, or the solid cast — Middleton and Purefoy are keystone, while David Hayman, Maggie Steed, and Dave Johns are entirely likeable. You know what you’re getting — it’s charming and heartfelt, if a little obvious.

Fisherman’s Friends: One And All | Directed by Meg Leonard and Nick Moorcroft | Written by Moorcroft, Leonard, and Piers Ashworth | 111 min | ▲▲△△△ 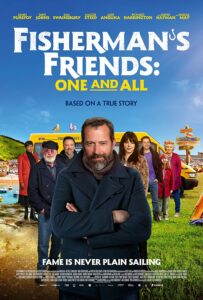 The law of diminishing returns mostly scuppers this sequel, which takes pride in serving up a whole lot more of the same —  plenty of sea shanties with grizzled characters in cable knit sweaters emoting against the Cornish cliffs. That’s except for Daniel Mays’ and Tuppence Middleton’s characters from the last movie who’ve been exiled to Australia on a honeymoon — but strangely they didn’t take her daughter, Tamsyn (Meadow Nobrega), nor do they ever return. 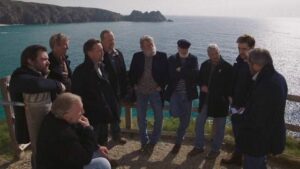 The film unwisely leans into culture war issues for the sake of laughs, every joke landing with a thud. We get plenty of subplot with Island/Universal record execs, though despite the efforts of a game Jade Anouka it’s all incredibly lame. Were the label heads really concerned that the band with a combined age of more than 600 were perhaps too politically incorrect to be a safe investment? 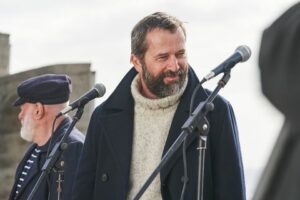 The drama, such as it is, comes largely from Jim (Purefoy, so committed to the authentic, beardy gruffness half his dialogue is garbled) struggling with the new pressures of fame and incipient alcoholism and falling out with his bandmates. Fortunately, former ’90s pop phenom and recovering addict Aubrey Flynn (Irish actor/singer Imelda May) shows up in Cornwall looking for a quiet place to settle, and she catches Jim’s eye.

Add an unlikely crisis on the Cornwall cliffs to fill 15 minutes of running time, and then head off to Glastonbury, and that’s the movie. I gather the real group this movie is based on did actually perform on the 2011 Glastonbury Pyramid Stage, but the rest of this feels like blarney.