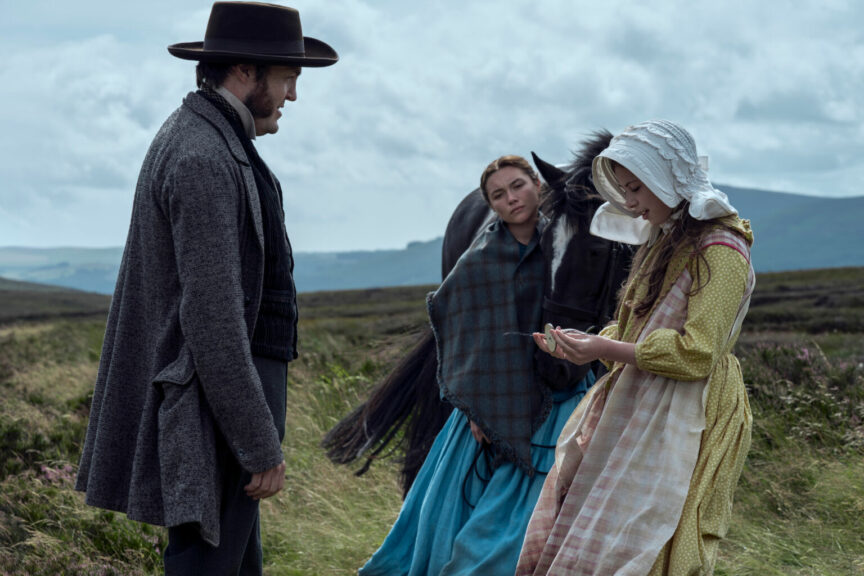 Directed by Sebastián Lelio | Written by Lelio and Alice Birch, based on a novel by Emma Donoghue | 103 min | ▲▲▲△△ | Netflix 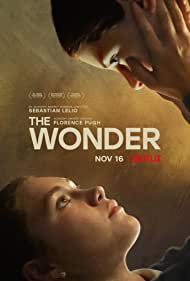 A version of this review was posted on FITI during the Toronto International Film Festival in September.

Just as Florence Pugh’s Don’t Worry Darling scene partner Harry Styles has a less prominent feature film out this fall, so does Pugh with this odd little period drama landing on Netflix. Some amongst the critical community will try and convince you these other pictures starring Pugh and Styles are superior to that big, controversial hit from Olivia Wilde. Don’t believe them. The Wonder is an interesting experiment, but aside from Pugh’s typically strong performance it’s not much more than a curiosity in its creators’ work.

Consider that Lelio is the Chilean director of A Fantastic Woman, Gloria, and Disobedience, and Birch, the writer of Lady MacBeth. while Emma Donoghue wrote Room.

What they’ve come up with here is a story about science versus Catholicism, about empiricism versus belief. It’s the mystery of this drama that holds the interest, along with some stellar cinematography,  until an anti-climactic third-act reveal. 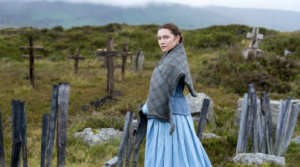 Florence Pugh is an English nurse in 1862, Mrs Elizabeth Wright, who’s been “paid handsomely” to go to rural Ireland and spend two weeks to watch over a nine-year-old girl (Kíla Lord Cassidy). She’s told the girl hasn’t eaten in four months and yet seems quite healthy. This is shortly after the Irish potato famine, which was largely blamed on the Brits, so Mrs Wright doesn’t get a warm welcome from the locals. 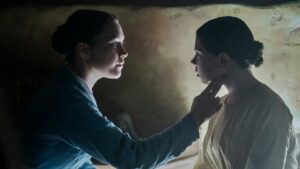 Wright is rigorously fact-based in her efforts to understand what’s happening with the girl, but is also dealing with her own trauma and self-medicates when she’s not hovering over her patient, trying to piece together the mystery of why she’s still alive. The local gaggle of churchy or church-adjacent men, including the great Ciarán Hinds and Toby Jones, want to sanctify the kid, while local journo, played by Tom Burke, sniffs around Mrs Wright, hoping to uncover the truth through the nurse. 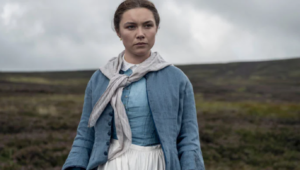 But let’s go back to the start:  We open on a film studio, just outside the wooden set of the ship’s hull where we meet Pugh’s character. The camera dollies in past rigging and lights into the set as a voice-over tells us, “This is the beginning of a film called The Wonder. The people you are about to meet, the characters, believe in their stories with complete devotion. We are nothing without stories. And so we invite you to believe in this one.”

It’s a very specific reminder of the artificiality of the production, but is it necessary in order to get the point across, to remind us of our own willing suspension of disbelief? I’d argue that for a film like this it’s a frustrating distraction — this isn’t The French Lieutenant’s Woman, which justified its meta-storytelling. There’s something too obvious about it here. Lelio comes back to this pointed reminder when he has a character staring right into the camera, and then again at the film’s conclusion.

The Wonder left me with questions, not the least of which is why Lelio chose a score that sounds like the one from The Bourne Identity spliced with horror-tinged atonal notes.

Given the gloomy exteriors with Pugh marching through the mud I half-expected this to become an all-out supernatural horror rather than a low-key look at the cost of religious fundamentalism. I’d argue it would’ve been better had it leaned into the ambiguity right into its conclusion.