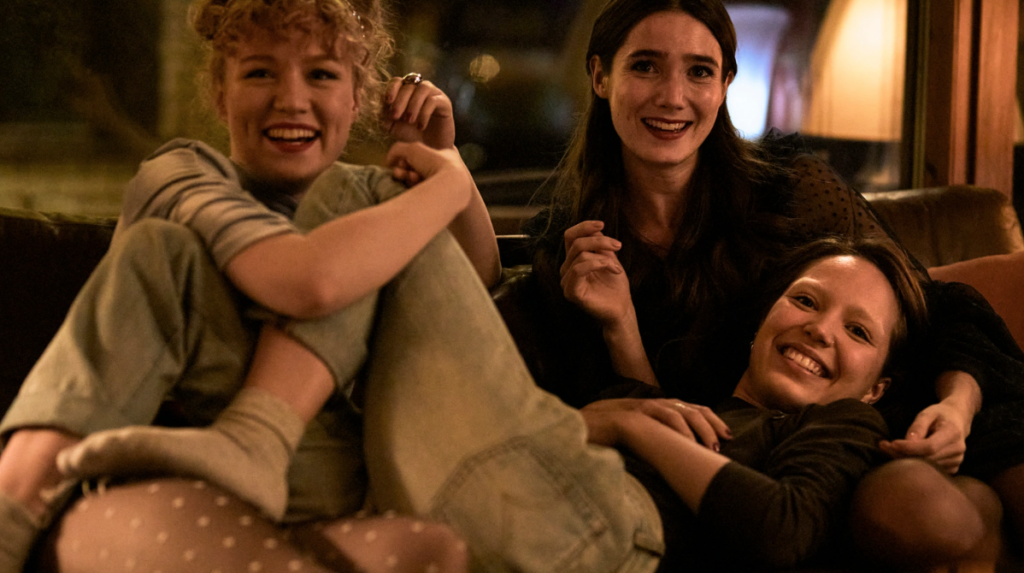 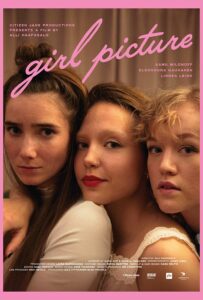 What a fun time this film is, a coming-of-age tale told over three (perhaps non-consecutive) Friday nights, about three Finnish high school girls connecting with their identity, love, and sexuality.

There’s Rönkkö (Eleonoora Kauhanen), the curly-haired one who’s wondering what the big deal is with sex — she doesn’t get much pleasure from it, so she figures she should practice a lot with as many boys as she can. She works at a smoothie shack in the mall with Mimmi (Aamu Milonoff), who’s a bit of a hard case. They go to a suburban party where Mimmi meets Emma (Linnea Leino, like a Finnish Rooney Mara), a girl whose whole life is devoted to skating. Though their first encounter isn’t entirely friendly, Mimmi and Emma spark and start dating. This leaves Rönkkö largely on her own tangent, which explores the possibility of an asexual future. 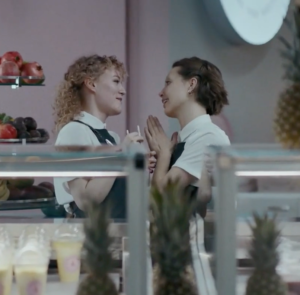 What follows is a showcase for these three performers. While some of the plotting may evoke familiar coming-of-age tropes, the three women here reach for a kind of authenticity that I’ve rarely seen, aided no end by a terrific score and soundtrack, a selection of pop and orchestral numbers that allow the emotions to flow. The slice of their life is astute enough to not be a final word but rather a sense this is a stage they’re going through at this time, which we get to enjoy — and maybe cringe a little. What’s wonderful is the complete absence of competitiveness or any kind of shame on their journeys, something we’ve probably seen a little too often before.

It’s been ages since I’ve seen a Finnish picture, but it’s a reminder that their wintery culture feels very familiar, certainly their youth culture. The only nit I’d care to pick is in the aspect ratio, which is 1:33:1 — I’m not sure what it brings to this material except an occasional feeling of claustrophobia.

I was reminded of everything from Flashdance — for its skating segments — to the great Booksmart, which while being a lot lighter, shares with Girl Picture a genuine feminine perspective of teen life and love, as well as that amazing Perfume Genius track, “Slip Away.”