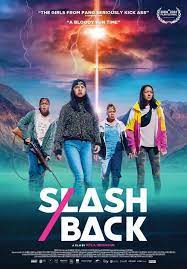 Welcome to Pangnirtung, Nunavut — a small town just beneath the Arctic Circle. It’s the summer solstice, a day that sees no night and all the adults are partying. That leaves teenagers Maika (Tasiana Shirley) and her friends Jesse (Alexis Wolfe), Leena (Chelsea Pruksy) and Uki (Nalajoss Ellsworth), along with Maika’s little sister (Frankie Vincent-Wolfe) left to their own devices.

For them that means borrowing a boat, going places out of town they shouldn’t, taking potshots with a rifle, and arguing about everything from money to friendship to bad-behaving adults to who really likes the one boy around who’s their age (Rory Anawak). 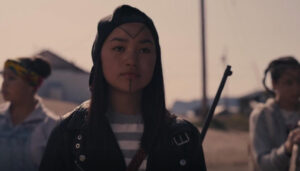 Their idyll is interrupted by an alien invasion. They discover a slimy, tentacled creature taking over the bodies of animals outside of town, but it isn’t long before it’s breaking down doors, turning the local cops into rubbery-faced, shambling bloodsuckers, not a far cry from Vincent D’Onofrio’s alien farmer in Men In Black. This new reality forces the girls to come up with a plan, embrace their Inuit heritage as hunters, and stand by their mantra: “Nobody fucks with the girls from Pang.” 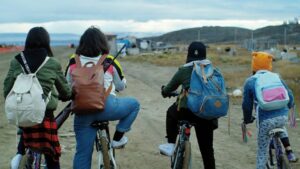 A lot impresses with Slash/Back, starting with the lively, naturalistic performances from the girls. You get a sense of their personality types and relationships pretty quickly, especially Maika, who hates her life in this little town, wants to shirk her culture, and go live in Winnipeg. This barely sublimated self-loathing puts her in conflict with her friends and people around her, but it rises up in ways that makes the film a lot more complex than your average creature feature. 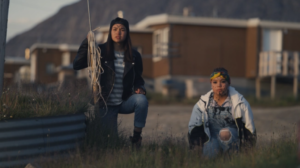 Further, you’ve got this amazing location, shot with a soft touch by Guy Godfree, who made Wildhood look so good, and a solid score by Michael Brook and The Halluci Nation, with vocals from Tanya Tagaq.

While there’s a lot of positive energy at work here, the film still struggles in places with some ropey digital effects that often tip into funny rather than scary — the practical effects are generally a lot more effective — and some of the editing and camerawork leave the action sequences feeling stagey. 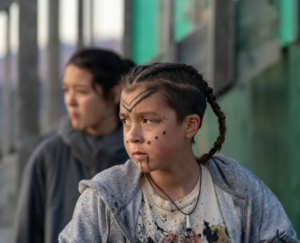 That said, the picture’s spirit and enthusiasm carries the day. I can’t wait to see what Innuksuk — who also writes for Marvel Comics — does with a bigger budget and the directorial experience she gleaned from this picture.

John Carpenter’s The Thing is referenced here early on, and it’s an obvious touchstone, though what would really make a great double feature with Slash/Back, and a film with which it shares a lot of vision, is Joe Cornish’s Attack The Block.