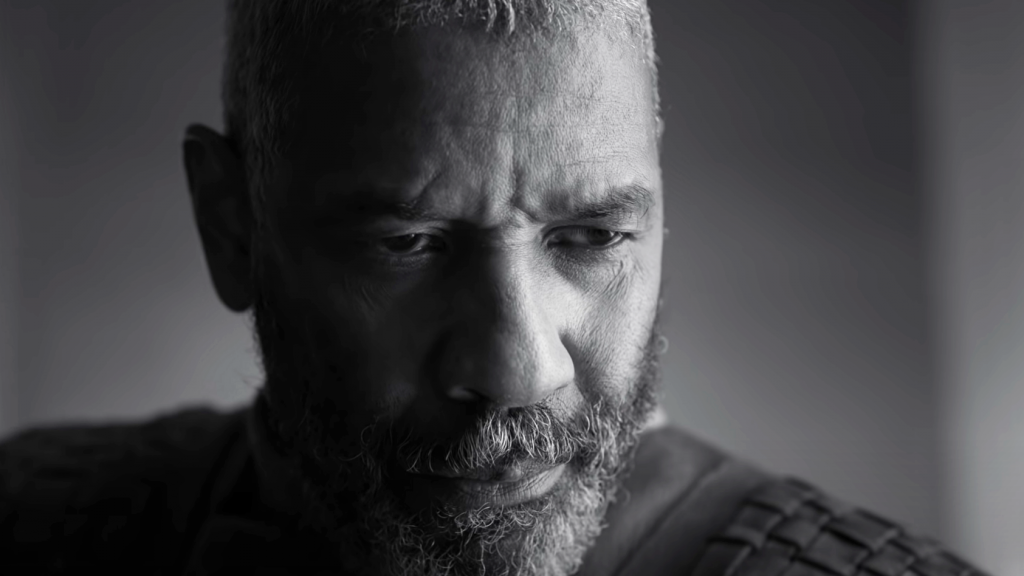 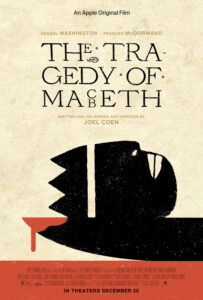 Feels like a lot of people were left scratching their heads over this one. I mean, anything the Coens do is naturally of interest — the brothers are the best, most consistent American filmmakers of their generation. But here’s the first time one of them’s made a picture without the other in, what, ever? And it’s Shakespeare, it’s black and white, Academy ratio — shot in a self-consciously expressionist way, all fog, long shadows, gothic vibes and stagey, spare set-ups. Imagine The Lighthouse with fewer predatory mermaids and less spurting bodily fluids, which is a surprise given all the murder in this particular Shakespeare. Taken as a whole, it’s a ways from The Ballad of Buster Scruggs. 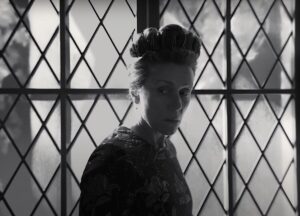 But that’s not necessarily a bad thing. The production values, including those starkly lit sets and nicely chosen costumes, allow the performers plenty of space to work out this familiar material, which Coen has pared down in a lean 105 minutes to allow the the core players, performers and portrayers, to do their thing. 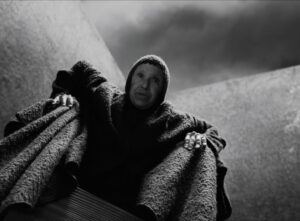 Not that I’m anything like a Shakespearean scholar, but when I enjoyed Justin Kurtzel’s take on The Scottish Play I felt like I’d seen the ne plus ultra cinematic adaptation of one of the Bard’s best-known works, but this new take does have a few advantages: The grizzled countenances of Denzel Washington and Frances McDormand in the leads, twisted and complicit in murder and a hunger for power. 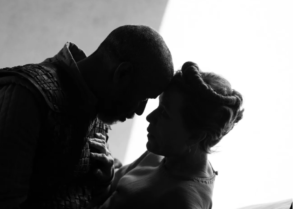 In support, a collection of quality Irish, Brit, and Yank thesps, including Brendan Gleeson as Duncan, Corey Hawkins as Macduff, Stephen Root as Porter — the closest thing this piece has to a typical Coens’ eccentric — and Harry Melling as Malcolm. Thankfully, nobody stretches to adopt a brogue other than their own, as it should be. 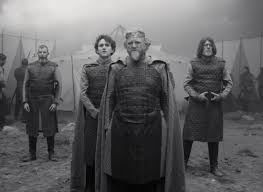 While in a few moments I wondered whether the source material had been skimmed a little too closely — Macbeth’s guilt and pain is plain to see, I’m not sure the picture actually makes a reasonable case for the Lady’s madness and death — McDormand and Washington, especially, are having  a ball. They carry the day.