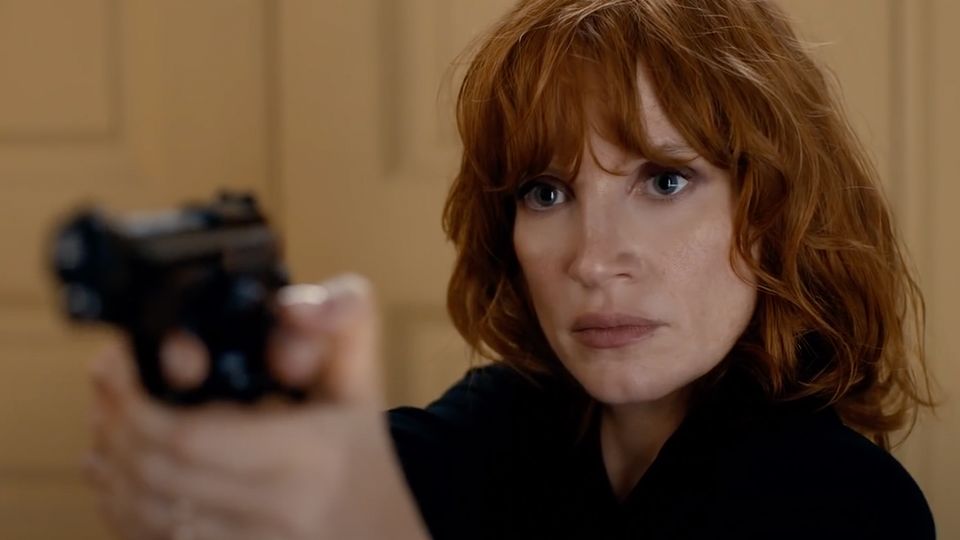 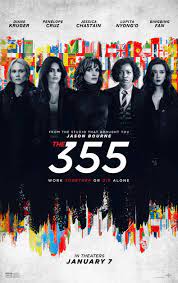 The 355, a movie that the filmmakers could’ve come up with a better title for, isn’t the picture that’s gonna change the fortunes of female-led espionage/action pictures.

Don’t get me wrong — I’m all for them, and there’ve been a few lately: Charlize Theron in Atomic Blonde, Karen Gillan in Gunpowder Milkshake, and Jessica Chastain in Ava, to name but three, though I don’t get the sense they’re setting the world, or the box office, alight. It’s too bad, because these examples have things to recommend them, as does this one. 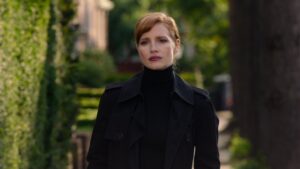 Chastain once again picks up the heavy artillery to play CIA agent Mace, who along with her pal, Nick (Sebastian Stan), head to Paris to buy the movie’s MacGuffin, a digital skeleton key that allows the user access to any global network, from power grids to commercial airliners. The handover (with Edgar Ramírez, who we don’t get to see nearly enough of — this guy is overdue for Hollywood stardom) goes poorly, and soon Mace has gone rogue. 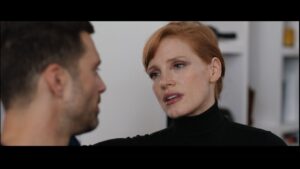 With the help of her cyber-security pal Khadijah (Lupita Nyong’o) and later teaming up with a German agent, Marie (Diane Kruger), and a Colombian therapist, Graciela (Penélope Cruz), this unlikely unit tracks down the missing gadget across Europe, to North Africa and China.

Or do they? Though James Bond is name-checked, this production clearly doesn’t have 007, Bourne or Mission: Impossible money. Apparently the production went to Paris, Morocco, and Shanghai, but the locations mostly look like sets, which robs the picture of potential travelogue appeal. 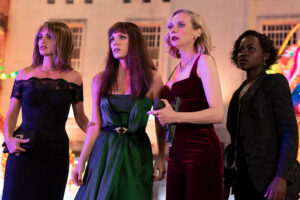 Here’s a question that came up in my head while watching it: Is “fridging” still a thing when it’s a dude who gets killed in order to give a female protagonist emotional stakes? I’m not sure about that, but one thing I did take issue with here were the regular concerns around an agent’s broader life away from work — the suggestion that ladies who love spycraft might be missing out on the opportunity of family and carry that heavy burden with them. It comes up enough  — something that really doesn’t bother Bond, Bourne, or Ethan Hunt too much — that it felt weirdly sexist.

One other mark against the picture is the action sequences. They’re well staged — one that takes place on a busy loading dock is impressive, and a shootout in a hotel room late in the running is plenty engaging — but too often the editing is jagged and confusing. I always use the John Wick movies as the high water mark of choreographed mayhem in Hollywood, and it’s been done well in female-led action pictures as disparate as Birds Of Prey and Hanna, but the hand-to-hand stuff here doesn’t always inspire confidence that these agents can actually handle themselves against the burly dudes they frequently have to disarm. 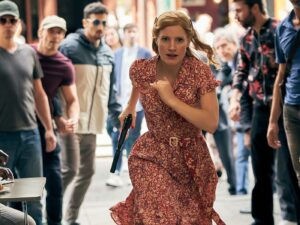 Nevertheless, there’s a lot of other things to enjoy in a movie with a bench this deep — these performers have all carried pictures on their own, and together are given enough time between action set-pieces to establish their own character arcs and bounce off each other, plausibly bonding — pun not intended — while looking good doing it. (Bingbing Fan comes in too late to make the same impression as the other four, and maybe her English isn’t quite there yet, either.) 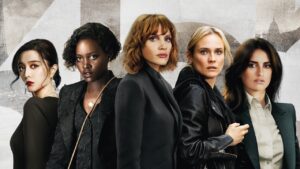 What’s really required with a spycraft actioner like this is we’re engaged in the thrills and the characters’ stakes, the plotting is dense and twisty enough to keep us guessing, and we enjoy seeing our heroes kick serious ass. Check, check, and check.