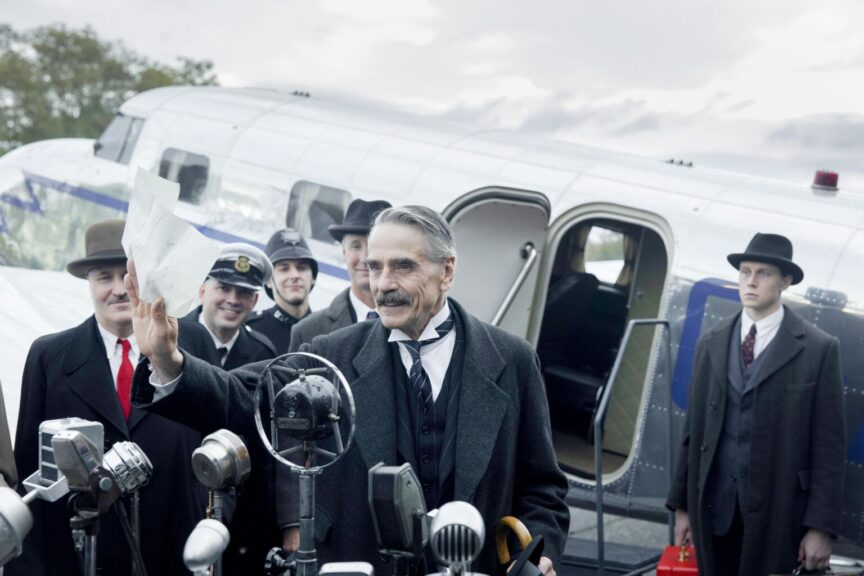 Directed by Christian Schwochow | Written by Ben Power, based on a novel by Robert Harris | Netflix | ▲▲△△△ 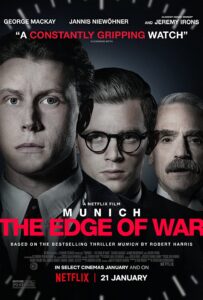 It’s the kind of movie that’s so dedicated to being an unabashed anachronism — so unlike anything resembling a film made in the past 30 years — at times it simply fails to meet the requirements of suspense, the kiss of death for a movie in its genre.

That’s not to say it’s without entertainment value — on a craft level it’s something to see, and many of the performers manage to emote while keeping their upper lips entirely stiff. Those British thesps have a knack. It also may appeal to history buffs curious at the effort to add nuance to the legacy of Neville Chamberlain. 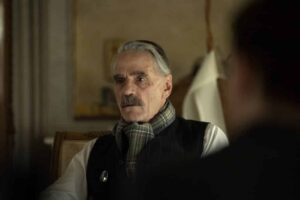 Jeremy Irons plays Chamberlain. We’re in Munich for the appeasement of Hitler in September of 1938, where Great Britain, Italy, and France gave him the Sudetenland region of Czechoslovakia.

While this is going on, his private secretary, Hugh Legat (George MacKay) is to spy for the Foreign Office and receive a document from a German diplomat, Paul von Hartmann (Jannis Niewöhner), which purports to express Hitler’s true ambitions. Hugh and Paul knew each other during their heyday at Oxford, six years earlier, when Paul was also tight with a Jewish woman, Lenya (Liv Lisa Fries). 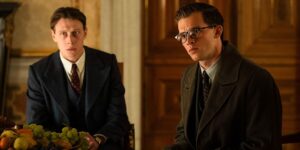 The opportunity for romance to underpin the action, or at least a juicy love triangle, is squandered. Most of the picture is concerned with the disposition of that document, while anyone who knows the history — and we all should — will remember it didn’t make a smidge of difference, which takes away much of the potential excitement.

Then there’s our lead, MacKay, who was fine in 1917, but doesn’t do much to hold the interest here. Niewöhner, who utilizes a single expression on screen, isn’t much better. That leaves the women in the cast, who are all more compelling with far less to do. 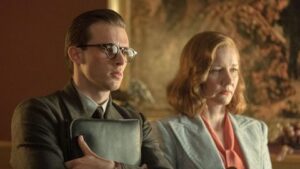 The always excellent Sandra Hüller is Frau Winter, von Hartman’s love interest. Anjli Mohindra is Menzies, a speed-typist who turns out to be a more effective spy than Legat. 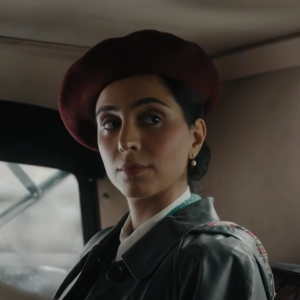 Frankly, I’d have rather either of these two were the centre of the story — both performers run circles around the men.

Poor Jessica Brown Findlay has the most thankless and tiresome role as Legat’s wife, hectoring him about his duty to family rather than country. She’s too magnetic a performer for these kinds of nothing parts. Finally, August Diehl appears as a cartoon villain, recreating his Nazi from Inglourious Basterds from whole cloth. 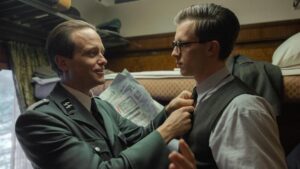 So, yes, much of this is simply bad, but it looks good — the period recreation of location, sets, and costumes convince. And the picture’s interest in recasting Chamberlain as a more canny politician than many historians have drawn him is surprising, suggesting that by signing the Munich agreement he gave Britain time to prepare for the coming war. I don’t buy it, but it’s maybe the one thing the narrative risks that we haven’t seen before, which earns the picture one extra tiny delta.