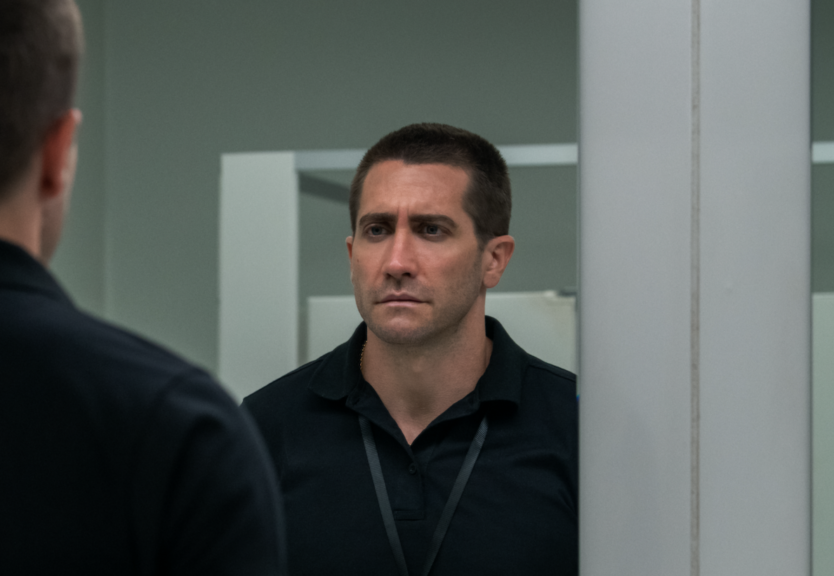 Directed by Antoine Fuqua | Written by Nic Pizzolatto, based on the original screenplay by Gustav Möller and Emil Nygaard Albertsen | 90 min | Netflix 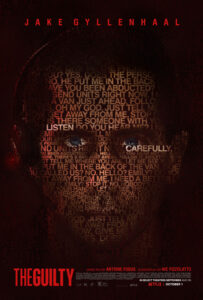 I’ve read that Jake Gyllenhaal was a big fan of the Danish original, and so given the chance to remake it brought Training Day filmmaker Antoine Fuqua on board. It really is a perfect lockdown project — one location, a smattering of actors, and an opportunity for a lead performer to hog the close-ups for 90% of the screen time and emote like hell.

Turns out that the American remake spoils the claustrophobic brilliance of the source code by introducing superfluous establishing shots outside the 911 call centre and adding the apocalyptic, but unnecessary, relevance of California wildfires threatening Los Angeles.

And while I appreciate that any filmmaker adapting previously existing material would want to put their own stamp on it, Fuqua makes decisions here that fail to shake off the truism: The Hollywood remake will always suck harder than the original.

For those who haven’t seen The Guilty (2018), it’s the story of a cop demoted from the street to a 911 call centre, wrestling with his conscience about a mistake he made. He’s on the verge of his day in court, and a fellow brother in blue has agreed to testify on his behalf, even if that testimony might be a little, ahem, subjective. While he works a likely final shift answering 911 calls, he hears from a woman, a mother of small children, who he believes is being kidnapped by her ex-partner.

The tension is built around how far the 911 operator is willing to overstep his mandate to help this woman, and maybe, in some small way, atone for the past mistakes he’s made.

This is more or less the same plot line the new film follows  — blurry moments of helicopters over the wildfires and of cops  surrounding a panel van notwithstanding. These scenes reveal the filmmakers’ misunderstanding of what made the original special. The spell of that film was conjured through sound design and a single, bravura performance. It was an amazing trick. Fuqua isn’t even going to try to match it.

Gyllenhaal, for his part, finds the soul of his character, and he’s solid. The sound editing isn’t as evocative as the original, but it works, and the picture is aided no end by the casting of literal hidden talent on the other end of the lines, including Riley Keough, Peter Sarsgaard, Eli Goree, and Ethan Hawke, to name just a few.

Liberties are taken with the ending, too, but choosing a slightly more hopeful, less downbeat finale isn’t Hollywood’s original sin, and it certainly isn’t with this remake.

At the end of the day, if you haven’t seen the Danish film, you’re far more likely to enjoy this one. And if you have you’ll end up like me, spending the running time comparing them.