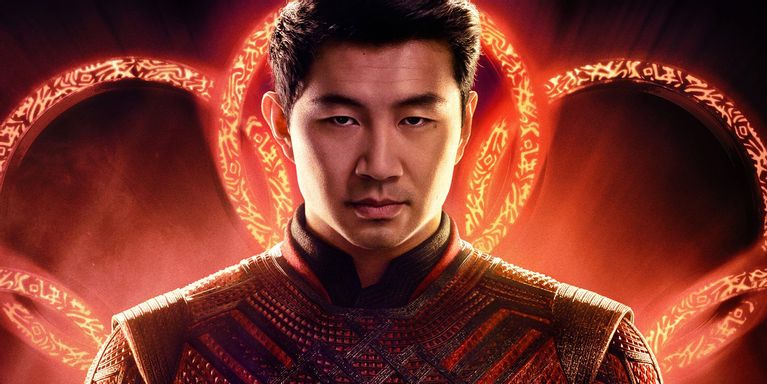 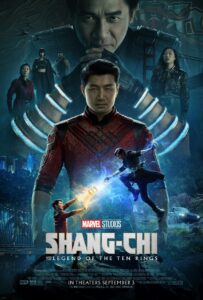 The first thing anyone who might’ve been a fan of the original Marvel comic, Shang-Chi: Master of Kung Fu — as problematic as it could sometimes could be — should do coming into this feature is forget the source material.

As a kid, it was Shang-Chi’s brooding intensity, martial arts gifts, and espionage storylines — as he called them, “games of deceit and death” — that were the draw for me. He was part of a cool and capable commando team, including Leiko Wu, Clive Reston, and Black Jack Tarr, but he was always the centre of the story, with his ongoing determination to bring down his evil father.  Not to suggest all the changes in the cinematic adaptation are a disappointment, since Shang-Chi’s Dad was the racist stereotype, Fu Manchu, and at two of the three key creatives directing and writing this movie are Asian American, bringing a personal touch to the first MCU blockbuster with an Asian protagonist. But this Shang Chi is very different. 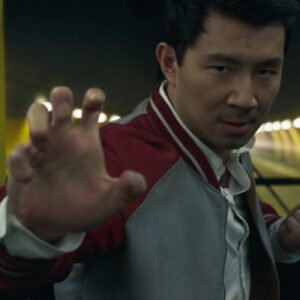 What we get is a mix of exciting Jackie Chan or Jet Li style martial arts mayhem and epic Chinese fantasy, the mix of myth-making and light comedy we’ve come to expect from the MCU. A lot of that works, but at the same time, what’s worrying is how the Marvel formula plot structure is going stale.

Shaun (Simu Liu, terrific) works with his best pal, Katy (Awkwafina) as a San Francisco valet, parking cars. As her family criticizes her for a lack of ambition, he’s got a hidden family that nobody knows about: his father is Xu Wenwu (Tony Leung), an immortal criminal overlord back in China, wielder of the mystic 10 rings, the source of his agelessness and his superpowers. His mother (Fala Chen) was an other-dimensional warrior. Shaun has been in hiding in the US for the past decade from his scary Dad, but when assassins from the 10 Ring Army show up, including Razor Fist (Florian Munteanu), all of Shaun aka Shang-Chi’s secrets come out. That sends him across the Pacific to Macao, to find and warn his sister, Xialing (Meng’er Zhang), who’s also on the run from their father, while Katy insists on going with him. 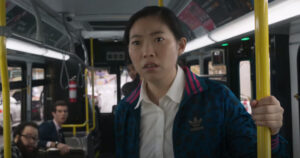 The film is roughly broken into two halves: The mostly modern world first segment, punctuated by two excellent action sequences, and the later fantasy world segment arriving with the reintroduction of a supporting character from an earlier film, someone I wasn’t in any rush to see again. Fortunately he features sparingly and mostly as comedy relief.

I obviously won’t say too much about where this goes, but don’t be surprised if the day-to-day mundanity of the opening act shifts into something more akin to an epic fable. 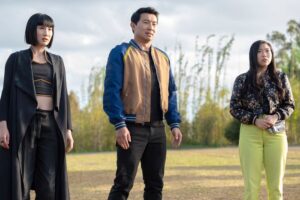 The character notes are sharp, and thematically, the best, freshest element is how Katy and Shang-Chi are challenged to find personal direction, taking into account both their heritage and their possible futures. In that regard, this is almost a coming-of-age movie, which is unexpected for characters who are 30-ish.

Liu and Awkwafina have good chemistry — and it’s interesting how the film sidesteps the question of romance, which makes one wonder if either character might be gay — but like so many MCU movies you wish the script would build in more scenes with them together to seed more of these details, and where one character isn’t needing to throw a punch or an energy blast of some sort. It’s telling that their trip to a karaoke bar is a highlight. 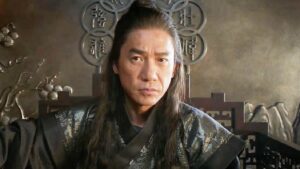 Leung brings so much to the movie. His effortless class and gravitas, his ability to covey a substrate of pain and grief, helps makes Xu Wenwu one of the most complex and sympathetic villains in the 25 MCU movies and however many series. A late-arriving Michelle Yeoh is also a huge benefit to the production.

But, the Daddy Issues writ large, wow. How much of that have we already had to swallow in these movies? Even a few Mommy issues would be a welcome alternative at this point. And that’s just the start.

Shang-Chi also features a hyper-evolved, hidden community, a central character with a sister who also has special gifts, and story challenges that leap directly from his having to come to grips with a sense of duty. I get that a lot of this is Ancient Myth 101, just like I’m also sure the multiple parallels with Black Panther are purely coincidental. Should I also mention that while the bus-based fight in this movie is next level, we’ve already seen a bus battle just a few MCU movies ago in Captain Marvel? 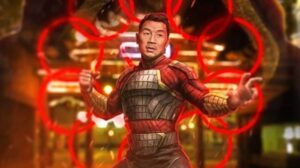 A lot of Shang-Chi and the Legend of the Ten Rings is fun. It will please the MCU faithful, and the fact of an almost entirely Asian cast in a Marvel movie is a big deal, no doubt. That said, more deviation from safe and familiar storytelling beats would certainly be welcome the next time out.