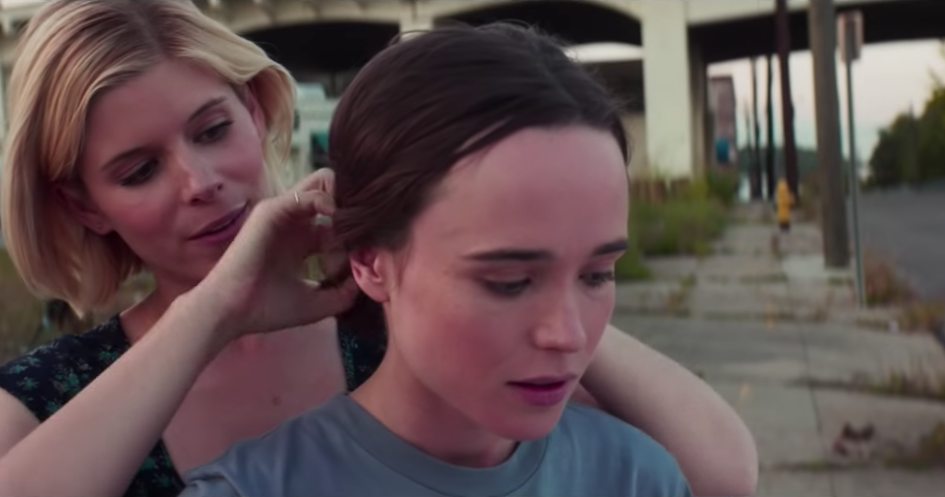 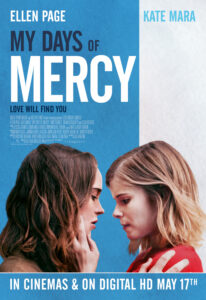 Every once in awhile you stumble on a film that has next to no profile in the culture, and you wonder how that’s possible. How did My Days Of Mercy, starring local boy done good, Elliot Page, not receive a major theatrical release in this part of the world, or a broader buzz for its achievement? It’s a sincere and deeply felt lesbian romance that also has things to say about capital punishment in the United States, while being, and I’m not kidding here, a laugh a minute. 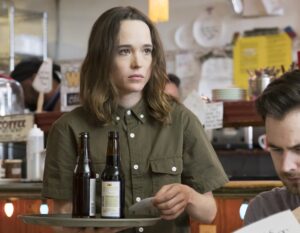 Page is Lucy, 22,  a regular at protests outside prisons in the American south, east, and midwest where a death row inmate is being executed. Lucy and her older sister, Martha (Amy Seimetz) and younger brother, Ben (Charlie Shotwell), are all there together in their RV.  The movie is in no hurry to explain why they’re so engaged in this activism, instead just setting it up as a regular part of their lives, being in this protest community, just as an equally engaged pro-capital punishment community also attends these events, standing outside the prison gates with their own collection of placards and sandwich boards. 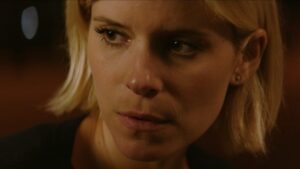 It’s in that other crowd that Lucy meets Mercy (Kate Mara). Mercy’s there supporting her father, a cop, whose partner was shot down by a man being executed. Despite this deep chasm separating their ideological values, Lucy and Mercy spark right away.

The film then becomes about their regular meetings, slipping toward a romance, maybe even love, in towns where there’s a prison and a man about to die by lethal injection. (We see each of the men’s final meals, which is a clever way to mark what’s going down.) And, sure this movie has a message, but it doesn’t go out of its way to be didactic about its politics. We get a moment where, as Lucy says, her stakes are a lot higher than Mercy’s, but these two people immediately recognize each other and are mature enough to trust what’s going on between them despite the differences in where they’re coming from. 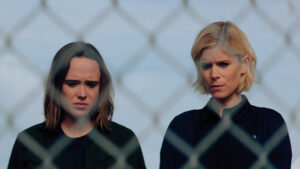 We also learn it’s Lucy’s father (Elias Koteas, always a welcome presence) who’s on death row for the murder of her mother, and Lucy silently struggles with the family presumption that her father is innocent of the charge. This while Martha is sleeping with the lawyer (Brian Geraghty) looking to get the case reconsidered.

What’s so surprising about My Days of Mercy isn’t the quality of the performances or the chemistry between the actors — Page and Mara are terrific together, as you’d expect, entirely passionate and plausible on-screen lovers. The surprise comes from the laughs. 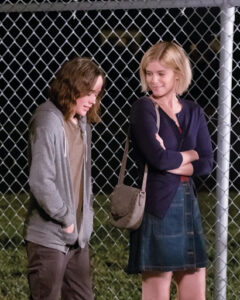 On the page, the plotting is fairly predictable, but this is a picture where every character, from Ohio to Missouri to Virginia, is a cut-glass wit. It might be a little hard to believe, but this is the magic of the movies — even as you recognize the unlikely charm, it makes you wish people were all this funny. 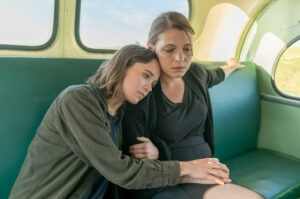 The tension between the sly, regular humour and the heaviness of the material, even the standard operating procedure of some of the dramatic structure, makes the movie sizzle unlike most, if not all, same-sex romances set against the backdrop of the prison industrial complex. (The only other one I can think of is Monster, and it wasn’t especially chucklesome.)