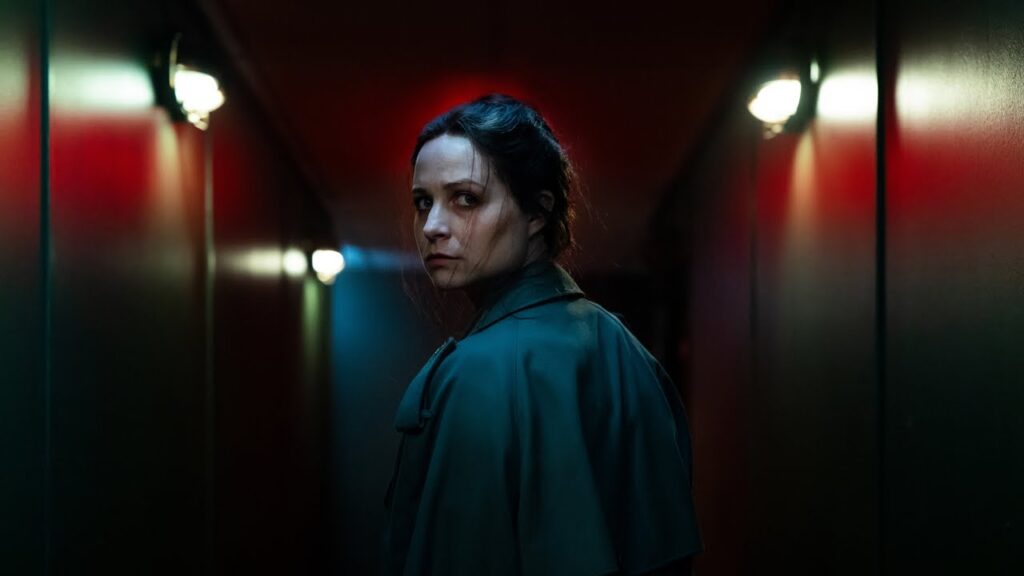 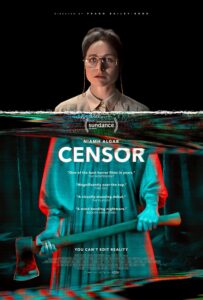 A movie about movies, Censor will likely appeal to anyone who has nostalgia for the Video Nasty era — the VHS-enabled glut of low-budget exploitation thrillers and horror in the 1980s. That’s the world Censor lives in, telling the story of a woman who works in dark, windowless offices and tiny screening rooms, cutting the sex and violence from movies to achieve a 15 or 18 rating — the British system corresponding to the audience age the censor office decides a film is appropriate for.

Enid Baines (Niamh Algar) is said censor, buttoned up and buttoned down, who sits through one exploitation thriller after another. Immediately, I wondered — why are these the only movies she watches? A censor board would need to watch all kinds of movies heading to VHS or the big screen. Censor isn’t interested in explaining those details.

Enid and her colleagues don’t particularly enjoy their work, but at least she’s diligent, only “cutting the tip of the genitalia” to get the appropriate rating. She wants to protect people from themselves. 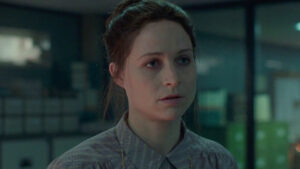 She’s got bigger problems than her job. Her sister vanished years before, and if her parents are ready to put the memory of that trauma behind them, Enid isn’t. She was there in the woods when her sister disappeared, but she can’t really remember what happened. One particularly disturbing screener helps her reconnect the dots.

Also on her mind is a bit of local news: a man mutilates his wife before murdering her — though he can’t remember the act. The British gutter press calls him The Amnesiac Killer, and draws a connection between the plot of one of those exploitation pictures and the murder, blaming the censor office for allowing such loathsome cinema into society to inspire actual killing.

Somehow the selfsame press find out who Enid is and publishes her name. How they do this, and why they choose her in particular amongst her whole office, Censor also isn’t interested in explaining. 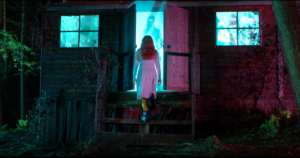 What’s striking about Censor is its all-encompassing production design, a pervasive gloom that ably recreates the sleazier side of the 1980s, from Thatcher’s authoritarian speeches on the boob tube to chain smoking indoors to the awful hair to the brick-like VCRs. And not since Mandy have I seen a film so in love with red and green and all the smoke in between. 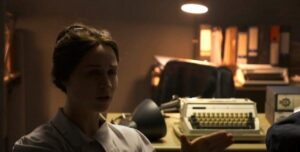 But, despite its memorable visual texture, Censor doesn’t have anything else to say. The spurting fountains of red paint are plentiful for those who are into that, but Enid’s rapidly deteriorating mental state and inability to distinguish reality from fantasy is the film’s only genuine interest. Algar sells it in her performance, but the film’s not nearly shocking, creepy, or compelling enough. Its woozy final 20 minutes feel like a parody of the very films Censor is inspired by.