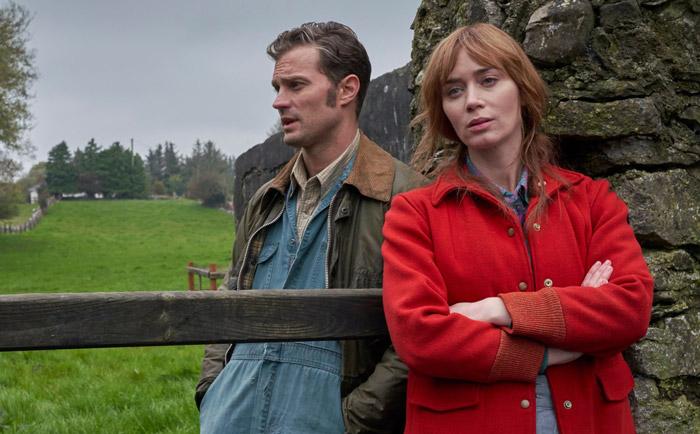 Written and Directed by John Patrick Shanley, based on his play Outside Mullingar | 102 min | Amazon Prime 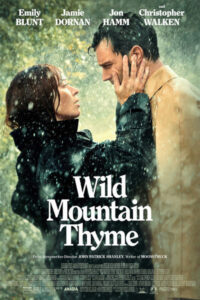 The thing about tales out of rural Ireland — or rural anywhere, for that matter — they live and breathe due to their sense of authenticity. These filmmakers have certainly gone to shoot in County Mayo and County Wicklow, and the screenplay delivers a lot of whimsy when it isn’t laying on thick the blarney, but this is a Hollywood production through and through. I’m not Irish, but even I can tell it misses any authenticity by a few undefined acres. But, if you can forgive it that obvious absence, the picture is entirely watchable, with a few lovely moments among its acting talent. 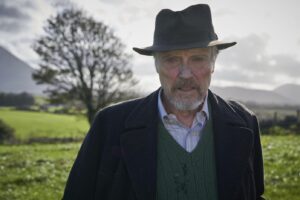 You’ll also have to forgive Christopher Walken his struggles with the accent. He’s Tony Reilly,  and starts the story with his voice over, announcing he’s dead.

He tells the shaggy tale in flashback, of his strange son, Anthony (Jamie Dornan, originally from Northern Ireland, so close enough to manage the vowels), who Tony feels isn’t worthy of inheriting the farm. Fair enough because young Tony hates being a farmer. The next farm over belongs to another family, and the daughter, fetching Rosemary Muldoon (Emily Blunt, typically solid), has been mooning over Anthony since they were both children. God knows why.

One other part of this picture you’ll need to forgive is the presumption that these two gorgeous people would’ve have stayed apart for decades. He’s awkward, but he’s clearly into Rosemary, and she’s hot for him like nobody’s business — it’s so bloody unlikely they wouldn’t have gotten together sooner. It’s a convention so outrageous in its implausibility that, if anything does, threatens to sink the proceedings. 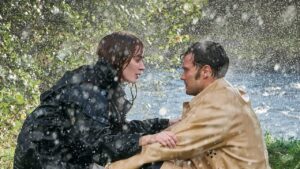 But, it’s also hard to ignore the picture’s incidental pleasures. First off,  a delightful zippiness to the dialogue, and a scene late in the going where Anthony is trapped in Rosemary’s kitchen by a storm and the force of her need, that’s a lot of fun. (You can see how it would’ve worked even better on stage, but the film doesn’t feel especially stage-bound, just wordy.) The exterior scenes also make the best of the landscape, and we also get support from the likes of Jon Hamm (as Anthony’s American cousin) and Danielle Ryan. And Dornan and Blunt, though not the most chemically engaged on-screen couple, give it their all. 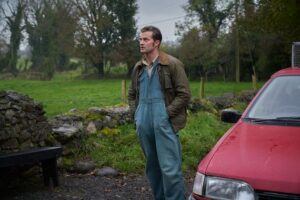 The reviews I’ve seen seem to take all the prescribed hokum personally, but I wasn’t that bothered. It just feels old-fashioned, which isn’t always a bad thing. 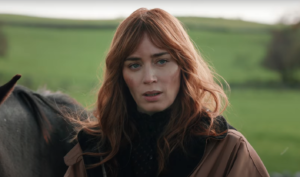 I should also mention, in case you weren’t aware, that writer-director John Patrick Shanley also wrote another prominent romance jammed full of hokum, Moonstruck — RIP Olympia Dukakis — and I can’t think of another movie, tonally speaking, that this resembles more than that one. No, this new picture is nowhere near as good, but there’s something akin. If you count yourself a fan of Moonstruck, you should probably give some of your time to Wild Mountain Thyme.