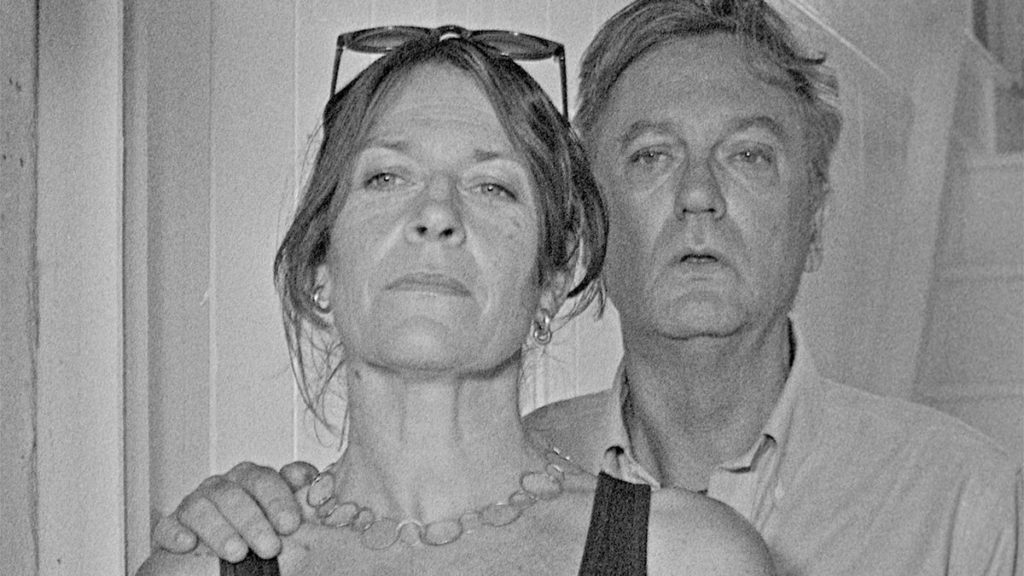 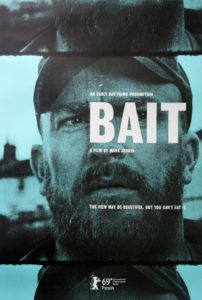 Some have called Bait experimental, and I suppose in this era of digital ubiquity, that’s fair. It feels to me like a case where the film’s form is as important as its content.

Filmmaker Mark Jenkin shot Bait on hand-cranked black-and-white 16mm, hand-processed it, and dubbed the whole picture in postproduction. The end result is a film that both looks and feels like one of those kitchen sink, neorealist dramas circa 1964. I’d say the gritty tale of a Cornish fisherman whose livelihood is threatened by changing times is somewhat offset by the artifice of the visual approach and sound recording, and yet also enhanced by it. 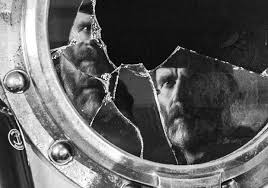 The formal approach is to its credit — constantly challenging you to consider the frame through which you’re watching. The narrative and performances are engaging enough that you might get lost in the story, until an odd edit,  visual anachronism, or sound cue jerks you out of it. That’s not a critique, more a fair warning that the journey through this film is far from the average.

Martin Ward (Edward Rowe) is the fisherman in question, whose brother uses the family boat to take out tourists onto the water. Martin wants to maintain the family’s traditional way of life, but it’s not just tourists in town changing things  — wealthier city folk have bought up old property, looking to take advantage of a different speed and quality of living — all of which upsets Martin, impotent in the face of change and prone to making scenes in the local pub. 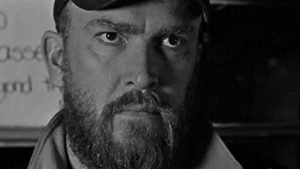 The parallels with life in Nova Scotia are writ large, while the story about rural gentrification makes it an especially rare and unique cinematic beast. It’s not to be missed.