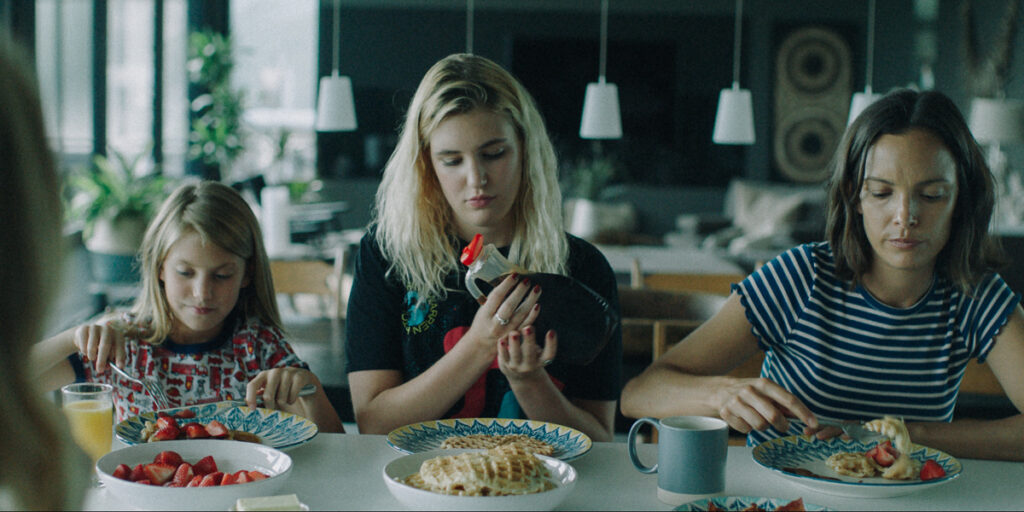 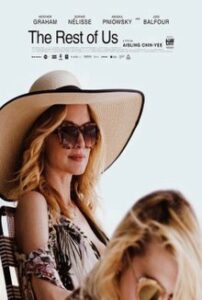 OK, so here’s the slightly bonkers premise of this brief, but genuinely affecting Canadian feature:

Cami (Heather Graham) is a children’s book writer-illustrator living in a lovely, modernist home in a small town somewhere north of Toronto, divorced from her philandering husband who married the mistress, Rachel (Jodi Balfour), leaving Cami to raise the teenaged daughter, Aster (Sophie Nélisse). The husband and Rachel, the new wife, also had a kid, Tallulah (Abigail Pniowsky). When the husband/father dies unexpectedly, these two mother/daughter/half-sister pairs are thrown together because Rachel is left destitute — it turns out the fella didn’t do a good job managing the money, either. (It does make you wonder what it was about this real catch that appealed to these capable, fascinating women.)

Cami has an Airstream trailer on her property and offers it to Rachel and Tallulah, much to Aster’s dismay. 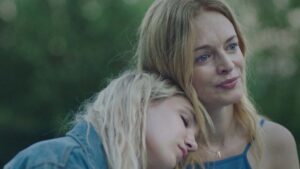 The film deftly juggles multiple plot and sub-plot threads while gently digging into the central question of fidelity and guilt, largely centred around Graham’s sensitive performance as Cami. She has every reason to despise Rachel, but still opens her home to her and her daughter. Is it because she’s exceptionally forgiving, or are more complicated forces at work? For a movie whose tone is as casual as a romcom, Aisling Chin-Yee manages to mine heavier issues of personal responsibility with a surprising grace. 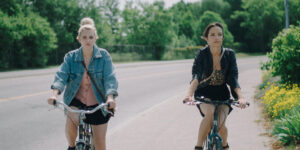 That said, not everything here works. You’ll notice some clever directorial and editorial foreshadowing early on, but a few scenes clunk instead of sing. The growing connection between Rachel and Aster feels a little too implausible given Aster is the most caustic and angry presence in this unlikely quartet. I can appreciate the pacing in a film that clocks in at less than 90 minutes, but more contemplative breaths around character connective tissue would’ve been welcome. 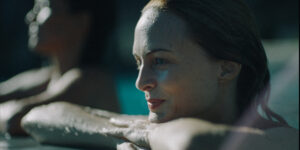 But there’s much more going on in The Rest Of Us that makes it a film worth seeing, not the least of which is the reminder that Graham is still a star who shines in the right role.