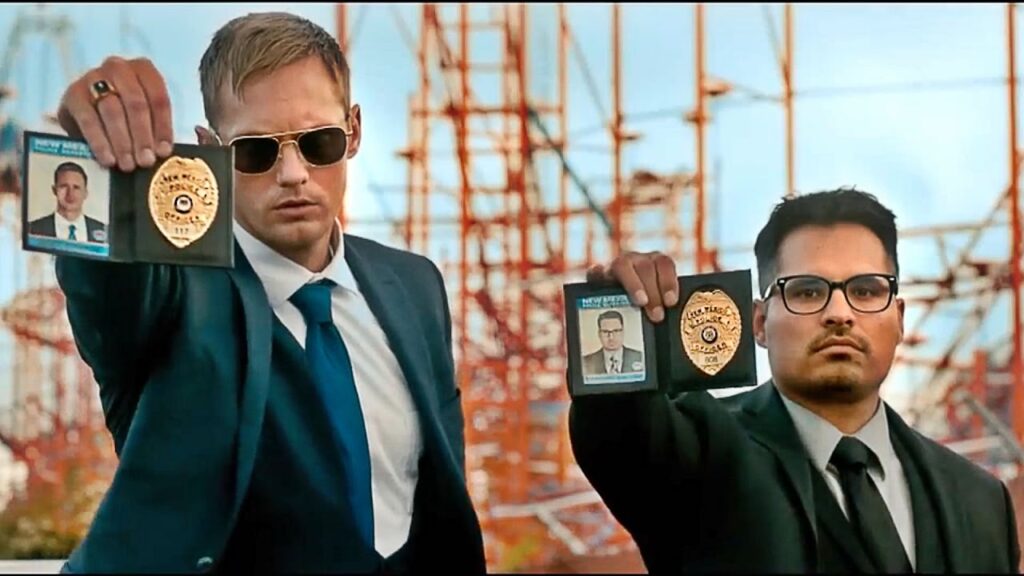 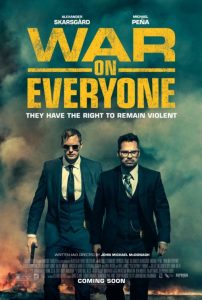 Director McDonagh out-blacks Shane Black with a shockingly funny buddy cop movie starring Michael Pena and Alexander Skarsgaard. For all those of you who liked The Nice Guys, this is literally the next best thing. 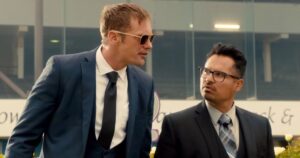 First off, it’s set in Albuquerque, New Mexico, which McDonagh turns into a desert wonderland when he isn’t taking his leads to Iceland. They’re Bob and Terry, the most dissolute cops on the APD, busy extorting money from their informants and busts, which works out well since Bob is a family man needing to supply X-Boxes to his kids, and Terry is a slob with a Glen Campbell fixation and a huge modernist home.

The plot is a bit of a convoluted creature, about a bunch of bad men working for a crooked British businessman—Divergent and Archive‘s Theo James doing a passable Sean Connery impression — but it allows moments of total, non-sequitor joy — Tessa Thompson and Skarsgaard doing a delightful dance number is a highlight—along with a whole bunch of off-colour banter and bloody violence. I loved how all the men are in three-piece suits cut to ’70s fashions and driving ’70s cars despite this being set in the present. Throw in Paul Reiser as the cops’ disapproving Lieutenant and you’ve got something special going on here. 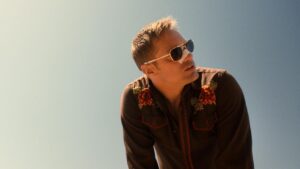 Like with The Guard and Calvary, McDonagh has a knack for balancing humour with pathos. though unlike those earlier films, this is a whole lot heavier on the former and the latter just barely cameos.

But, if this exercise feels like the Irish auteur having a go at a fallow genre to uncertain ends, his filmmaking confidence and knack for terrific dialogue carries the day.  A real charmer that barely made a ripple in 2017 but is worth catching while it’s available on streaming.