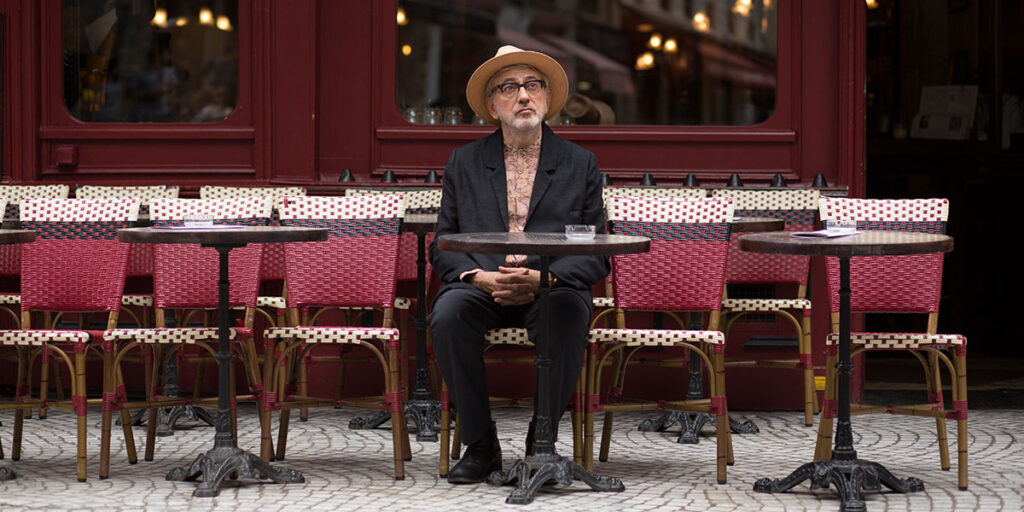 Written and Directed by Elia Suleiman | 102 min | On Demand 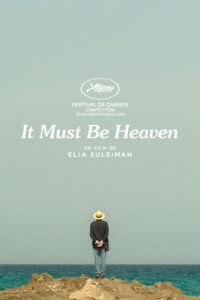 Elia Suleiman is a Nazareth-born filmmaker whose work crosses over from dark comedy into absurdity, but with a remarkably light touch. His narratives are a departure from your average cinematic meal, that’s for sure, especially when you consider French icon Jacques Tati is a major influence. 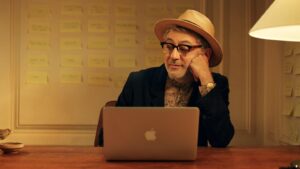 In this most recent effort Suleiman stars as himself, almost entirely silent (aside from a conversation in a taxi), a witness to the peculiar world around him. We first get to know him at home, but when he needs a change he flies to Paris and then New York. There he finds the world is no less peculiar, no less absurd, than where he came from. 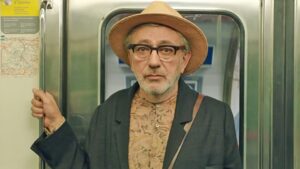 The primary joy of this film is Suleiman’s face. Once you plug into his tone and rhythms, his slight confusion and gentle wit, his film gets funnier and funnier. He tells this story in little ironic vignettes — this is not a plot-driven picture — which drives an overarching narrative. It’s a commentary on what we all live with in the world, our problems’ similarities rather than the differences. 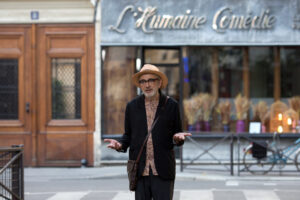 I had a lot of favourite moments in It Must Be Heaven, but the middle section where he’s in an oddly deserted Paris — shot before the pandemic but entirely evocative of our current situation — is the most fun.  I loved the discreet tanks, the street-cleaners’ games with beer cans, emergency services delivering fine dining  meals to the homeless, and the wide variety of police officers on a wide variety of personal transportation devices. 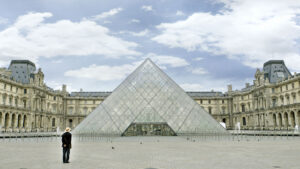 The lightness of spirit is really something to see, even while the messaging is both ambivalent and melancholy. The world’s in no better shape in these places than anywhere else. Everyone’s pissing in the streets. 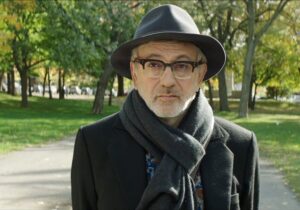 Suleiman also takes a shot or two at the ridiculousness of the business he’s in. A scene where a producer explains why they won’t be proceeding with his film project sounds like it was transcribed verbatim. A conversation with Gael Garcia Bernal as well. 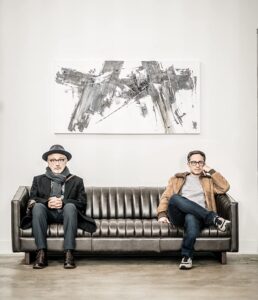 As this is film is an international co-production with a Canadian partner, so don’t be surprised to see a familiar Canadian face or two in the cast, including Stephen McHattie as a fortune teller, or a little apropos use of late-period Leonard Cohen.