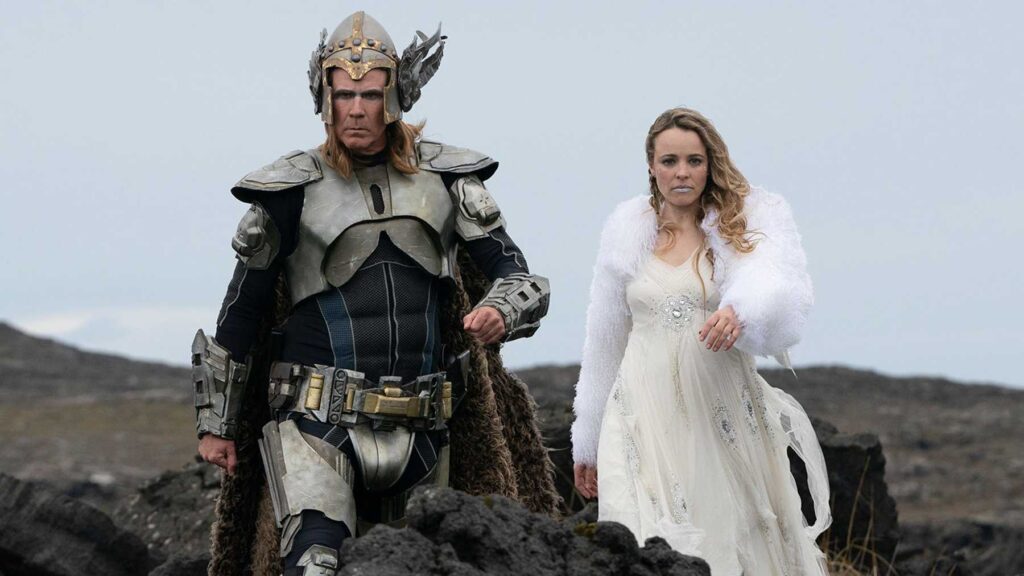 When I saw the running time for this picture, I was genuinely concerned. How many great two hours plus comedies are there? As it happens, Eurovision Song Contest: The Story of Fire Saga is a little too long, but it’s full of unexpected delights. It really hits the high notes in the musical numbers. 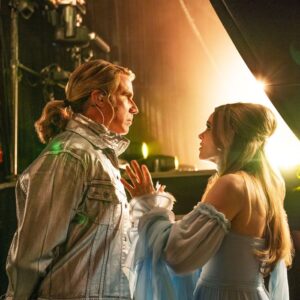 Let’s get the problems out of the way from the jump: Does it make any kind of sense we’re supposed to assume that Will Ferrell and Rachel McAdams were children together? I mean, he’s easily got 10 years on her. Or that they’ve gone through their whole lives without acting on their simmering desire for each other? I suppose it’s just about as easy a suspension of disbelief that they’re actually Icelandic. Or that Icelandic elves are helping them achieve their dreams. 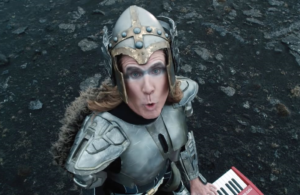 Yup, they’re two singers, Lars Erickssong and Sigrit Ericksdottir in a band called Fire Saga, from a small town in Iceland, and they’re probably not sister and brother. From childhood, having witnessed ABBA have its “Waterloo” moment in the early ’70s, they’ve wanted to perform at Eurovision.  It isn’t a spoiler to say they’ll get their chance. 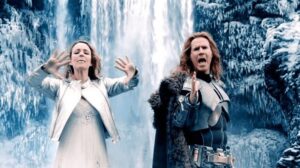 Ferrell and McAdams are adorable. They’re both naifs, their dreams of Eurovision fame as wholesome and delicious as plokkfiskur and hákarl. Ferrell has been playing a version of this guy his whole career, which is a little tired, but it’s great seeing McAdams in pure comedy mode again — she does it so well. Lars wants to prove to his handsome father (a little weirdly, Pierce Brosnan) that his life hasn’t been a waste, while Sigrit wants to win Lars’ heart, mostly. 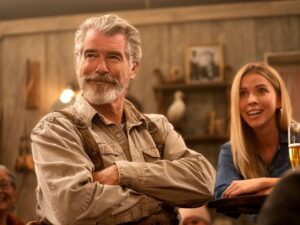 This is all fine, and the gags, while not entirely in tune, mostly hit, and the take-away that we shouldn’t ever quit on our most treasured dreams, well, that’s a heartwarming sentiment. The comedy is backed up by a series of fun musical numbers, including a mid-movie rave-up by former Eurovision competitors including  Loreen, Jessy Matador, Alexander Rybak, Jamala, and Conchita Wurst, amongst others. Salvador Sobral also makes a lovely impression with a solo-piano number overlooking Edinburgh. 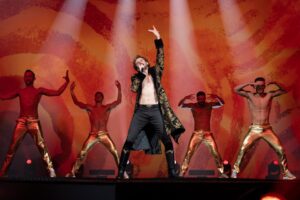 The songs Ferrell and McAdams sing (with the help of Swedish vocalist Molly Sandén) are actually not too bad — my recollection of the Song Contests, and I saw a few of them when I was a kid, is that the songs were generally awful. An added bonus here is actor/chameleon Dan Stevens is especially good as a Russian singer with George Michael-in-the-’80s hair who takes a shine to Sigrit. 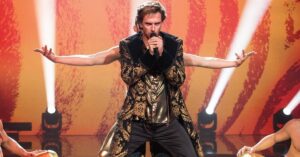 So, Iceland for the moderate win, all things considered. I can’t help but wonder what the Icelanders make of this?