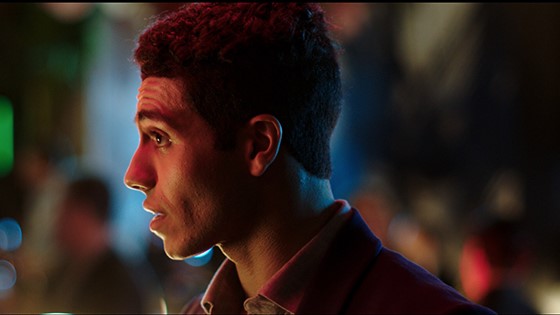 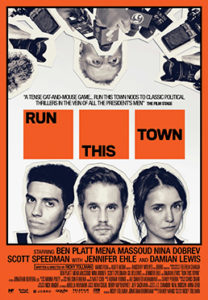 Bram (Ben Platt) is a slightly ambitious, slightly insecure, slightly smug young reporter who in 2012 works for a slightly fictional Toronto paper called The Record. He wants to do journalism that matters — and is regularly pressured in that direction by his parents (Kathryn Greenwood and David Eisner) — but his editor, David (Scott Speedman, rockin’ some great hair), has him doing lists and streeters, the kind of stuff people like to read about but not what’s “important”. But the real reason things suck for Bram is because David is just passing down the shit he’s had to eat, served up by the Executive Editor, Judith (Jennifer Ehle). 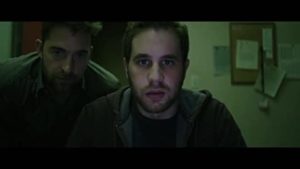 Right off, Bram is an entitled schmuck who expects to be a star reporter out of the gate, but comparatively, David is a really huge asshole, so that helps muster some pity for the miserable position Bram is in. Unfortunately, all this is built on a tired trope of how people in newsrooms are nothing but story-hungry douchebags with no integrity in the face of endless cutbacks, wallowing in toxicity and complete lack of respect for one another like it’s all Fox News.

But OK. Let’s say for the sake of a possibly entertaining movie that’s the way it worked at The Record. 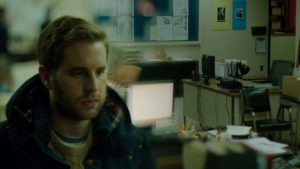 When Bram gets wind of a video that purports to show the mayor of Toronto, one Rob Ford doing something untoward, perhaps with crack, he figures he’s got the first big story of his career, which he pretty much manages to fuck up before every other paper in the city has it, too.

My first question is this: Kevin Donovan and Robyn Doolittle were the ones who chased this story in real life, did most of the relevant reporting on it. Didn’t someone think that was worth telling? Why does this fictionalized account even exist? 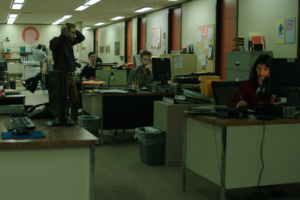 Meanwhile, in the mayor’s office are a collection of suspiciously good-looking 20-something “special assistants,” (including Mena Massoud, Nina Dobrev, Araya Mengesha, and Rebecca Liddiard), who never seem to work, they just sit around in council chambers and boardrooms drinking $7 beers and speaking in sub-Sorkinese rapid patter. Despite their youth, they’re already cynical functionaries with good salaries, but even a couple of them start to have doubts about the mayor when he harasses and threatens those around him. Credit where it’s due: Massoud and Dobrev both do solid work here. 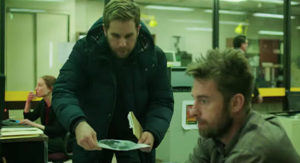 But who thought Damian Lewis was a good choice for Ford? He wears the history of cinema’s least convincing fat suit, which turns his every scene into a cartoon. 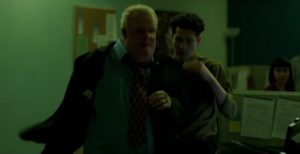 Rounding out the cast are Gil Bellows and Hamza Haq as two detectives looking into details of the mayor’s bad behaviour, but at no time do they seem at all integral to this plot.

Tollman likes his whirling cameras and his split screens, and full marks for a production design that really works for this material, evoking the American thrillers of the 1970s. His authorial voice has real style, but that’s what’s also so frustrating about the film: The promise of something better never materializes. 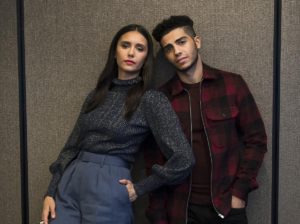 Instead of a deconstruction of what happened behind the scenes on the biggest Canadian news story of the century, the film is more interested in the troubles of millennials who enter a dodgy professional market and get screwed over by the system. What could be a call to arms — or at least an honest take on the challenges of the fifth estate in the digital age — instead comes off as a feature-length whine, like the air slowly squeezed out of a balloon. Or maybe the sound of Lewis’ suit deflating.