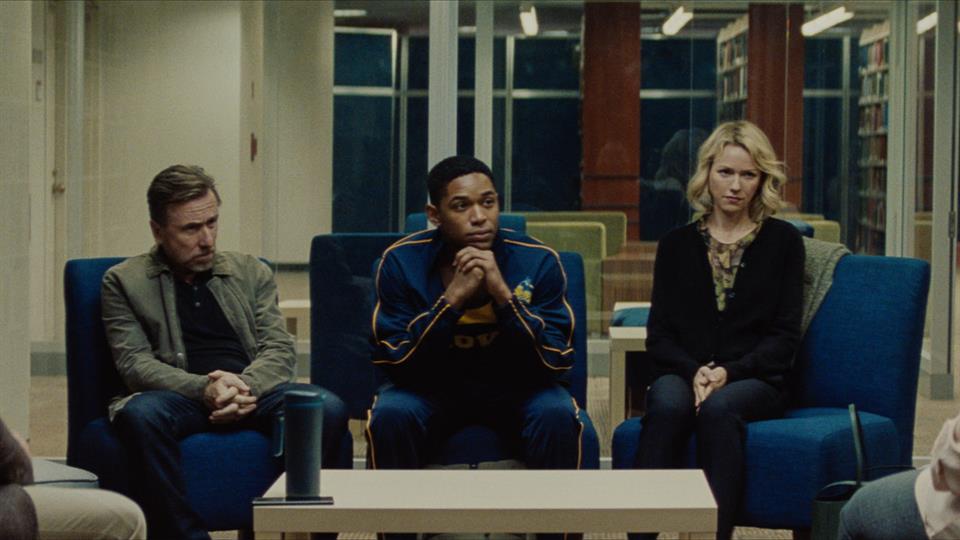 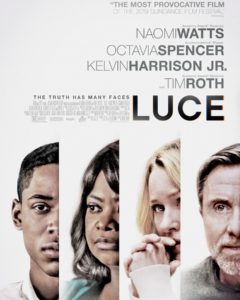 Bright and well-spoken, Luce Edgar (Kelvin Harrison Jr) shines at his Arlington, Virginia high school. His poise is even more impressive when you consider his childhood—he lived his first seven years in Eritrea, where he might’ve been a victim of violence, or perhaps even a perpetrator. When he was adopted by an upper-middle class white American couple, Amy and Peter Edgar (Naomi Watts and Tim Roth), he got the best therapy money can buy, and he’s come out the other side a star student.

With this knowledge, what do we make of the concerns of his teacher, Harriet Wilson (Octavia Spencer), who’s worried about Luce’s advocation of violence in one of his essays, and the strange thing she found when she went through his locker? Will Luce’s parents believe him, or what they’re hearing from an adult, who may have her own agenda? 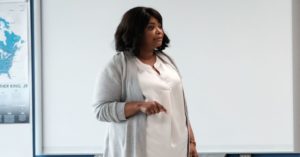 The story gets more complex from there, as Onah delivers a deep slice of suspense, baked into a story about race, reconciliation, and expectations around young black people and immigrants in America. Thematically, Luce compares favourably with Michael Haneke’s powerful French drama of privilege, Caché (Hidden) from 2006, but this thriller has its own peculiar internal rhythm, punctuated by a terrific, eerie score from Ben Salisbury and Portishead’s Geoff Barrow. 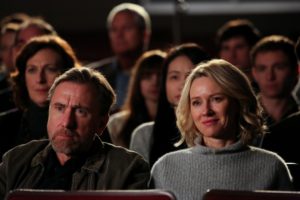 The adults’ anxiety here is easy to understand and explain—they’re operating from places of control, concern, or protection, but while Luce isn’t your typical teen in many ways, one of the things he does recognize is the hypocrisy of his parents and teachers. While hanging with  classmates, he sees how he’s given opportunities not available to other students of colour due to his being a “star.” A subplot involving the mental health of Wilson’s sister (Marsha Stephanie Blake) further complicates matters, as does one with Luce’s girlfriend (Andrea Bang) and the real possibility she was sexually assaulted. Was Luce involved? 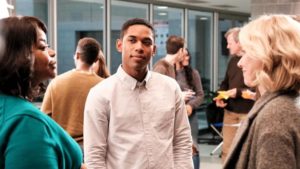 There’s a moment or two when it looks like the film will tip into horror around Luce’s motivations, but it never quite goes there. Still, we’re kept guessing where Luce’s real allegiances lie, and all of it requires a remarkable performance from Harrison Jr, which he delivers every moment he’s on screen. 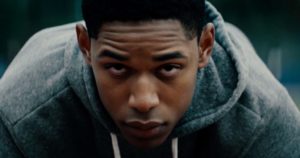 The script dances around some of the issues it wants to explore and at times crosses over into the frustratingly opaque—we never really get a sense of why Luce wrote the essay that prompted the initial concern. Other questions are left unanswered, but the storytelling confidence combined with the actors’ commitment hold right to the end. 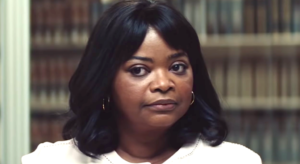 Most surprising is this challenging material coming from producer-turned-director Onah, whose first feature was the underwhelming The Cloverfield Paradox. A lot of credit must also go to the screenwriter, JC Lee, on whose play the script is based.  Either way, this is potent stuff—see it with a cinepanion, and carve out some time after to pick up the storytelling breadcrumbs Luce leaves for the audience to collect. In a summer of cinema largely made to soften the brain-butter, Luce will set it sizzling.