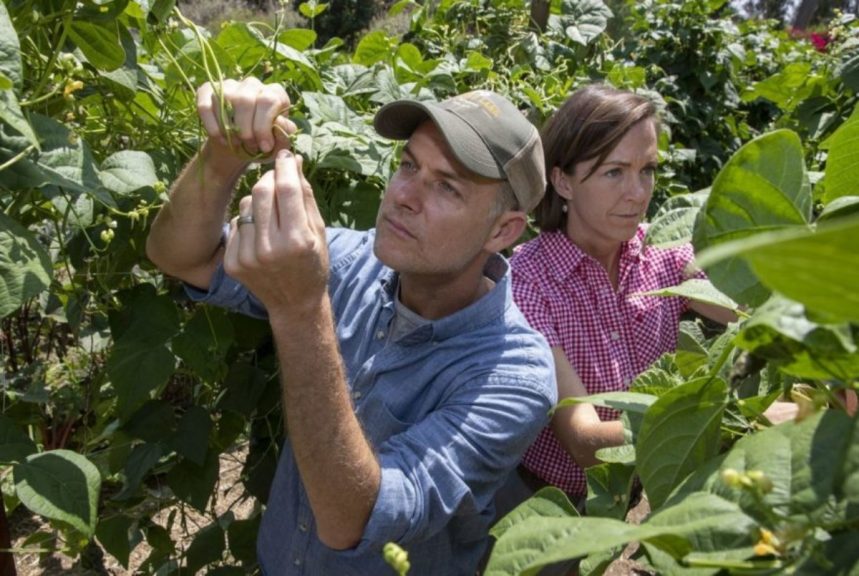 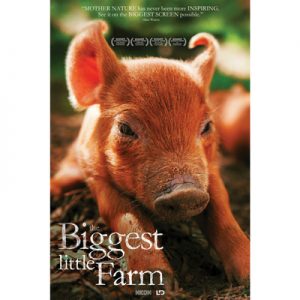 This delightful, sentimental documentary should be screened in a double feature with last year’s Anthropocene, to balance a vision of planetary destruction with one of sheer hope.

The Biggest Little Farm tells the story of John and Molly Chester, an urban Californian couple. He’s a wildlife videographer, and she’s a foodie writer. They’ve got no experience with farming, but their dream is to run a sustainable farm and move out of their apartment where Todd, their sweet but high-strung dog, won’t stop barking. They go looking for land and investors. They find 200 acres of dried-up dusty land in Ventura County, an hour north of Los Angeles, which with the help of a farming mentor, Alan York, and a few workers they bring back to life with as diverse a crop as they can manage, along with dogs, sheep, chicken, ducks, cattle, and a pig named Emma. 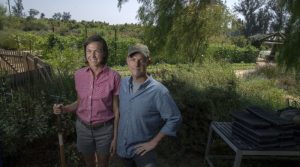 Problems abound, from pests to predators to sick animals to drought, and the couple and their workers refuses to fight any of it with industrial solutions. “Observation followed by creativity is becoming our greatest ally,” says John.  With every new challenge they find a solution, and manage to make a go of it. But the question of whether they can sustain their uncompromising idealism hangs over the production as their chickens are eaten by coyotes and gophers and snails feast on the fruit orchard. It’s a “delicate dance of coexistence,” as John explains. 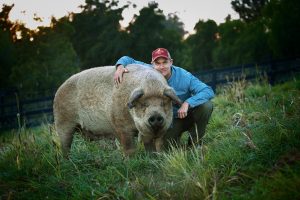 The documentary’s strength is largely in the camerawork—John Chester’s skill with capturing the beauty of the farm, from the micro—maggots and ladybugs—to the macro—barn owls, bulls, and the friendship between Emma and Greasy the Rooster. It’s gorgeous to look at and the doc tells a compelling story with just image, music, and editing. 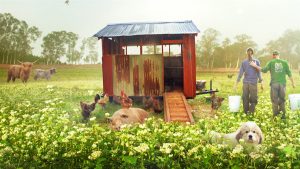 John does tend to overuse the voiceover—it makes the film feel just a little too slick for its own good. More testimonials direct to camera in the middle of the struggles would’ve helped, and turning the faces we see of the people working on the farm into actual characters. More stories of how difficult it must’ve been to go from a largely urban life to working 12 hours a day with your hands would’ve been welcome—maybe Molly could’ve chimed in about that. John also errs on the philosophical—celebrating everything from the microorganism to the cosmos, which takes the film a little too far into the granola. More hard numbers would’ve also been good—how close was the farm to going under? When, if ever, did it become profitable? 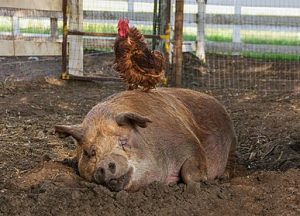 But overall, both the intent and the achievement is optimistic and heartwarming, which we could all use a dose of in these times. Maybe it’s a bit of a fairy tale, but The Biggest Little Farm suggests we can live in harmony with the planet. Imagine that.