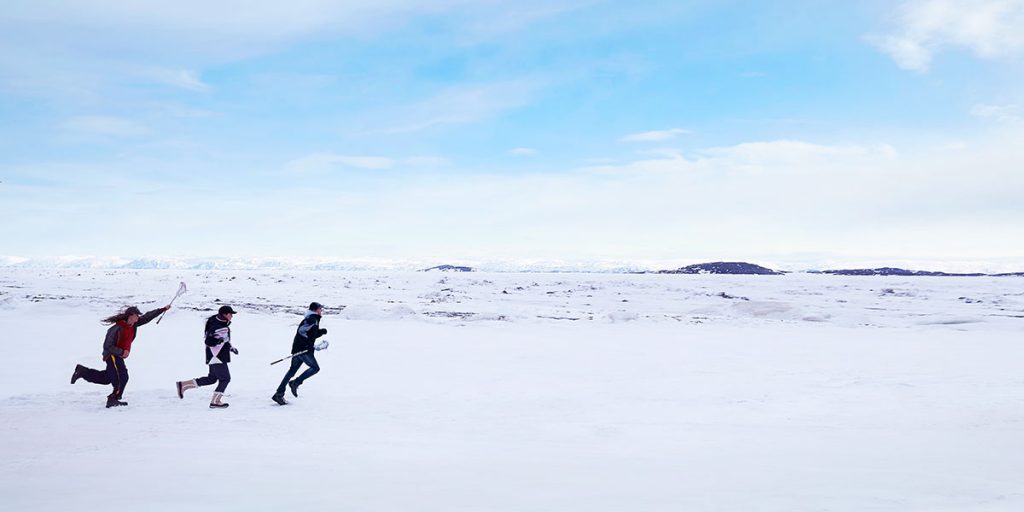 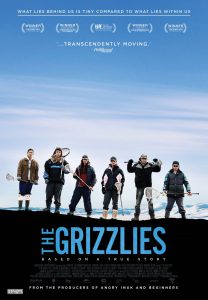 What sort of clown would have a critical word to say about a heartwarming based-on-real-life sports movie about a group of cinegenic Inuit teens who learn to play lacrosse from a well-meaning teacher? This clown, apparently.

Back in 2004, the village of Kugluktuk, Nunavut (pop. 1400) experienced an epidemic of teen suicide. Young, white history teacher, Russ (Ben Schnetzer) shows up, a jock asshole with little to no knowledge of the culture he’s going to. Heavy drinker and math teacher, Mike (Will Sasso), gives him the lowdown, but it doesn’t help. The kids are largely troubled, uninterested, and struggling to find hope in their future. To them, Russ introduces lacrosse, and the sport brings a measure of team spirit in the face of adversity. 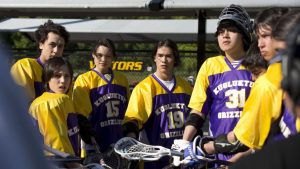 The thing is, if The Grizzlies wasn’t based on a true story, it would be totally indefensible. Yes, the teens teach Russ a thing or two about real life in the north, which undercuts the White Saviour trope that hangs over the whole project, but this is still a tale of a white guy showing up, instructing indigenous people about a game that was originated by indigenous people, and bringing the community together. We’ve seen a few too many stories like this, and The Grizzlies fails to avoid the colonial optics. 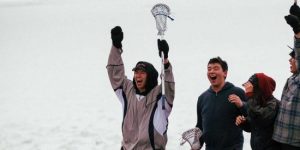 Some incidental pleasure can be found in the vivid location cinematography, which allows audiences a taste of both the incredible beauty and heartbreaking poverty in one of the country’s most remote corners. The picture manages one real score: the cast of indigenous actors, including Anna Lambe, Emerald MacDonald, Ricky Marty-Pahtaykan, Mat Nuqingak, and Booboo Stewart. They’re naturals in front of the camera, and any time they’re on screen on their own, the picture is worth watching. 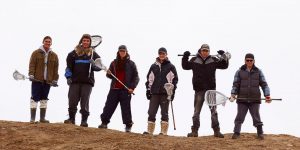 However, too much time is spent with the cocky white guy. His arc is so shallow, he’s only slightly more palatable in the end than he was at the start. His urging the teens to treat their lacrosse sticks “like their girlfriend” is but one of his more obnoxious coaching strategies, and when the picture gets down to providing a few sports-movie thrills on the field (or tundra), the filmmakers do little to convey the speed and excitement of the game.