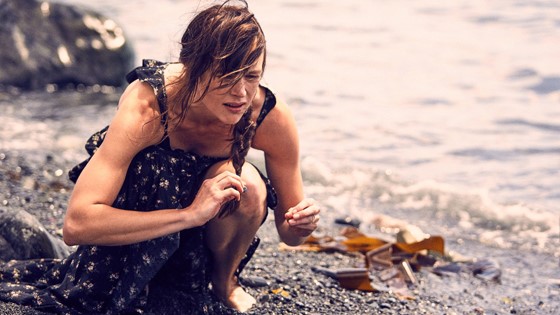 Deanne Foley’s new drama is an honest and sometimes frightening portrait of a woman’s struggle with mental illness, which first screened at FIN Atlantic Film Festival in September.

Maura (Carolina Bartczak) is a concert pianist who spends the summer at a remote cottage with her two daughters. She’s obsessive and distracted, but she seems to be holding it together until one afternoon she does something that genuinely endangers the kids. It becomes clear Maura is a threat to herself, at least, and probably people around her.

The film allows a lot of room for the set-up, allowing us to draw our own conclusions around Maura’s state of mind, but the narrative is suddenly segmented; it jumps, more than once, from an opening chapter to months later, and then onward in Maura’s life. I found that a little jarring, and wanted more time spent with her while she comes to terms with her illness—the Girl, Interrupted institutional months we don’t get to see.

That said, Bartczak is totally magnetic in the lead—if we had real stars in cinema in Canada, this role would surely do the trick—with solid support from Gord Rand and Peter MacNeill, who deliver a welcome authenticity in their scenes. Shot in Newfoundland, the film has a naturalistic look—the production lucked out with some gorgeous, sunny days and a few nicely chosen foggy ones, too. 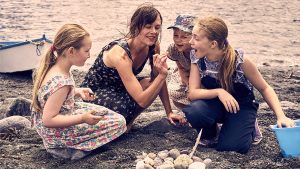 If the conclusion is a tearjerker, it’s the earned sort—the arc of a mother distanced from her children and trying to find a way back to them through the living, uncertain, ongoing obstacle of herself.