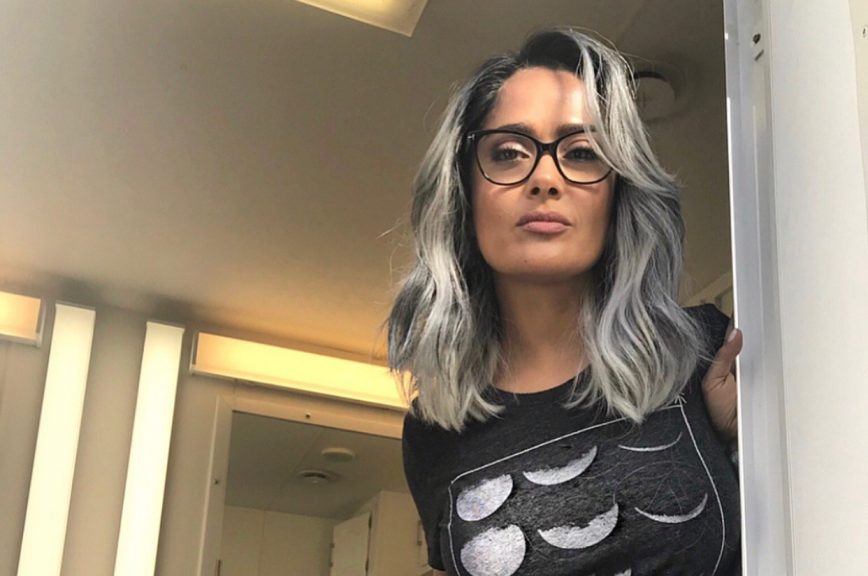 Written and Directed by Kim Nguyen | 111 min | Crave Plus 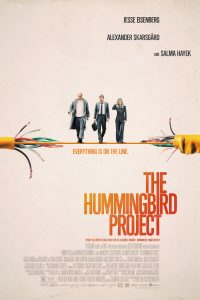 “You are here to have moments of pure inspiration, and right now, you’re not even here.” So says Eva (Salma Hayek with an amazing dye-job), to Anton (Alexander Sarsgaard), a brilliant, slightly slouched tech wizard, one of those guys operating so far above the rest of us it’s hard to see his head. Anton’s cousin, Vincent (Jesse Eisenberg), is the hustler, and their plan is why Anton is distracted.

The secret project: build a fibre-optic cable in a straight line from Kansas to New Jersey, which they’re planning with the help of construction engineer, Mark (Michael Mando). The idea is that if the digital information from the New York Stock Exchange travels along this cable a millisecond faster than it does anywhere else, it will allow the brokers a multi-million dollar advantage. 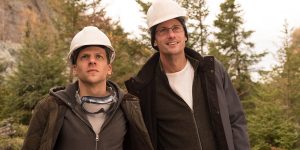 Twenty minutes in and you won’t be able to tell what kind of a movie this is. That’s to its credit: Nguyen (Two Lovers And A Bear) refuses to plant his flag of structure or genre, while skirting a few here and there: a tech thriller, a family drama, and a dark comedy, but what he settles into is that peculiarly American brand of epic, about the dreamers with the wild, relentless ambition—nothing will stop them from achieving, for better or worse—the cinematic DNA that gave us both There Will Be Blood and The Hudsucker Proxy. Vincent talks about his father’s immigration to the United States from Russia, and says this about his dream: “It’s just something I need to do.” 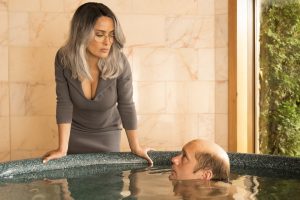 I’ve never considered Sarsgaard one of those chameleonic actors, like Christian Bale, but he’s remarkably different here than we’ve seen him before, and Eisenberg does good work, too. What’s maybe most impressive is Nguyen’s storytelling confidence, both his visual sense in the transitions, and the pacing, and characterization in the script. If it doesn’t entirely succeed in delivering an emotional wallop, the glancing blow will leave a mark. There won’t be another film like this one this year, and that’s more than enough reason to see it.