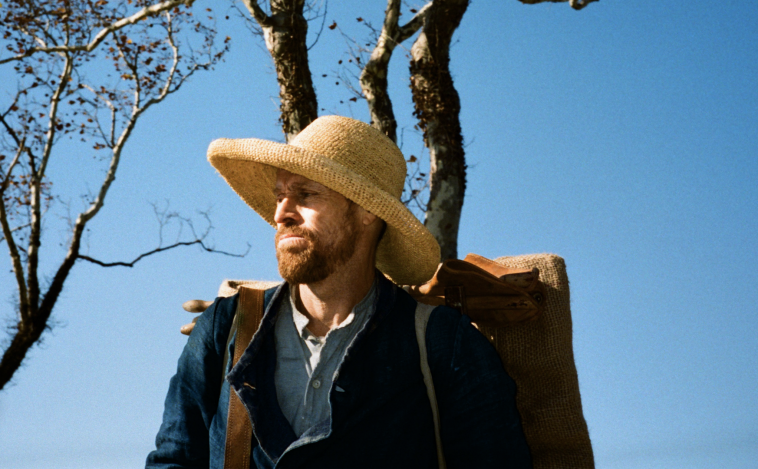 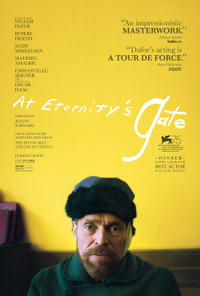 My first question: Why? Why yet another Van Gogh biopic? Was last year’s beautiful-but-dull animated feature Loving Vincent not enough for audiences? You don’t have to go back too far to find a whole lot more, such as Van Gogh (1991) Vincent and Theo (1990), and Vincent and Me (1990). Of course, there’s Kirk Douglas in Vincente Minnelli’s Lust For Life (1956).

My second question: Can painter-turned-filmmaker Schnabel (Basquiat, The Diving Bell And The Butterfly) find some fresh perspective in the life of the iconic Dutch master, something we haven’t seen before?

There are intermittent pleasures, but the answer is a solid no.

What Schnabel does right is cast Willem Dafoe, who provides an appealing kind of manic energy to the lead, especially in scenes where he roams the countryside near Arles, France. They’re the best moments in the picture, accompanied by a simple, effective piano score, Dafoe’s face open to the sky.

It’s a pleasant surprise to find Oscar Isaac’s spoken French so convincing, while it’s a lot less pleasant to find his Paul Gauguin is so one-note. Mads Mikkelsen and Mattieu Amalric both do much more with their single-scene roles.

Schnabel’s film manages to be both painfully mannered and self-conscious, digging into the places where creativity and mental illness live side by each, like every other version of this story has done. Naturally, he also explores the other part of the Van Gogh story—he wasn’t appreciated as a painter in his time—which adds a sustained note of melancholy, but the film never escapes the cliche of the tortured, unappreciated artist. There’s simply nothing here, despite Dafoe’s capable central performance, that shines new light on the painter’s well-established myth.