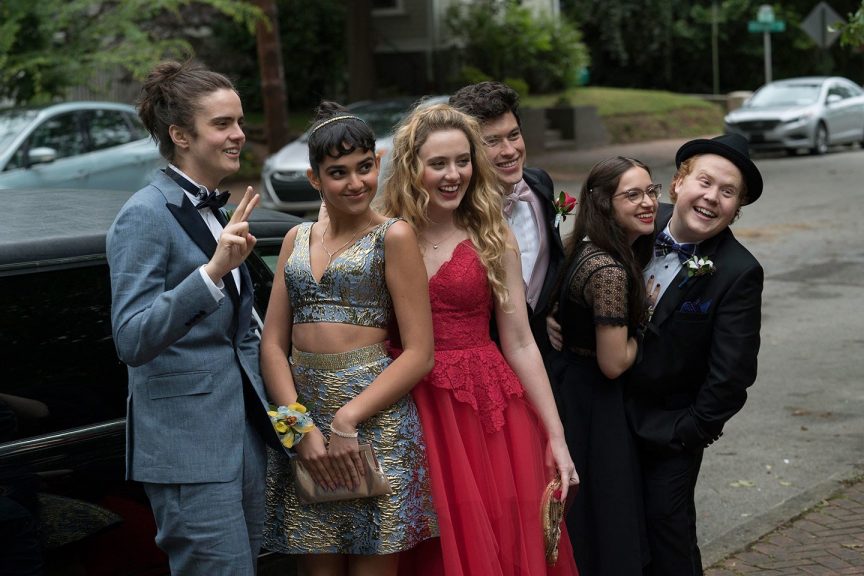 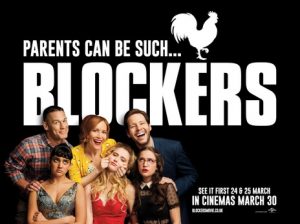 The movie’s working title was Cherries, and if you saw a trailer and figured this sex comedy about three teenagers planning on losing their virginity on Prom Night while their parents try to stop them is obnoxious, you’d be forgiven. I wasn’t much interested in it myself until I started reading reviews from near and far, and was surprised at the positive notices.

I liked Blockers. It gives the young women full credit for knowing themselves and what they want, while tackling gendered double standards and the general male assholery around sex. It could’ve been even better if they’d spent more time with the teens and less with the emotionally stunted parents, but what’s here is pretty good. 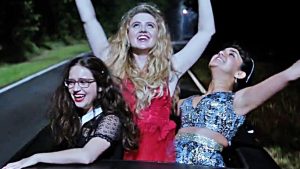 Julie (Kathryn Newton), Kayla (Geraldine Viswanathan) and Sam (Gideon Adlon, a future star) have been chums since grade school, and have decided that that the night of Prom, which is the most important night in the lives of all teenagers (according to every teen movie I’ve ever seen), they’ll have sex with boys. Julie and Kayla are game, though Sam is a little cautious, mostly because she hasn’t come out as gay just yet and is trying to figure it all out.

Meanwhile, their parents are behaving like parents do in these movies—badly. Julie’s mom, Lisa (Leslie Mann), considers herself Julie’s best friend, and is freaking out about being left alone when Julie moves away for school. Kayla’s father Mitchell (John Cena, terrific) is wildly protective of his daughter, and Sam’s Dad, Hunter (Ike Barinholtz), though presented as kind of a jerk, is actually more attuned to his daughter’s needs than the other adults.

What this movie never explains is how these messed up, immature parents managed to produce such thoughtful, grounded kids. But, whatever. 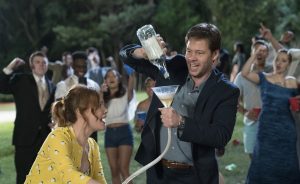 The film divides up the action between the teenagers partying all over town and the parents trying to track them down. Aside from the inevitable scene of projectile vomiting in the limo, most of the broad comedy comes from the parents’ mounting desperation in order to keep their kids from making “the worst mistake of their lives,” including a “butt-chugging” scene. It’s ridiculous, of course, but I suppose if the parents showed a fraction of the self-awareness of their daughters, there’d be no movie. 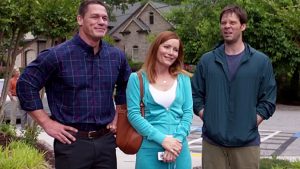 I enjoyed the time with the teens more than the physical comedy—obscured in Blockers is a more thoughtful dramedy movie in the John Hughes tradition, updated for the 21st Century. What I appreciated most is that the surprisingly progressive screenplay wasn’t entirely obscured by the other stuff, and it manages to strike solid emotional notes along the way. 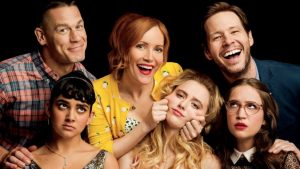