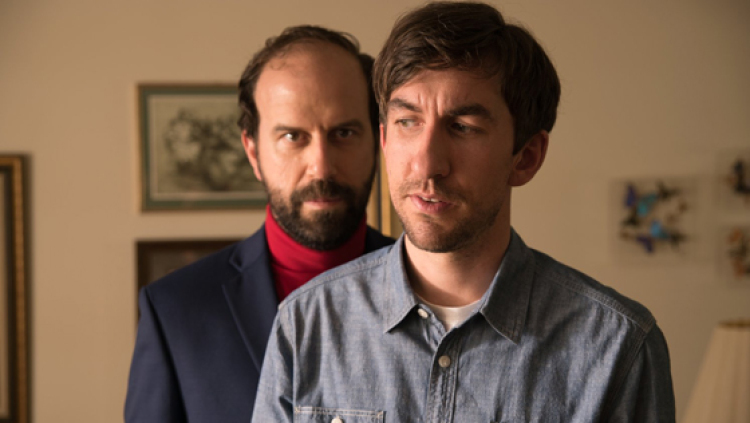 September is here, and so is the AFF, or FIN, or AIFF.  Whatever you call it, the local film festival is a bonanza for the Haligonian film lover, a chance to see local, Canadian, and international features and shorts, many of which won’t ever find their way to a big screen near you.

Last weekend I posted my list of features and documentaries I’d like to see. Whether I get to all of them is debatable—nay, physically impossible—but I have seen a few of the local and Canadian features and documentaries in advance. Those reviews are below, and I spoke about a few of them on CTV Morning Live on Thursday morning. Go here for that clip. 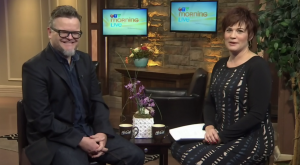 Mitch (sometime Haligonian and former Picnicface lynchpin Mark Little) won the lottery when he was a teenager, 3.5  million smackeroos, and by all reports turned into kind of a dick. We pick up with him a few years later when he’s spent every last cent, living rent-free in his parents’ (Mark McKinney and Stephnie Weir) home with the remnants of his money-making schemes, like the Evaporella, an umbrella that heats up to stay dry. When Dad has to retire early, Mitch comes up with a plan to get a boarder to move into their house. The fellow they choose, Carl (Brett Gelman), starts to mess with Mitch’s world—by charming his family, forcing him out of his comfort zone, and being a total creep.  What works best in writer-director Matt Atkinson’s Manitoba-shot Canuckomedy is his cast, with Little’s natural likability helping us swallow Mitch’s selfishness and inertia. Gelman, McKinney, and Weir all have their moments, and Carla Gallo is also a sharp presence as Mitch’s ex-girlfriend. The performers give this small, game comedy its best laughs.

Directed by Jim McDermott and Linda Campbell, this 40 minute documentary from the Nova Scotia Cultural Society of the Deaf allows for a fresh perspective on the Halifax Explosion, recounting the experience of students at the Halifax School for the Deaf (once on Gottingen Street) from that day in December, 1917. Its story largely told via McDermott signing (with subtitles) and accompanying historical imagery and photographs, the film allows for an alternative cultural memory of the catastrophic explosion, and as an archival piece in this centenary year, it’s important. It includes a video interview with one of the school’s former students who remembers the shattered glass and doors blown off hinges. 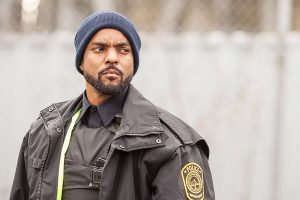 The best low-budget films use their lack of resources as a strength, capitalizing on the rawness and a sense of untrameled creativity to colour outside the lines. This is exactly what Cory Bowles does with his potent feature, Black Cop, which, if there’s any justice, should provide the longtime musician/dancer/filmmaker with a full-time career behind the camera. Ronnie Rowe Jr is the eponymous, unnamed law enforcer coming to terms with the power of his badge and the systemic racism he sees in the people with whom he works as well from the public he serves to protect. Bowles uses to-the-camera monologues, dash-cam, body-cam, and vertical cell-phone video to replicate the images of police brutality we’ve seen against black people on our own media players, and the satiric bite takes a bloody chunk when we get a montage of white voices exclaiming, “all lives matter,” and, “the protesters are much more violent than the cops,” while our protagonist dances as in a minstrel show, cut with scenes of him beating white students and suburbanites in the street. Bowles’ film stands on a bedrock of anger with something to say that’s undeniable. 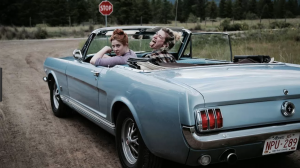 Newfoundland filmmaker Jordan Canning and writer Julia Hoff come up with an unexpectedly  moving story of two 20-something BFFs, Ronnie and Faye (Grace Glowicki and Erin Margurite Carter), who take a break from their lives for a stretch at a cottage up in the mountains of Invermere, BC. Ronnie’s brother recently died of cancer, and when he knew it was terminal he shut his girlfriend, Faye, out of his life. Ronnie’s been dealing with the grieving by self-medicating with sex, drugs, and alcohol, but Faye’s the more buttoned down of the two—her anger and resentment bubbles up in unexpected ways. Though it’s dealing with some heavy issues, Suck It Up is anything but a chore, boasting two of the most unaffected performances I’ve seen in ages, working with a script that largely avoids cliche. If you consider that, along with the incidental pleasures—a light touch in the humour, terrific location work, and gorgeous cinematography—you’ve got one of the year’s best Canadian films. (Added Nova Scotia connection: it was produced by Marc Tetreault and Jason Levangie of Halifax-based Shut Up & Colour Pictures.)

Hollow In The Land

I hate to bash a first time Canadian feature filmmaker, especially given how difficult it is to get a decent genre picture made in this country, but I didn’t much like Scooter Corkle’s moody mystery, set in the sticks of British Columbia. The story of a murder, the disappearance of a troubled teen—looks like he’s responsible for the killing—and his tough-as-nails sister who goes looking for the truth, Hollow In The Land aims for Scandi noir via Castlegar, BC, but stumbles with questionable casting, cliched dialogue, and plot contrivance. There is something to be said for the tone of pervasive gloom, and the picture builds some quality suspense, with factories, dilapidated hockey rinks and trailer homes making for vivid texture.

Also, I’m in The Coast with a couple of pieces on local documentaries playing at the festival, Small Town Show Biz: 2 Dreams from a Harbourtown and Play Your Gender.  (Click titles to read the pieces).

See you at the festival!