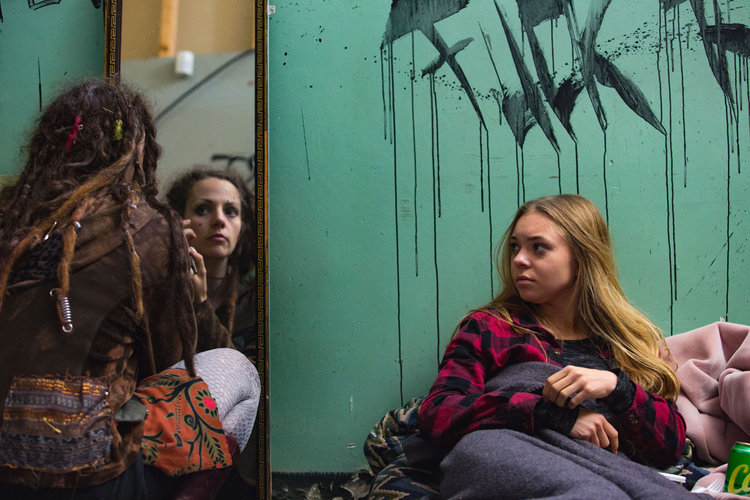 One of the entries in the 2016 Atlantic Film Festival opens locally opposite the 2017 edition, but only out in Bayers Lake.

Hunting Pignut is a scrappy Newfoundland drama about a teenager, Bernice (Taylor Hickson), from around the bay, estranged from her gutter punk father, who, when he dies, goes looking for his buddies in town who might have stolen his ashes. They include a tattooed poet named Pignut (Joel Thomas Hynes) who seems to have all the answers Bernice is looking for.

There’s a lot to admire in the spirit of this thing, and the vivid look at down-and-out St John’s is pretty plausible in the costumes, locations and attitude, thematically not a far cry from Down To The Dirt  or Cast No Shadow—hard stories of hard family times. Blue does what she can to innovate within her budget, like shooting a scene of a PCP trip through what looks like a casserole dish, while Hynes’ presence is an instant passport to authenticity, just as he was in the films mentioned above. And big props to Newfoundland songwriter Dani Bailey, whose songs are raw and powerfully evocative, bringing a lot of colour to the proceedings. 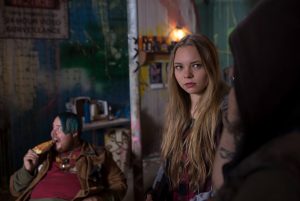 But at times the picture is so scrappy it denies common sense. Compounding that the performances are all over the map, the plot fractures and doubles back, and some scenes just don’t work at all.

Did the police really visit Bernice at home to ask about the stolen ashes or was that just a lie she told? Why does Maggie (Bridget Wareham) take such a maternal interest in Bernice when she has every reason to dislike her? And how convenient is it a certain character, late in the running, shows up lakeside in a stolen vehicle, exactly where and when the story needs him to? Too many loose ends like these keep Pignut  from coming together.