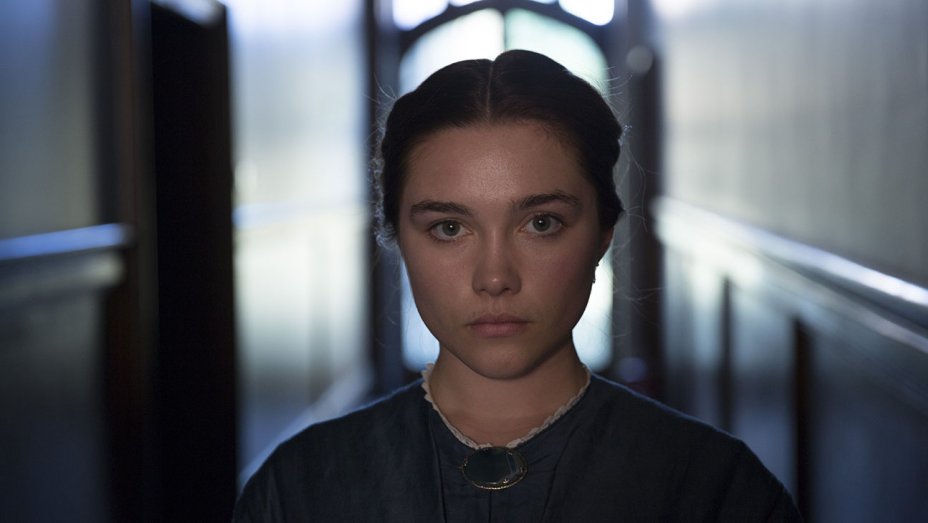 Directed by William Oldroyd | Written by Alice Birch, based on the novel Lady Macbeth of Mtsensk by Nikolai Leskov | 89 min

After a little delay, this interesting picture finally opens in Halifax on Friday, September 1.

Katherine (Florence Pugh), a young woman, is married off—sold, really—to a wealthy man she barely knows. This is England the 18th or 19th Century—the era is a little indeterminate—but women were considered as chattel back then. Her new “master” won’t touch her, and his father is cruel and demanding. She resents the limits on her freedom, but when her husband goes away on business, she uses her time to get out of the house. She gets close to one of the men working in the stables, Sebastian (Cosmo Jarvis). You know that at some stage the husband will return, but it becomes clear that Katherine isn’t someone who will let anyone get in the way of what she wants. 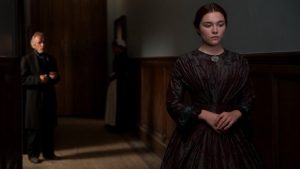 While the connection to Shakespeare’s Scottish Play is purely circumstantial, this is a film being marketed as a Brontë-esque prestige drama, all winds over the moors and repression and longing, very Jane Eyre. It’s not that—much more an old-fashioned bodice-ripper, paced like a thriller and wrapped up in less than an hour and a half.

I admired the story’s simplicity and salaciousness, and its attention-getting lead—we’ll be seeing a lot more of Pugh. Her Katherine isn’t repressed at all, she’s a heroine to root for in the first act who slowly reveals herself to be more than just tenacious, she’s also cruel and opportunistic, challenging our sympathies as we go along. Lady Macbeth has more things to say about class and especially race in Britain than it does about feminism, but it’s sly about its intent. 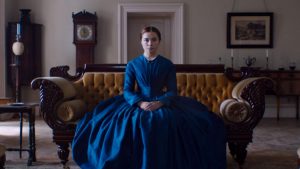 The audience I saw it with laughed nervously at and after the final scene—this was clearly not what they expected and nothing they’d seen before. A better recommendation than that I can’t make.