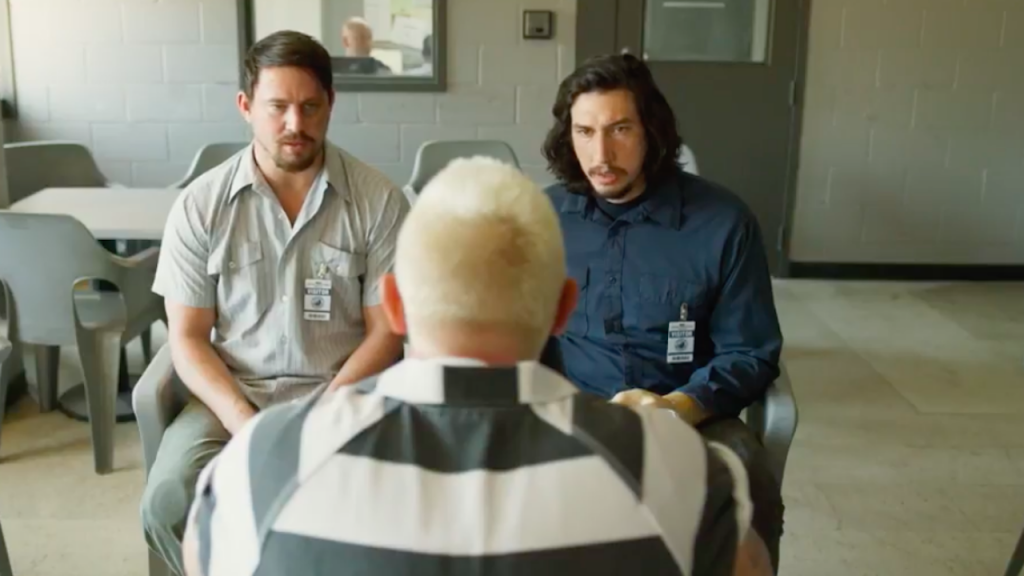 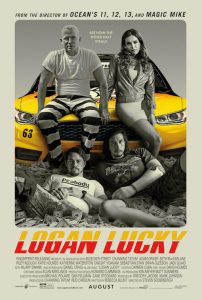 Steven Soderbergh has always been half in love with the form of film, the craft of it, and half in love with genres. In that he shares these preoccupations with the Coen Brothers—with the parallels between their styles maybe most obvious in this kind of a comedy caper—and the Coens have shown a lot of love for the culture of the American south.  I’m not sure I’d call Soderbergh’s return to feature filmmaking triumphant—he said he was “retired” a few years ago, but he couldn’t stay away—but it’s still great to have him back and firing, if not on all cylinders, then with a good amount of his typically idiosyncratic energy. 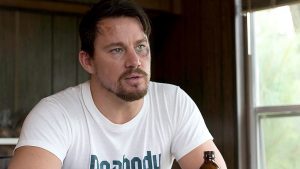 The Oceans 11, 12, and 13 auteur was right to choose another cleverly constructed but slightly goofy crime comedy as his return project. Instead of a Las Vegas casino, this team of redneck robbers instead target a NASCAR race at the Charlotte Motor Speedway. They’re led by Jimmy and Clyde Logan (Channing Tatum and Adam Driver, overcoming their physical dissimilarity with shocks of black hair and terrific matching accents), both of whom could use some good luck in their lives. Jimmy, a miner, is in some real trouble having lost his job with his ex-wife (Katie Holmes doing fine work) about to move out of state and take their daughter (Farrah Mackenzie) with her. Jimmy and Clyde recruit their little sister, Mellie (Riley Keough, effortlessly generating star wattage), to be part of the plan, and spring a safecracker from prison, Joe Bang (the startling Daniel Craig, having more fun than anyone), who demands they recruit his younger brothers (acting scions Jack Quaid and Brian Gleeson) to be part of the escapade. 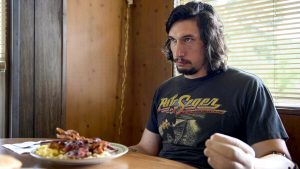 Logan Lucky spends its first two acts showing how dunderheaded its thieves are, relishing a deep dive into the working-class south, before pulling the rug out in the third with a clever collection of reversals and reveals, proving these guys have more foresight than we were led to believe. It’s airy and languorous and more than a little fun, but it’s not quite as broad, dark, or dangerous as one might hope. 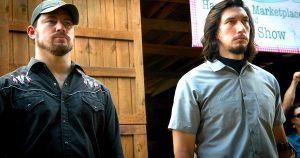 This is one of those cases where a little more bite or breadth in the dialogue might have tipped it into laugh-out-loud outrage territory, and an actual villain might’ve helped raise the stakes a little. The closest it comes in either category is Seth MacFarlane (rocking a cockney accent every bit as terrible as Don Cheadle’s in the Oceans movies) and Sebastian Stan as battling NASCAR drivers, neither of whom feel especially essential or funny. It’s a little disappointing. but if you can embrace the beer-sipping, hang-out vibe of the film, the character and tonal pleasures are plenty. 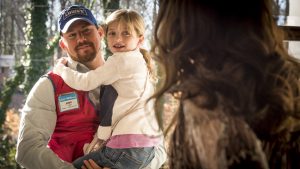 And I won’t deny it is a thrill to go see a reliably solid Steven Soderbergh picture in the cinemas again, nearly 30 years since his game-changing feature debut, Sex, Lies, And Videotape. 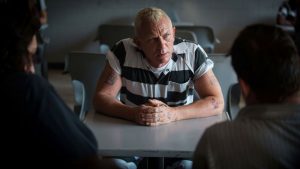