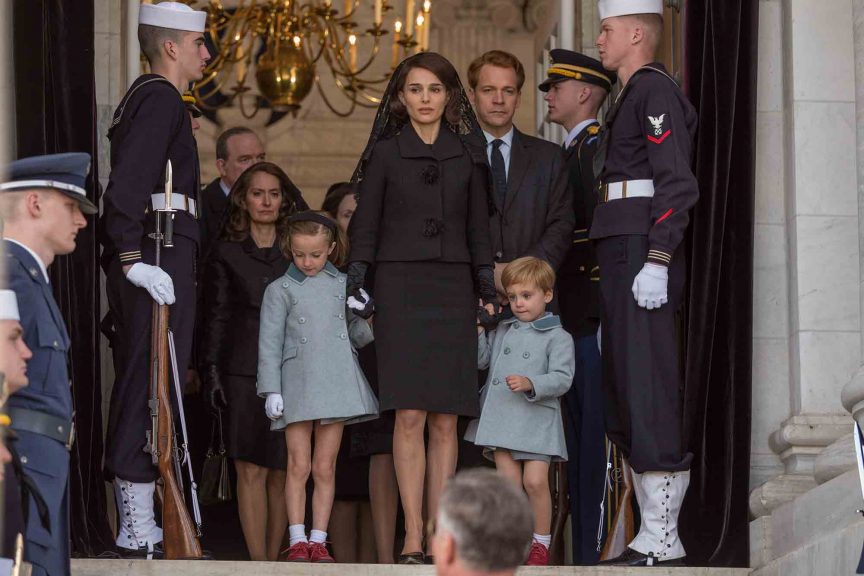 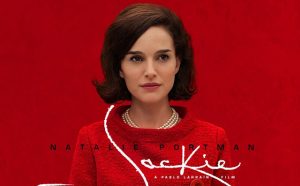 In 2016 we saw two other terrific films from this Chilean director, The Club and Neruda. This one is the third keeping the streak of quality alive, arriving here in Halifax a little late with a very much-deserved Academy Award nomination for its lead, Natalie Portman.

Portman plays Jacqueline Bouvier Kennedy, all breathy expressions and that strange New England accent, in the week of her life directly following the assassination of her husband. There’s a fair amount of flashback and some flash-forward material, but the meat of it takes place through those immediate days, ones of terrible trauma for the famous First Lady and her family.

Larrain often keeps his camera on Portman’s face, much of it in shallow focus in a way that evokes last year’s Son of Saul. We’re leaning in all the time, listening to her whispered conversations as she plans John Kennedy’s funeral, confers with Bobby Kennedy (Peter Sarsgaard), her assistant, Nancy (Greta Gerwig), confidante Bill Walton (Richard E. Grant), and a father confessor (the late, great John Hurt). She’s also joined periodically by a print journalist played by Billy Crudup, who pointedly asks her the difficult questions, even as she reminds him what gets printed will only be what she allows. Her version of Camelot.

This is as far from a typical biopic as Larrain’s Neruda, but it goes in a different direction. He never lets the images rest, shifting from colour to black-and-white, manipulating the visuals to give the illusion of stock imagery and footage. The score by Mica Levi is powerful and jarring, helping frame the drama in the most operatic terms. Scenes come in lashes, waves of personal horror and sorrow. We’re granted access to both Jackie’s deep-seated fear and reserves of strength as she exerts her will, her position,  in a way she’ll never be able to do again. 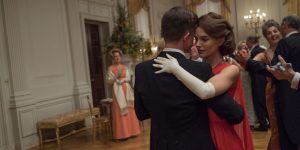 As a cinematic portrait of power denuded, it joins Secret Honor and Downfall as one of the best imaginings of how it might have been. And Portman offers a performance the likes of which we’ve never seen from her, a definitive psychology of someone we may have thought we already knew. Not like this.