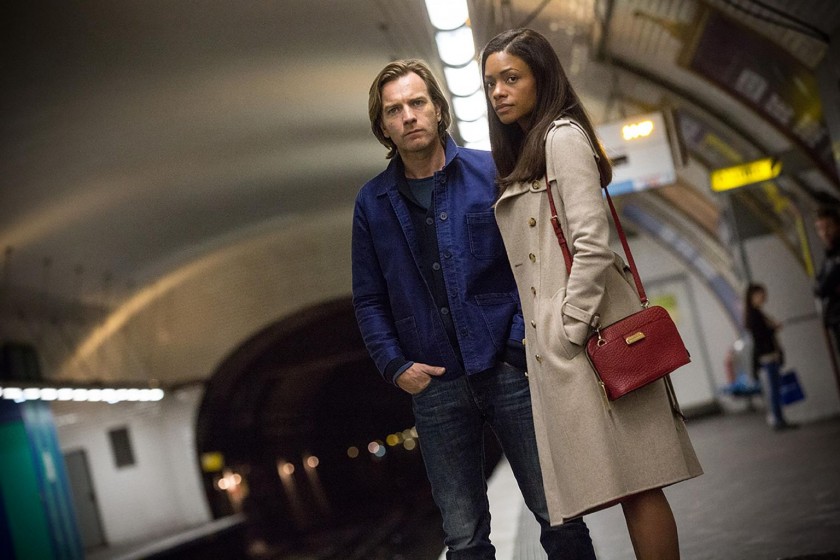 Poetry professor Perry (Ewan McGregor) and barrister Gail (Naomie Harris) are a couple in trouble. They head to North Africa to see if a romantic getaway might help their marital strife. There they meet Dima (Stellan Skarsgaard), money man of the Russian mob. He’s got some bad friends, but a sprawling passel of children, innocents in the games of deceit. Perry agrees to be a courier of data from Dima to the British secret service: Dima has important information about UK businessmen and politicians who are in bed with these gangsters. He’s willing to share the details so long as his family is guaranteed safety.

The familiar Le Carré tropes are trotted out—the civilian drawn into the spygames who, despite his lack of experience, becomes an expert in lying. The formula, combined with solid location work—London, Paris, the alps—generally works. It did very much in this year’s other Le Carré adaptation, BBC’s The Night Manager. The problem here is the couple in the centre of the story aren’t plausible. They have no background, and even the subplot of the discord in their relationship is cast aside as soon as the espionage elements are introduced. Neither McGregor nor Harris brings much to the table to help us understand their choices, such as why they would continuously put themselves in harm’s way to help a man they met on vacation. We’re given suggestions that Gail might feel a maternal connection to Dima’s kids, but without any concrete assurance, and we’re told again and again that Perry is a good guy, but never quite buy it. Support from Damian Lewis as their MI-6 contact isn’t much help: He remains resolutely dull. Which leaves the drama to be carried by Skarsgaard. He’s great—Dima walks the line between scary and sympathetic in a way that almost saves the picture. He gives us someone with complexities to root for. But as Our Kind of Traitor rounds the bend of the third act to a predictably inevitable conclusion, it challenges any investment in its outcome.