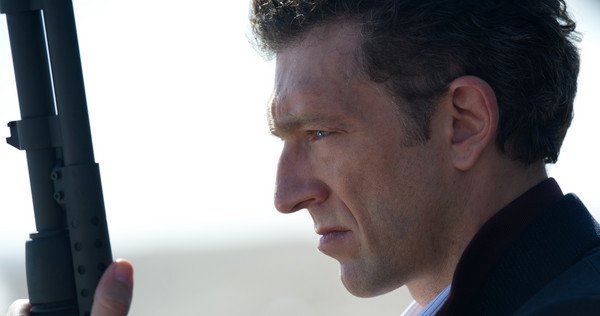 Directed by Paul Greengrass | Written by Greengrass and Christopher Rouse, based on the character created by Robert Ludlum | 123 min | ▲▲▲△△ 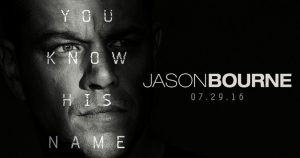 In the first decade of the millennia, the Bourne franchise served up an amnesiac assassin whose better nature overcomes his programming, dispatching both foreign agents and his corrupt former bosses in a flurry of terrifically staged and shot action sequences. It also seemed perfectly timed for the zeitgeist — post-9/11 spy thrillers shooting to thrill while drilling to the core of our anxiety about a world of shifting geopolitics.

That’s what the new, eponymous Jason Bourne isn’t quite able to manage — despite hitting all the expected action beats. Fourteen years after the original it strains to find the same relevance of feel anywhere as fresh.

We pick up with Bourne (Matt Damon), who can now painfully recall his past in blurry but helpful montage flashback, at the Greek/Albanian border where he’s a bare-knuckle brawler. Nothing says, “I have a death wish” more than fighting huge, sweaty, tattooed men, but what drives our hero now is harder to articulate. With just a handful of lines in the film, Bourne himself isn’t telling.

A figure from Bourne’s past shows up, former CIA analyst Nicky Parsons (Julia Stiles), who he may or may not have once had a thing with. She’s hacked into the CIA mainframe and plucked out the evidence of their black ops history, with plans to Wikileak the hell out of it.

Why she needs to find Bourne or get his help with this strains credulity. She learns something personal about Bourne’s past from the files, but would she really prioritize getting on a plane to find him before releasing all the information online? It does give Greengrass the chance to stage a convincing austerity riot in Athens, but in terms of character motivation this feels very thin.

(Also, picking nits, how could she have been born in 1983? That would’ve made her an unlikely 19 in The Bourne Identity.) 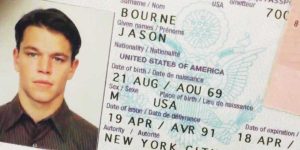 We meet The Asset (Vincent Cassel), another CIA operative with a personal connection with Bourne, as well as Heather Lee (Alicia Vikander, whose speaking voice here sounds like it’s produced in a steel larynx, more so than her robot in Ex Machina). She’s got the Joan Allen role in this one — working for the people looking to take down Bourne, but she maybe wants to keep him alive and get him back on side. And in the Chris Cooper/Albert Finney/Brian Cox corrupt executive spy role, a more-grizzled-than-an-apple-doll Tommy Lee Jones, who doesn’t bring much nuance to the part.

All this is very familiar. Maybe too much so: Bourne is given a little added motivation in the first act with the death of someone he’s trying to protect, a beat-by-beat replay of what we saw happen in The Bourne Supremacy.

The surveillance tech has been upgraded to near omniscience, giving Bourne an almost analogue approach to his patented tactical improv — setting off fire alarms to create a diversion and pawing through old passports seems almost quaint. But there’s a conflict in that — Bourne is now an old dog in this constantly changing world, and accordingly he has a tougher time staying a step ahead of those folks who want him dead. The jagged camerawork and an insistent, ubiquitous score still work to sustain the periodic action set-pieces, but Greengrass fails to offer anything here topping the breathtaking stunts in The Bourne Ultimatum, such as the camera following characters jumping from rooftops through windows. 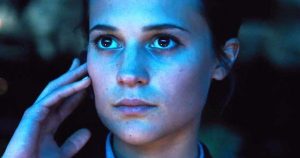 The strain for the zeitgeist really shows when we also get a subplot circling around a Zuckerberg-esque social media wizard (Riz Ahmed) in bed with the CIA — the spymasters want to use his technology to watch the world. Cue a conversation about privacy and freedom, but this feels shoehorned in rather than something we care about directly connected to what Bourne is doing. The script doesn’t give Ahmed enough time or emotional heft, and the idea that a director of the CIA would appear on a Las Vegas stage with him seems entirely implausible.

It’s less the screenwriter’s fault rather than more bad timing, but if the dastardly elements in the plot sound familiar it’s because the big bad in Spectre had the same plan: universal surveillance. Once upon a time Bourne’s intensity challenged James Bond 007 to up his game, but now the American assassin’s a step behind the man with a licence to kill. And twice name-checking Edward Snowden doesn’t help matters whatsoever.

On the plus side, Damon still delivers a compelling lead in his typically taciturn way, and Vikander, especially, holds her own opposite him. I still have hope that there’s a future entry in this franchise that feels more essential than this one. Maybe it’s time for Jason Bourne to come in from the cold.