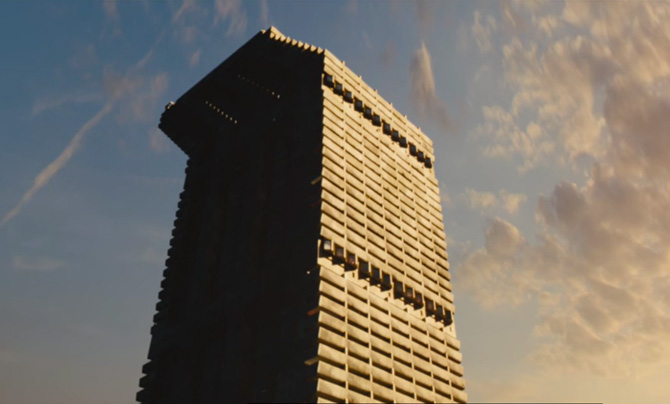 Directed by Ben Wheatley | Written by Amy Jump, based on the novel by JG Ballard | 119 min |▲▲▲△△ 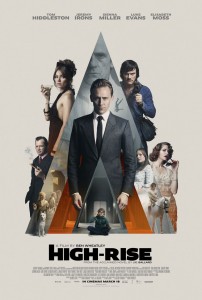 Dogs have a rough time of it in High-Rise—injured, drowned, and eaten. Though, by the film’s end, you might start to think they were the lucky ones. This is a pitch black comedy, a class satire of status-seeking Brits living in a brutalist condo tower. It’s set in a 1970s that never actually existed but was frequently imagined in fashion magazines of the era. 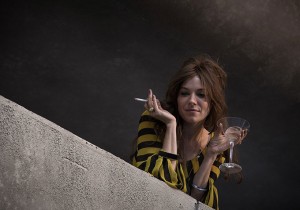 Tom Hiddleston is Laing, the ostensible protagonist, a surgeon who just moved into the building where he finds a group of hedonistic residents living on various floors designating their place in the insulated society, the richer the higher—filmmaker Wilder (Luke Evans, channelling Richard Harris at his bellow-y peak) and Wilder’s deeply pregnant wife, Helen (Elizabeth Moss), on a lower floor, with socialite Charlotte (Sienna Miller) and Laing himself up above. The architect of the development, Royal (Jeremy Irons), lives in the rarified air of the penthouse with his posh wife, Ann (Keeley Hawes), and her horse. 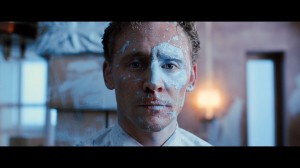 It’s a wonderfully biting and politicized concoction from the director and writer of Kill List and A Field In England, with lots in the direction and production design to chew over.

It’s also much longer than it needs to be, with the characters’ journey from a civilized if pleasure-seeking crowd to the mob rule made in a dreamlike transition. It’s not entirely clear how it’s set off—I guess these miserable people were already teetering on the verge of full-blown revolution so it’s a short distance to travel. There’s something to be said for a reality so insulated—consider Snowpiercer for a similar allegorical effort—but in this case it doesn’t provide much of an arc for the characters. 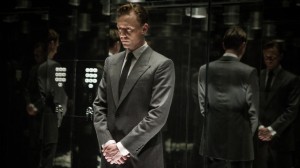 High-Rise is never less than entertaining, but the audience is held at arms length. We’re given balcony seats for the bloody freakshow rather than indicted by it.