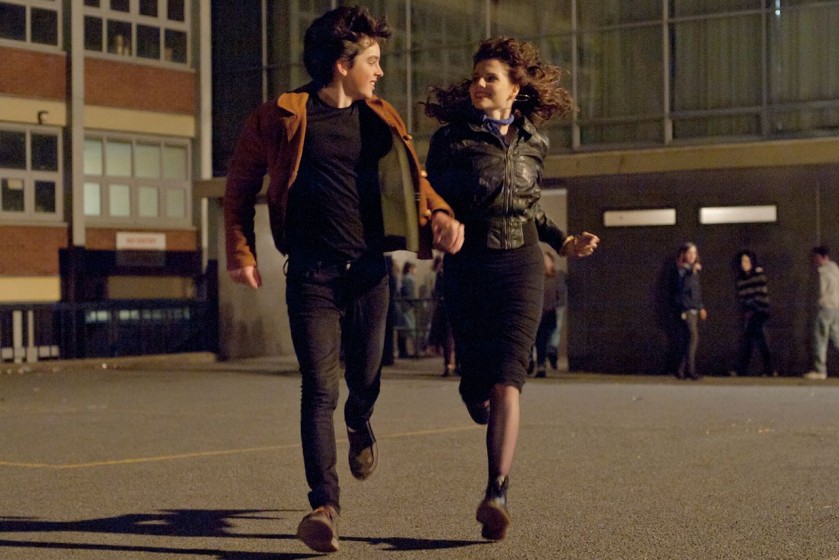 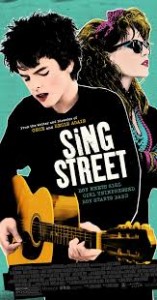 The ideal coming-of-age story combines a real sense of autobiography—something inarguably authentic about the time and place—with terrific characters on a journey, usually involving first loves, first adventures, eyes opening to the world. That’s what Carney has captured here, a story that must have been inspired by his youth in mid-1980s Dublin. The filmmaker impressed with his shoestring-budgeted Once, which conquered the world and the Oscars, while his American follow-up, Begin Again, disappointed. By going back to Ireland and mining his roots he’s made something genuinely joyful.

Connor (Ferdia Walsh-Peelo) is a 15-year-old boy whose parents (Aiden Gillan and Maria Doyle Kennedy) are struggling with both their finances and their marriage. Connor starts at a new Christian Brothers school, full of brutal priests and terrifying bullies. He escapes into music. There’s a girl, Raphina (Lucy Boynton), an aspiring 16-year-old model looking to head to London, who inspires Connor to start a band with classmates he barely knows. There’s also Connor’s older brother, Brendan (Jack Reynor), who teaches him to recognize quality in music.

And there’s the music itself, delivered via Top of the Pops at 7pm Thursday nights. Videos from Duran Duran and Spandau Ballet, with songs by Joe Jackson, The Cure, and Hall & Oates filling the soundtrack. An excellent selection of tunes underpinning the adventure and the couture. 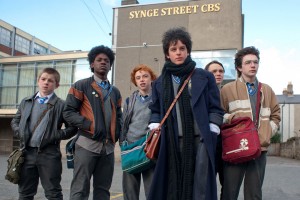 Sing Street is largely a comedy, delivering a little drama with a very light, heartwarming touch. Much of that comes from terrific casting—each of the kids convince as awkward but talented, shades of that other terrific Irish movie about a young band, The Commitments. I wouldn’t call it exactly realistic: they’re surprisingly quick to learn their instruments, and Connor and his songwriting pal Eamon (Mark McKenna) are especially gifted at writing songs—though deeply indebted in style and structure to the bands mentioned above.

I don’t think it’s an accident, either, that they look a little like teenaged Paul Hewson and Dave Evans, who went on to form U2 with fresh rock n roll monikers. This is entirely aspirational stuff, which, in the final few minutes, crosses over into complete wish-fulfillment. But by then, the picture has earned its unabashed dreamtime.

At its core, an ode both to brotherhood and teen love—the geeky kid who connects with his friends and romances the beautiful girl with his songs, with Walsh-Peele and Boynton both a delight. While a sequel to this kind of film seems unlikely, I’d love to see where they go next. The future is open wide.