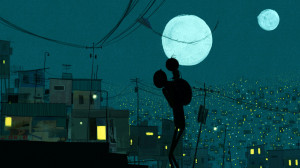 Regular readers will know that for most of the past year I’ve been working at Halifax’s Independent Cinema, Carbon Arc.

At the beginning of 2016, I took on the role of Writer-in-Residence, writing on the site blog about the films we were watching and describing audience reactions. Reaching out to a growing community of cinephiles.

At the end of last year, I capsule reviewed all the films we showed from September to November. Here’s a look back at the films we programmed from January through to the end of April 2016, with links to my full, detailed reviews on the Carbon Arc site. 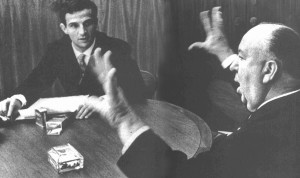 Hitchcock/Truffaut is a documentary that revisits the week-long meeting Francois Truffaut and Alfred Hitchcock shared in the early 1960s, which led to Truffaut’s famous book on cinema, single-handedly reviving Hitchcock’s reputation as a master filmmaker. It’s film-nerd nirvana. Following that, we screened Oscar-nominated Brazilian animated picture Boy & The World. A beautiful and dreamlike film, I felt the intensity of its environmental theme to the point where, for me, it became a little heavy-handed. Still, essential viewing for fans of quality animation. 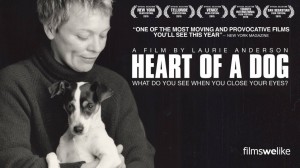 It’s hard to imagine a more poignant, funny, and surreal ode to death and change than Laurie Anderson’s Heart of a Dog. Partly a documentary, partly an art piece, I’m not sure I entirely understood all of it, but I did enjoy the wandering path it took me on. 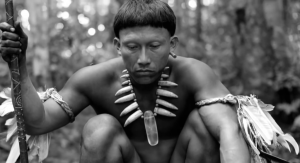 Embrace of the Serpent might’ve been the high point of the season. The ticket demand for the first screening was so strong Carbon Arc brought it back for a second a few weeks later, a first for the cinema. The film is an epic in the mode of Apocalypse Now or Apocalypto, shot in stark black and white in the Amazon and set in two time periods, the early 20th Century and a moment before World War II, with two sets of European explorers encountering a shaman at different points in his life. 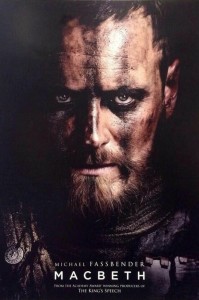 The Scottish Play becomes The Scottish Film in MacBeth. I called Justin Kurzel’s Shakespeare adaptation the most impressive I’ve ever seen, with the possible exception of Peter Greenaway’s Prospero’s Books. Kunzel’s film is a visual triumph, taking us into hell itself as the king loses his way. Marion Cotillard is especially impressive as Lady MacBeth, bringing to life not an ambitious madwoman, but someone grieving deeply from the death of her child.

If I had to choose a picture that could stand alongside Embrace Of The Serpent as the best from this season, it would be another Oscar-nominated stunner, Mustang, which tells the story of Turkish sisters looking to avoid the fate of their older siblings who were forced into arranged marriages. The characters are vibrant and the directorial choices rich and rewarding. I can’t wait to see it again.

The Jordanian picture, Theeb, also impressed as a historical adventure and a coming-of-age film, one part Raiders of the Lost Ark and one part The Searchers. And that weekend we also screened the Atlantic Canadian documentary,  Strange and Familiar: The Architecture of Fogo Island, which is about how creative architects and designers revived the community on Fogo. 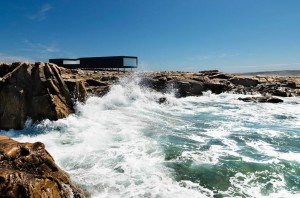 The Belgian comedy Brand New Testament probably earned the most laughs of the year. It’s a terrific (and probably blasphemous) imagining of God as a spiteful shut-in. His daughter takes revenge on her father by releasing humanity’s death dates. Though it doesn’t quite meet the expectations set by its wonderful trailer, it’s still a pretty great film.

Only Yesterday was the first film of the season I struggled with. The “lost” Studio Ghibli film—originally released in Japan in the early 1990s but never in North America—about a woman remembering her childhood in Tokyo while working on a farm. It’s a sweet, well-observed story, but it didn’t grab me as more than for anthropological interest.

But The Club really did. From Chilean director Pablo Larrain, the film is a punch to the gut. It tells the story of four disgraced Catholic priests and a nun, holed up in a suburban home in a small, seaside town. When a new man joins their group, he brings with him a victim of his crimes, and reminds them all how some sins are never forgiven or even confessed. The film is an entirely effective criticism of the church, utilizing unexpected, visceral techniques to unnerve.

My Golden Days is a coming-of-age drama from renowned French filmmaker Arnaud Desplechin. I really enjoyed the look back at France in the 1980s, the music and culture, and the universal story of painful and unresolved first love.

We took a turn into thriller territory when we programmed The Invitation , about a group of Los Angelenos meeting at a party in the Hollywood Hills, where the hosts just might be part of a cult. Some serious horror genre fans in the audience found it frustrating, but I enjoyed how it kept me guessing until the end. That evening we also screened the generation-spanning Quebec family drama  Our Loved Ones (Les Étres Chers), an ambitious story of how depression can be passed down in families. It impressed, though I think I admired it more than I loved it.

Francofonia was our season closing film, a semi-documentary about the history of the Louvre, in particular the period during World War II. Its appeal split the audience and our programming team, but I found it a strangely soothing film to sit through.

Part of my responsibility as Writer-in-Residence at Carbon Arc was to write a script for a short film. If you’re interested, check out an early draft. It’s called “Leaving Baghdad” .  I’m hoping to have it animated.